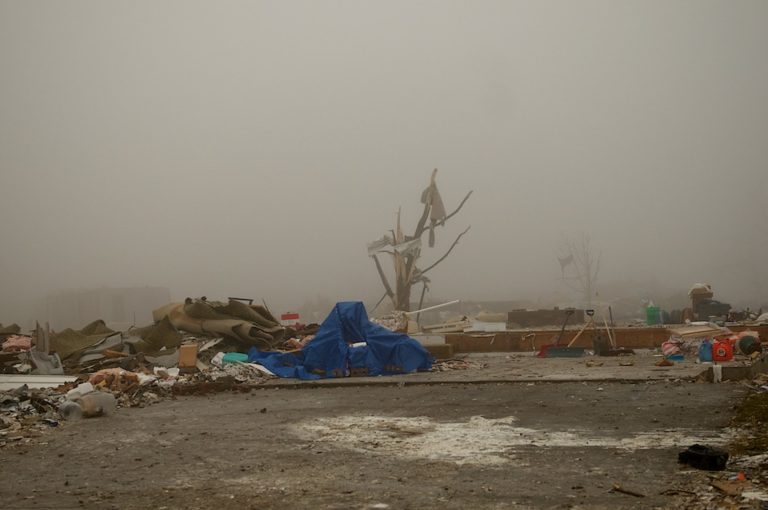 Oh, the weather outside is frightful. I suppose that’s what you say when you get hit with an EF4 tornado less than 6 weeks before Christmas. Such is the reality in Washington, IL, and Gifford, Pekin, East Peoria, and many rural areas in central Illinois. Now the problem is extreme cold weather, with wind chills below zero. 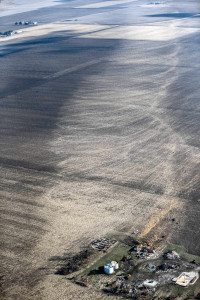 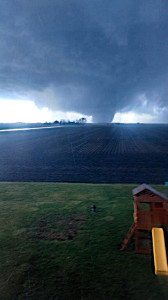 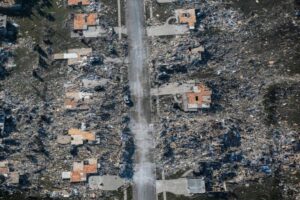 The extremely chilly weather has not stopped hundreds of volunteers from helping the hardest hit areas, especially Washington and Gifford, from removing debris from the over 1000 destroyed homes. The Fellowship of Christian Farmers teamed up with Global Compassion Network to clear several lots, using a back hoe, skid loaders, and muscle. The FCFI motor coach and shower trailer have been parked at Bethany Community Church Farmhouse, just north of Washington, to house volunteers from Iowa and Indiana. 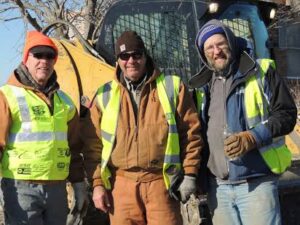 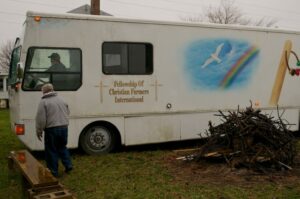 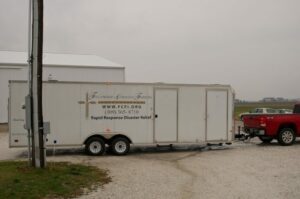 The extreme cold may have slowed the recovery work some, but spirits are high and the work continues. The Fellowship of Christian Farmers, Global Compassion Network, Samaritan’s Purse, and Bethany Community Church in Washington are working together to form work teams, and many other volunteers have joined in to help Homeowners have been most appreciative of the volunteer work. 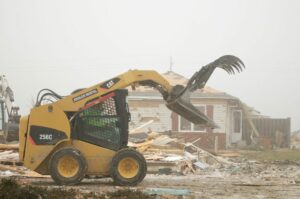 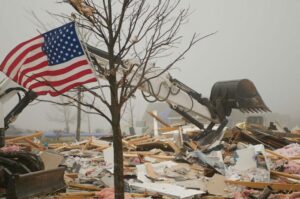 Jack and Brian are next door neighbors, who lost their homes in the November 17th tornado. Most of the neighborhood was still in church, so the homes were empty. But some had already arrived home, and had to take shelter immediately. Brian reported that a car had flown 8 blocks, with a mother driving 2 young children. The car landed on its wheels and was then covered with debris. Only the driver’s side window was visible, and the mother climbed out with her two children totally unharmed. 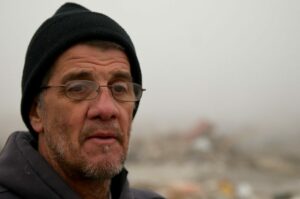 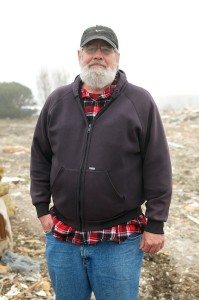 Dick was watching the skid loader and back hoe bring down what was left of his mother-in-law Verna’s home. The home had no basement, as many homes on that block, and the seniors were taught to go to the interior bathroom in case of a tornado. Verna hunkered down there, and endured the loudest, scariest few moments. When it was over, she pried her way out of the bathroom to see that most of her house was gone. But she was uninjured. A dresser containing her wedding ring was gone. Dick noticed a cut in the carpet near where the dresser was, and lifted it to reveal 4 rings, including Verna’s wedding ring. Also, the roof had been torn off, and the plaster ceiling came straight down, protecting several framed photographs. Verna was about to go to the eye doctor to replace her glasses when they were found on the floor, with only minor repairs needed.

Verna had commented that she was much better off than many others, who lost everything and were uninsured. 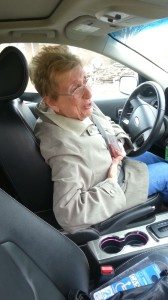 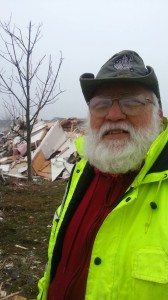 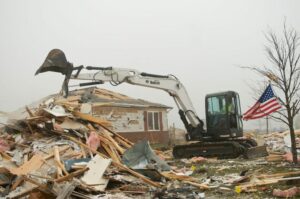 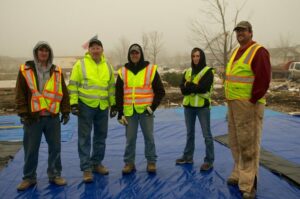 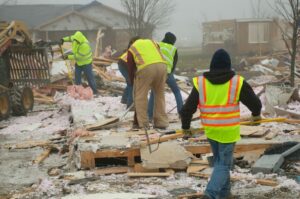 In another story heard from a friend, who’s brother lost his house very near where we were working, an elderly lady was alone in her home sitting in her recliner. She wasn’t able to get around well, and knew she would never make it to the basement, so she stayed in her recliner and prayed. When the tornado had passed, there was little left of her house, yet there she was sitting in her recliner unhurt. 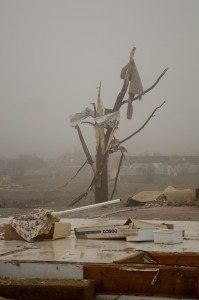 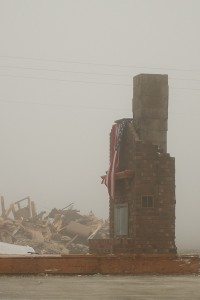 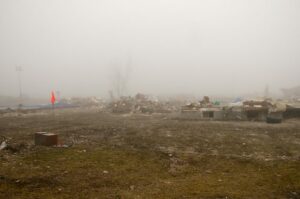 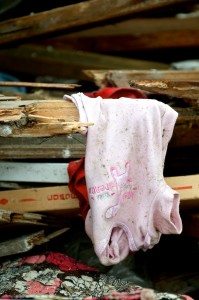 Much was lost in this horrific storm, and yet much was saved. God’s very own have given their time and talents to help their neighbors, whom they just met under the worst of conditions. How do we know what God wants us to do? Look at how God has gifted you. Use your gifts to help others, and give Glory to God.