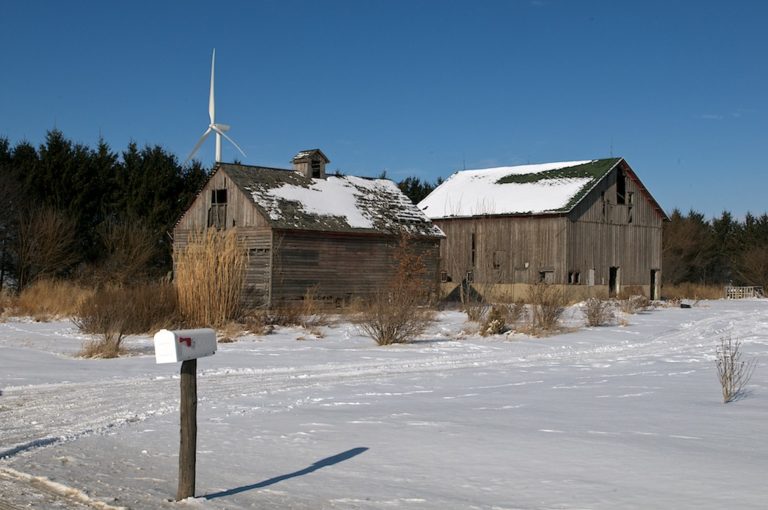 So we’re in the winter doldrums here. Everywhere you go, the talk is all about the weather – the snow and cold and ice. You can’t go anywhere without talking about the ice that covers the driveways. The elderly are trapped in their houses for fear they will slip and fall if they step out of their front door.  My chiropractor was telling me about all the adjustments he’s been making due to ice injuries and snow shoveling (mine included). He said, “The weather is terrible but it is sure good for business.” I suppose so.

I was reading a publication other than this one, and there was an article in it about how the walk-in business at one of the local medical clinics had slowed to half of it’s normal traffic this winter due to the cold weather and high amounts of snow. The article was bemoaning the fact that the winter weather was keeping patients away from the clinic. In the article, one of the doctors said he hoped the weather straightened out so business would pick up again. That seems odd to me – usually cold weather means more colds and flu and more visits to the doctor, but apparently that is not the case this year. It goes to show you (me anyway), that maybe we don’t need to go to the doctor every time we get a sniffle.

We are now into the month of March. You wouldn’t know it by the thermometer but I promise you it is going to start warming up soon. I realize that March is one of the most brutal months of the year weatherwise. One can experience all four seasons in a single day as winter holds on for it’s last hurrah. No matter, my no shoveling snow rule goes into effect on March 1 of every year. That rules states: “I will shovel no snow after March 1.” Whatever snowfall occurs from here on out, will be removed from my premises by the rotation of the earth as it moves closer to the sun. I’ve put my snow shovels away. Sometimes it takes great discipline not to break this rule, but if one can hold out, it is worth the commitment. There is no bigger waste of time than moving snow. The sooner that job is over the better. Enough of snow talk for now. Let’s put that behind us until next Christmas season.

Recently my son and daughter-in-law attended an Alan Jackson concert. One of Alan Jackson’s hits from yesteryear is a song titled “Drive.” It’s a song about his Daddy teaching him how to drive in his youth back on the farm. It tells the loving tale of how his dad put him behind the wheel of his boat and let him drive; and then he taught him how to drive an “old half ton Ford,” and how he’d drive down the dirt lane taking the trash out to the ditch. “It was just an old hand me down Ford,” the lyrics say, “with a three speed on the column and a dent in the door. A young boy with two hands on the wheel, I can’t replace how it made me feel. I’d press that clutch and keep it right and he’d say a little slower, son, you’re doing just fine. Just a dirt road with trash on each side, but I was Mario Andretti when Daddy let me drive.”

In the last verse of the song, Alan Jackson talks about how he taught his own children how to drive and what joy that brought into his life. I brought the video up on YouTube and watched it after my son sent me a short clip of the song live from the concert. As I watched, I felt tears streaming down my face from my own memories of teaching my children to drive.

So I called our daughter and asked her what she remembered of her early driving experiences. She told of how we would go out to feed the cattle in the pasture in our ‘93 Chevy half ton five speed farm truck. She said I showed her how to push the clutch in and put it in granny gear and then let it out slowly and carefully move forward. Then I had her slide over behind the wheel and I went around and climbed into the back of the truck. She put it in gear, pulled herself up by the steering wheel so she could see over the top, then let the clutch out ever-so-slowly and crept across the pasture while I dropped chunks of hay out the back for the cows.

One of my more prouder moments was, when she was about 12 years old she asked me if, when she got her license, could she have that truck as her very own. Of course she could and four years later it was her’s. (I wanted a new one anyway). She drove herself and her brother to school and back in that old blue truck every day. One day when I stopped at the Farmer’s Exchange in town, the manager Denny, told me how she had stopped and filled up that morning. Before she pulled away from the pump he told her to be careful not to turn to soon and scrape the concrete post protecting the pump. He said she put it in gear and he was impressed how slowly and carefully she pulled away without a hitch or jerk. He just had to tell me – and I’ve never forgotten. Those were the good old days.

Later, I asked our son about his earliest driving memory. He shared how he learned in a different truck than his sister. It was a ‘94 Dodge half ton, 5-speed. I had him climb in behind the wheel, and from the passenger seat, I explained how to put it in gear and carefully let the clutch out and move forward. He took off from the concrete slab on the east side of the machine shed and we headed out across the empty corn field. He remembers the corn stalks smacking up against the floor of the cab as he accelerated and decelerated and pushed in the clutch and shifted into the next gear.

The next thing I knew, he was trying to convince me he needed to buy his own Dodge truck, complete with a five speed transmission and Cummins diesel engine. It was a bargain from his uncle. It had been sitting for five years. All it needed was a new starter, a little engine work, some body work and a paint job. How could I say no to that? He and his uncle got it down to our place and into our “shop,” where he spent the summer of his 15th year tinkering with the motor and sanding and priming the body of that ‘92, first generation Cummins truck. Now, four cars and nine years later, that truck sits in the corner of our shop in prime condition waiting for Spring to arrive so he can drive it on the salt free roads. I may have to get it out before he gets here just to make sure it’s all primed and ready for him to drive. It’s something about shifting gears, noise, and black smoke. It gets in your blood.

“Charge, you horses! Drivefuriously, you charioteers! March on, you warriors,” (Jeremiah 46:9, emphasis mine).