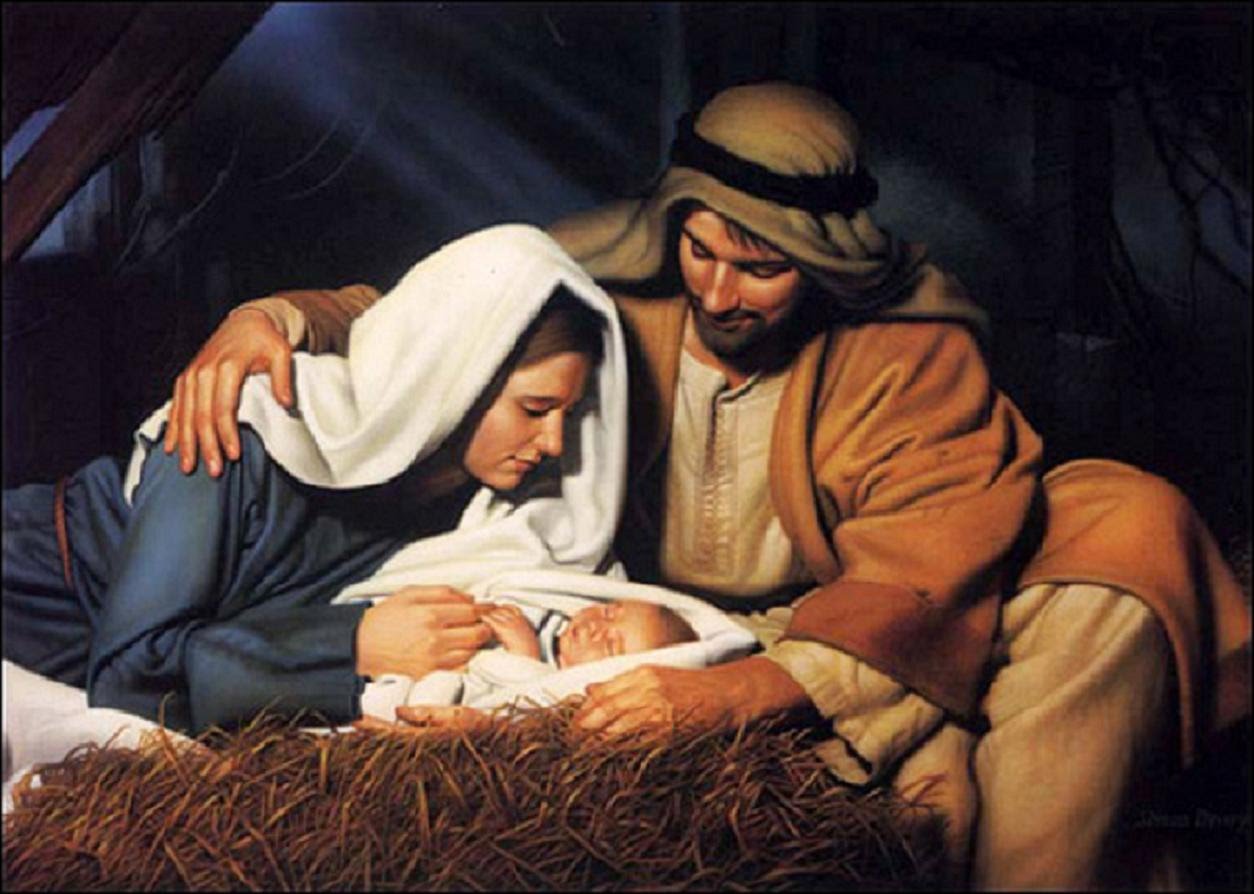 Today’s column comes from the text of a sermon I preached at Martintown Community Church on February 24th. The title of the message is “Jesus Is Better.”

Jesus is not complicated. It’s a simple message. In 2 Corinthians chapter 11, the Apostle Paul is writing a letter to a church in the Roman city of Corinth, which was a flourishing economic center at that time, and in that letter he is discussing a fear he has that the people will receive a different message than the true message he brought to them of Jesus. He says in 2 Corinthians 11:3: “But I fear, lest somehow, as the serpent deceived Eve by his craftiness, so your minds may be corrupted from the simplicity that is in Christ.”

I call your attention to the last phrase of that verse: “The simplicity that is in Christ.” The gospel message is a simple message, it’s Jesus: “ She will give birth to a son, and you are to give Him the name Jesus, because He will save His people from their sins,” (Matthew 1:21). The great plan of salvation is a simple plan, it’s Jesus. (John 3:16). 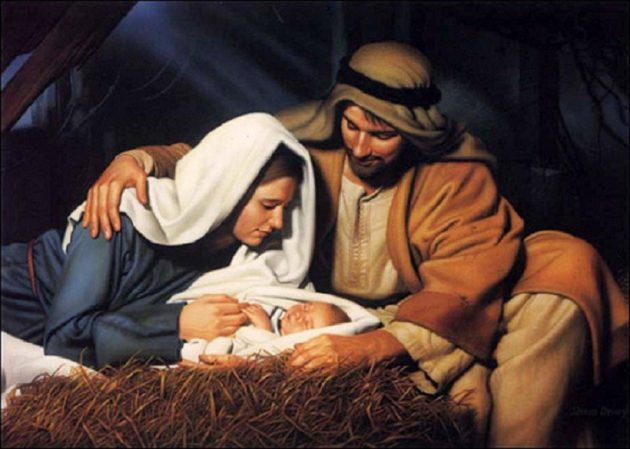 A pastor was speaking to a young man on how to be saved, because the man was facing death. The young man said to the preacher, “Is it that easy?”  And the preacher replied:, “Easy for you, but not for Him.  He took our sins.” “He himself bore our sins in His body on the cross, so that we might die to sins and live for righteousness; by His wounds you have been healed,” (1 Peter 2:24.) And in Isaiah 53:5, in speaking of the coming Messiah: “But He was pierced for our transgressions, He was crushed for our iniquities; the punishment that brought us peace was on Him, and by His wounds we are healed. We all, like sheep, have gone astray, each of us has turned to our own way; and the Lord has laid on Him the iniquity of us all.”

The great act of conversion is a simple act; the simplicity that is in Christ. In the Book of Acts, chapter 16 we have the story of Paul and Silas being rescued from jail by the Lord. The jailer wakes up and thinks all the prisoners have escaped. Before a Roman court, he would have been condemned and sentenced to death in shame. Rather than face that kind of disgrace, he took out his sword and raised it to plunge it into his heart. When Paul saw what he was doing, he shouted to the jailer:  DO NOT HARM YOURSELF! WE ARE ALL HERE!  And the jailer came into the prison, fell down before Paul and Silas and asked that question. The only time in all of the Bible that that question is directly asked – what must I do to be saved?

The relevancy of the inquiry pertains to all of us. There are inevitable, inexplicable Providences that come into all of our lives that bring that question from the deep of our souls – what must I do to be saved?  Sometimes it is brought because of a great sorrow.

Harriet Lauder was a famous world entertainer during the era of World War I. During the war, his only son was killed in battle. Later, in his testimony, he said, “In that indescribable hurt and sorrow that came to my life, there were three things I could have done.  One, I could drink.  I could drown my sorrow in liquor, in drunkenness and debauchery. Or, I could have committed suicide and drowned my sorrow in the grave.  Or, I could have turned to God.”  And he said, “I turned to the Lord.”

What must I do to be saved?  A great sorrow will sometimes press that question on your heart.  Sometimes it will arise out of your own soul; a feeling of inadequacy and vacancy and emptiness and need.  Or it may arise after you visit the doctor, or you receive a phone call that changes your life forever. The relevancy of the inquiry could not be more urgent: What must I do to be saved?

The answer from the Apostle Paul is amazing. You would think he would have replied, you must do good works.  You must prove yourself worthy. We think we must arrive at certain achievements. He did not even approach an answer like that.  His answer is in another world.  You must receive a gift of God’s grace.  Trust the Lord.  Look in faith to Him.  What an amazing reply.

What must I do to be saved?  I receive a free gift from God’s grace.  I trust Him. I look to Him. So he wrote in Ephesians: “By grace are you saved through faith; and that not of yourselves: it is a gift of God: not of works, lest any man should boast,” (Ephesians 2:8, 9). No one can say: “Look, I did it.”  Or, as he wrote in the Book of Titus: “Not by works of righteousness which we have done, but according to His grace, He saved us,” (Titus 3:5). I am saved by receiving a gift of life from God.

So, the text – you could call it for the entire Bible, in Isaiah 45:22: “Look unto Me, and be ye saved, all the ends of the earth: for I am God, and there is none other.” Look unto Jesus.  Look at Him on the cross, dying for our sins.  Look at the empty tomb – raised for our justification; and look at Him in heaven from where He is coming again.  Look unto Me and be saved.

I want to point out something accompanying that – (an accessory if you will). Without fail, always without exception our salvation is always and completely presented as outside of ourselves? For example, God said, “I shall destroy this earth in a flood,” (Genesis 6:17).  But there is an ark. You walk through that door into that ark and you will be safe – outside of ourselves, in an ark.

God said, “Tonight My death angel passes over and anyone who has not the blood on the lintel of the doorpost, death will enter that house.”  Can you imagine?  Somebody placing that blood of sacrifice on either side of the doorpost and can you imagine sitting there in the dead of the night – just sitting there, doing nothing, achieving nothing, just believing God?  If I put the blood on the lintel – the header of the doorway and trust in the blood, the death angel will pass over me and my firstborn will live. It is always outside yourself.  Salvation is always beyond us.

Or think again, out of a multitude of things in the Bible: “As Moses lifted up the serpent in the wilderness, even so must the Son of Man be lifted up that whosoever believeth in Him should not perish but have eternal life,”  (John 3:14,15).  Look outside of yourself.

What must I do to be saved?  Look and receive salvation as a gift from the grace of God.  Anyone can look and anyone can receive. You don’t have to do anything religious. You simply bow your head and your heart before God and mean what you say: “Dear Lord Jesus, today, I stop trusting in myself and I put my trust in you. I confess my sins to you. Please take them and dispose of them and give me a new heart. A clean heart and come in and live in me. I believe you died in my place and now, when I put my trust in you, your righteousness becomes mine. Thank you dear Lord. Amen.”