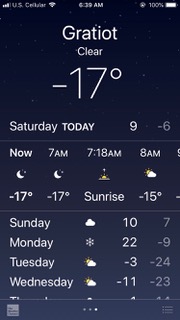 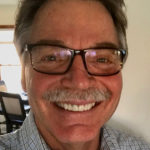 It’s been a busy week. On Monday morning we woke up to a snow storm. The total accumulation was between five and six inches. On Tuesday, just before sunrise, the barn moving crew arrived to move our barn down the road. It was a brisk fifteen degrees that morning and for some reason it was freezing rain, but that didn’t damp

er the spirits of any of us. Seven men showed up on the moving crew. They fired up the equipment and got everything ready to go. Around 7:30 the utility company trucks arrived and the men began dismantling the overhead power lines so the barn could travel through. At 8:26 the wheels holding the barn up began to turn and it was in motion. We were moving.

It didn’t take us long to arrive at our destination – maybe thirty minutes to travel six tenths of a mile down the road, then two or three more hours to reach the new foundation that the barn would be set down on. Then a couple more hours to positione the barn over the new foundation. Once they had it in position, they left it in the air with the wheels still under it

and went home. They were concerned about the roads and it was a two hour drive north.

During the move, my wife offered coffee and cookies to the workers and observers. A handful of people showed up to watch but the weather kept many away. I started a small bonfire which we stood around warming our hands and toes while we watched the men work. I took about 30 minutes of video on my phone and a few dozen still shots. While I was inquiring of my nephews (they’re new school) on how I could transfer the video footage from my phone to my television, one of them assured me it was possible. I knew it was possible, I just didn’t know how. He went home and asked his wife and within a couple of seconds of his phone call, I was streaming the video footage directly from my phone to the TV screen. Technology – it’s something else. Knowing how to use that technology is something else altogether. 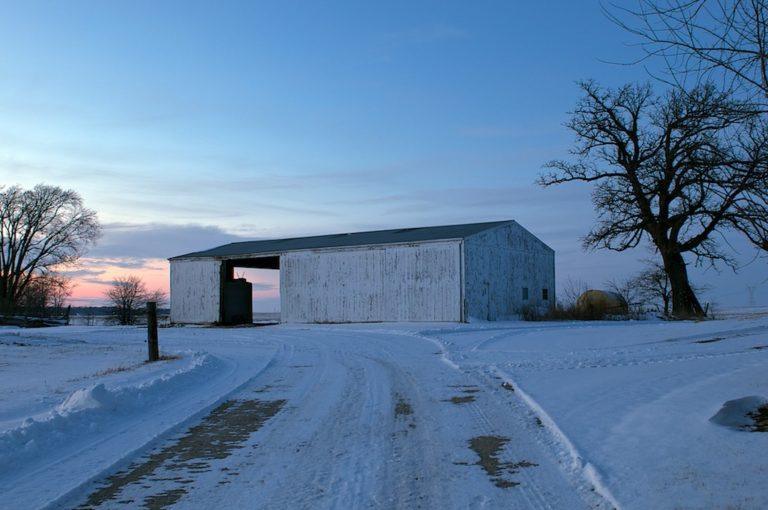 That afternoon, while reveling in the excitement of the days’ activities, and not wanting the day to end, my wife and I made a spontaneous decision to travel to Nashville, Tennessee where our daughter and son-in-law live. It’s a 630 mile, nine hour trip. We were going on business.

We have a dining room table that my wife and I bought in 1988 when we lived in San Diego, California that has kind of turned into a family heirloom. We moved it from California to Wisconsin and it graced our dining room for 27 years.  When our son and daughter-in-law got married it became their dining room table. When they moved to an apartment because of veterinary school, it’s home became our basement. Then, our daughter and her husband moved into a new home and they needed a table.

My wife wasn’t happy with the finish on the table so we carried it up from the basement and out to the shop where she went to work sanding it and then refinishing the top and legs. The table also has two leafs and six matching chairs, which also needed to be refinished. We needed to get this table and chairs to their house as soon as possible, so after moving the barn, I disassembled the table and we carefully loaded it and the six chairs in the truck, covered everything with a tarp, and headed south. It was snowing when we left, but as we went south, the snow turned into freezing rain, and then just plain rain. It was a driving rain (pun intended). We drove for about six hours then stopped for the night. The next morning it was still raining, but we finished the trip and arrived safely at our destination.

The table wasn’t the only thing we delivered. Before we left, I rounded up as many coolers as I could borrow and we filled them with our home-grown beef straight from the freezer. We had just butchered a 1500 pound steer and that is more meat than my wife and I can consume in a reasonable amount of time so we shared some it with them. They were delighted.

When we arrived at their home in Nashville, the first thing we did was off load the table and chairs in their dining room and set the coolers full of meat in the mud room. I checked to see the condition of the meat and it was still frozen solid. With the truck now empty, we headed off to the store to buy a freezer. They don’t own a truck so they had to wait until we got there to purchase a freezer for all that meat. The one they chose was on sale. It was also out of stock, so the store sold them the floor model, at a discount on top of the discount. Upon closer inspection, they discovered one of the racks inside was missing so they added a discount on top of the discount on top of the discount. Everyone was happy. We hauled it home, plugged it in, then went out to dinner. After dinner we transferred the 200 pounds of beef from the coolers to the freezer and went to bed. I slept very well that night.

The next morning, we were up at the break of dawn and after a stop at the grocery store to buy a huge bag of popcorn to munch on the way, we were headed for home. On the trip home we drove into a 30 mph headwind the whole way from Nashville to Gratiot, Wisconsin. As the wind picked up, the temperature dropped as did our gas mileage. By the time we got home it was below zero. Now, two days later, we woke up this morning to an official 17 degrees below zero. I don’t understand why, but the official temperature on my phone is usually about six degrees “warmer” than the thermometer I have hanging outside on the shed wall. Either way, it is cold. Brr.

“Out of the south comes the storm, and out of the north the cold, (Job 37:9). Who would have thought that a simple trip to see one’s daughter and son-in-law would be an adventure of Biblical proportion? For the child of God, that defines every day of our lives. There is security in knowing that.