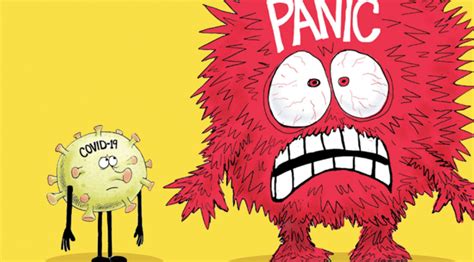 Stay away from negative people. They have a problem for every solution.

They have a range of about 20 miles before they overheat, break down or run out of gas. Only the owner knows how to operate the door to get in or out.  It is difficult to drive fast with all the fencing tools, grease rags, ropes, chains, buckets, boots and loose papers in the cab.  The dog on the toolbox looks mean.  The large round bale in the back makes it hard to see if you’re being chased. You could use the mirrors if they weren’t cracked and covered with duct tape. Top speed is only about 45 mph. Who wants a truck that needs a year’s worth of maintenance, repairs, dings and dents, broken taillights and a cracked windshield? It’s hard to commit a crime with everyone waving at you.

How did we get to the point in America where a generation has grown up believing lies that this country is evil, was founded by evil men, and it must be dismantled – from the Constitution to capitalism? We are in a worldview war and the left is winning. We need to recognize the reality of spiritual warfare. There are battles in heavenly realms over nations because of what they stand for as well as over the people in those nations. The enemy hates America because of the God we were once united under and the believers who still represent Him.  This war has manifested itself as hatred directed at Christians and the Church.

Yet, the overwhelming evidence for the tremendous, positive influence of Christianity worldwide is undeniable. And still, some not only minimize Christianity’s impact, but they also claim we would be better off without the Church. The truth is that no one has impacted and improved the world like Jesus Christ!

Here at home, and around the world, hundreds of millions of people have been transformed by the Word of God because the United States was built on, strengthened, and blessed by Christianity.

Some of these life-changing Biblical principles include: the value and sanctity of every human life, the abolition of slavery, dignity and respect given to women, the stability of the family, advances in science, hospitals and health care; labor practices, economic freedom, educating the poor, feeding the hungry, caring for the sick, reforming laws to protect the weak, art, literature, architecture, education, philosophy, compassion, charity, justice, and equality.

You would have to be uninformed, in denial, or indignant to argue that the Christian church has not been a tremendous instrument for good or that Christians have not turned the world into a better place over the past 2,000 years. The church has its shortcomings, yes, but they are heavily outweighed by its vast benefits to mankind through history.

But anti-Christian and anti-American programming has led to a change in public opinion to where people have a negative impression of God and the Church today.

Why would people not appreciate teachings about faith, loving God and their neighbor, compassion, forgiveness, family, generosity, respect for life, true justice, hard work, sexual purity, thanksgiving, and hope? Because they replaced God with one in their own image. It is crucial we inform others about the historical contributions of Christianity and show them the Church is essential to a society like ours.

The following quote is most often attributed to historian Alexis de Tocqueville (1805-1859) as he visited the United States to find the reason for our strength and national success. He looked at our society for answers, but: “Not until I went into the churches of America and heard her pulpits aflame with righteousness did I understand the secret of her genius and power. America is great because she is good, and if America ever ceases to be good, she will cease to be great.”

True Christianity makes for strong families, and the Word of God boldly proclaimed in righteousness leads to a moral, stable, prosperous culture.

Contrary to popular opinion, Christianity has made the world a better place, and so has America.

We dropped the ball last year in the face of a virus and closed our life-preserving churches leading to the label of “nonessential.” What a lie.

We must reverse that narrative by being the true church, preaching the Gospel, working to demonstrate God’s love, and showing the church is alive, well, and vital.

Imagine the worldwide darkness without the light of Christ and His church! Join the battle, or we won’t have to imagine much longer.

Here’s my top ten list on where to start: