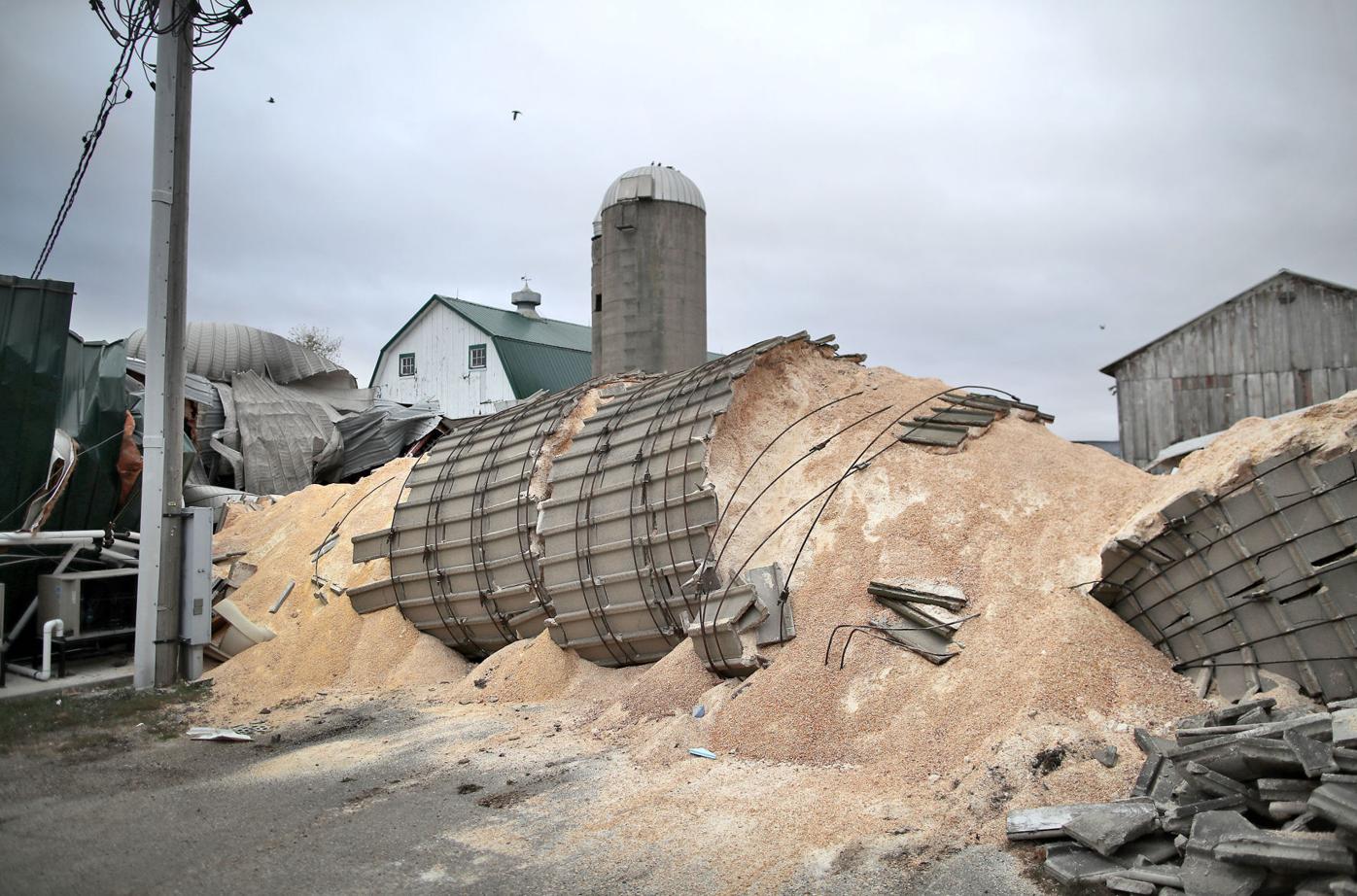 My phone rang just after five o’clock. I was still in bed and I figured I’d get it when I got up in a few minutes. Sometimes one of my brothers will call early so I didn’t worry about it. About five minutes later my phone rang again. By the time I was able to get downstairs to answer, it was too late. I saw the calls were from two different brothers. At that early hour, that can’t be good.

I called one of them back and was told the silo at my other brother’s farm had collapsed in the night and crushed his barn and milkhouse. This is the home farm where we all grew up. I hopped in my pickup and made haste to get over there. It was just like he said.

They had to plan on their feet. The plan they came up with was to move his 77 milk cows a couple miles down the road to our brothers’ place and milk them there. He had recently sold his cattle and had an empty free stall barn and a milking parlor fully equipped with everything. Between my four nephews and a neighbor who had stopped by, we had three huge cattle trailers to do the hauling. While they loaded the cattle, we got the parlor ready. I knew what I was doing because I had built this parlor and sold it to my brother a few years earlier. It was a little rusty in my mind, but it all started coming back to me.

The cows were not parlor broke as they came from a tie stall and stanchion barn. Every cow had to be coaxed, pushed, led, and convinced to go through the door into the parlor. Once in there, they had the pleasant relief of getting their milk extracted from their udders. Everything went surprisingly well. Within about an hour and a half or just over, we had the whole herd milked and they were eating at the bunk.

It took a whole team effort. While I was busy getting the parlor and milking equipment ready, another brother was hauling hot water for pre-wash and rinse cycles through the pipeline. (It took a short while for the water heater to heat up). Two of my nephews were loading and hauling cattle, another was setting up gates at the “new” farm, and yet another nephew was mixing feed for the displaced herd. Another brother was moving equipment and helping with the gates. The whole family came together (and a neighbor with a truck and trailer and another who helped with the milking) to accomplish the task. All told there were 11 of us there within about an hour’s time. Later our niece brought food and other refreshments while the other wives did chores back at the home place. Considering the emergency of the moment, everything went very well.

Over the next several days, other neighbors joined in the effort to aid my brother and his family. The silo cleanup seemed monumental at first. There was a 20 x 60 foot silo flat on the ground with 360 tons of freshly chopped corn silage inside. They had just finished filling it on Saturday night. The silo collapsed on Sunday night. The toppled silo crushed the barn on its way to the ground and now the feed was mixed with steel bands, window glass, and concrete silo blocks. The work crew went at it. There were three dump trucks, three skid loaders, payloaders, and a huge track hoe in there digging and loading the feed while separating the debris. It was a busy town scene for sure. The feed that was salvageable was piled and packed on a nearby pad and later covered with plastic. There is still a big mess to clean up from the barn debris and then decisions have to be made about what to do next.

It seems there’s been a lot of bad things happening around our area lately. Two weeks ago, just outside of Freeport, IL a house exploded with two people inside. They were medflighted to area hospitals where they are in serious condition with burns covering most of their bodies. A few days after that, a house burned down in Winslow, IL which is right in our backyard. Before that there have been tragedies in families in our area and in our own family.

We’re doing a study in the book of Job at our church right now. Our study is well attended because people want to know how we are supposed to deal with tragedies and calamities in our lives in a godly way. One of the questions that came up is who causes all the death and destruction in the world? Is it God or Satan? Does God cause calamity? Was it Satan or was it God who caused Job’s troubles?  Who causes so much trouble for us? As the author of evil, Satan is the one who takes God’s creation and uses it for evil, but ultimately God is the one who has to let him. Isaiah 45:7 says: “The One forming light and creating darkness, causing well-being and creating calamity; I am the Lord who does all these.” How God governs all events in the universe without sinning, and without removing responsibility from man, and with compassionate outcomes is mysterious indeed. But the Bible teaches that God “works all things after the counsel of His will,” (Ephesians 1:11).

Nobody heard a thing that night. We woke up to a war zone like disaster. After a couple days of digging they found the barn clock. The hands were stopped at 11:55. Apparently, that’s when the wall collapsed that held the clock and knocked the battery out of it. So, we have a timeline. It could have been so much worse. Praise the Lord no people or animals were hurt. Even a family of four kittens and their mother who were in the corner where the barn went down were unharmed.