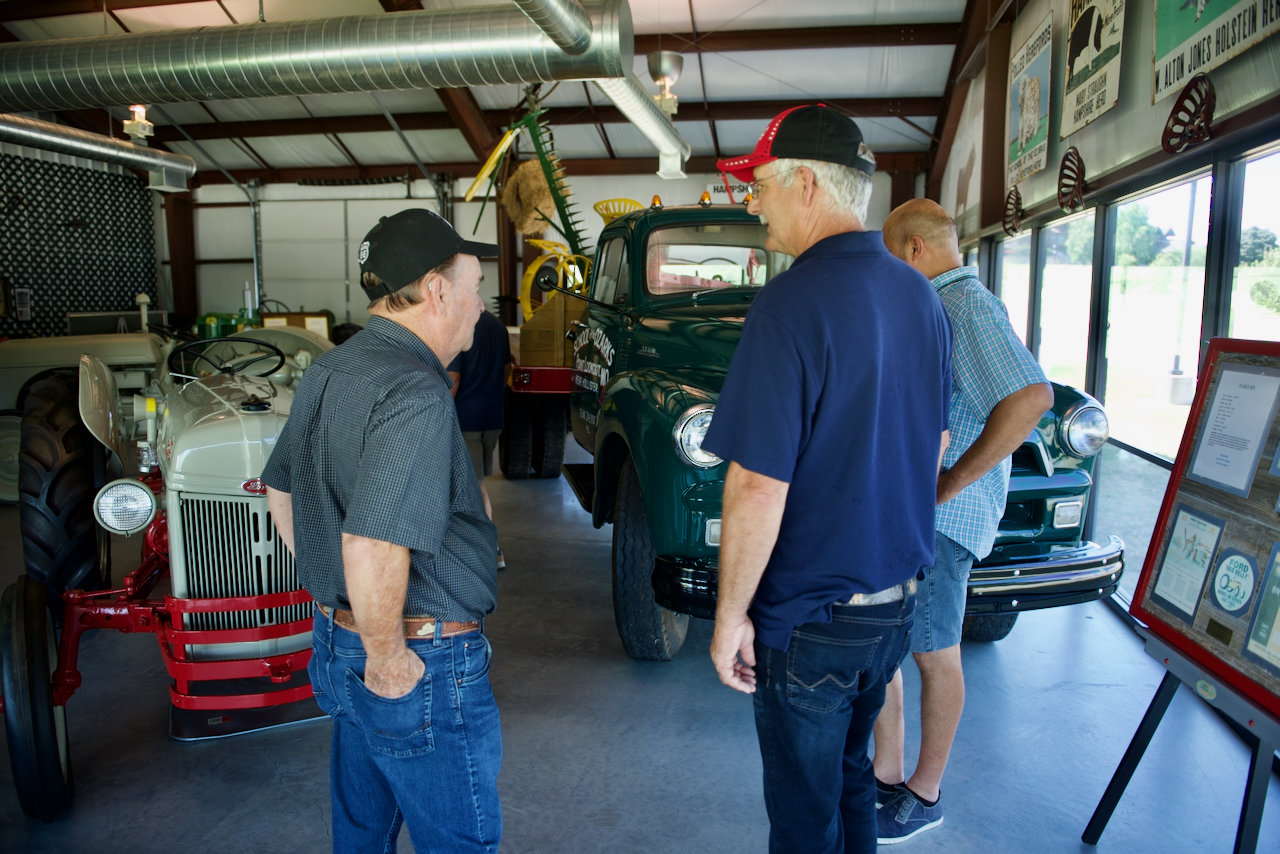 My day started early yesterday and ended late, but it couldn’t have ended better. A young man who was visiting our church with some friends, came to Bible study, heard the message of God from the Bible, and decided he’d rather go to heaven than hell, so he committed his life to Jesus before he went home. We ended up standing around in the kitchen at church, talking about eternity, man, sin, and angels and what God expects from us and he decided he wanted to ask Jesus into his heart. So he prayed and did just that! The day couldn’t have ended better. God is good all the time.

I’m always amazed at how the ground produces such a bountiful harvest around here. We are surrounded by corn, bean, and alfalfa fields. The branches on our apple trees are bent low under the weight of their produce. My wife has canned more tomatoes, beets, beans, peaches, and other garden produce than ever before. It seems people are getting out of the canning business these days, but not her. I ripped out her old food pantry and installed a new one for her this year. I say for her, but really it’s for us. The fruit of her labor is evident in the multi-colored jars of vegetables that fill the shelves.  It’s the satisfaction of a summer of diligence.

The lawn mower has had a work out this year. With the crush of time and other responsibilities I haven’t given it the proper attention it needs to do the job I expect from it. So I called the service department from the place I bought it and asked if I could bring it in for a physical and checkup. I have the owner’s personal cell number so I have a direct connection. When I call, I act like he’s my best friend, but most of the time, he can barely remember who I am. I have to repeat my name a couple of times, talking into the phone a little bit louder each time, and finally he just says, ok, bring it in. Their customer service etiquette is not the best but they don’t care because they already have more work than they can handle and not enough help so they’re just trying to keep their heads above water.

So I told him what the symptoms were on my mower and he told me to bring it in the next day. I didn’t expect that. I thought he’d say next week they might have an opening call back then. I’ve dealt with these guys for 15 years now so I kind of know what to expect. They say bring it in and we’ll look at it and have it ready in a couple of days. I’ve learned that a “couple of days” has different meanings to different people. One time, his “couple of days” turned into six weeks. Another time it was about two weeks. Usually it’s over a week. But this time he said bring it in first thing in the morning and we’ll have it ready for you by the end of the day. Wow.

Even with that burst of confidence, I asked for a loaner.  Every year I ask for a loaner because I know what happens in a day in the life of people serving the public. Anything can happen from the moment you get up until you close the door at night. And nowadays, things happen in the night. The phone rings, the computer chirps, messages are left, people have needs and need assistance. So we answer those calls. Anybody can walk in the door of that guy’s shop and change his whole plan for the day. Fixing a round baler for a farmer with hay on the ground is more important than fixing a lawn mower for a guy with grass growing (no matter how fast it’s growing). Everybody has priorities and I’m not the most important human being on the planet. I get that. I also get what a couple of days means to him. So this bring it in and we’ll have it ready for you by the end of the day is a new promise. Just the same, knowing our history, I asked him if they had a loaner I could use while they worked on mine. Last year I asked, and he gave me one to use. They always have an inventory of used mowers around and from my perspective what can it hurt to loan one of those out?  But he had other ideas.

“We don’t do that,” he said abruptly. Obviously he didn’t remember doing it last year and I wasn’t in the arguing mood, so I let it go. Call me over optimistic, but I’m expecting him to keep his word and have the mower ready by closing time today. I’m hoping anyway. Next week at this time, I’ll either have a jungle out there waiting for me or this guy will have come through with flying colors – or maybe it will be somewhere in between.

So, I hope you have a good day, but if I don’t get moving, I’m not going to have my mower there by “first thing in the morning”. With each passing minute, my name is moving down on his priority list.

Know your Bible – for your own sake.