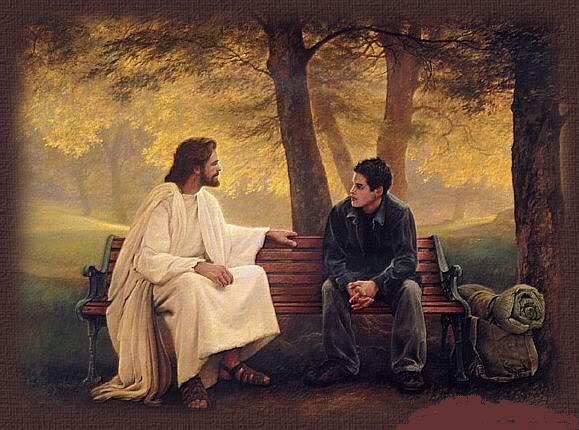 Every life is a story.  Every story is different.  What is interesting to some is ordinary to others.

A few years ago, a friend from our church suffered a stroke.  While in rehab at the nursing home, I would sit with him and visit.  I watched as he took a child’s toy consisting of a bucket with a lid on it that had plastic cutouts of a star, a half moon, a plus sign, a circle, and a square.  His job was to take the objects of those shapes and put them in the correct hole on top of bucket.  He would do that exercise for hours at a time.

As he practiced placing the correct object in the matching hole, we talked about many things in his life.  He told me how he started out with nothing and worked his way up.  Eventually he and his wife owned their own trucking company.  They started with one truck, and when he sold out thirty five years later, they had 20 trucks.

He chuckled when he told the story of his first truck.  He had it in the shop and when it was fixed he dropped his wife off to drive it home.  She had never driven it before.  He told her to put it in first gear and then work her up through the gears.  Then he left to run some errands, telling her he’d meet her at home in a couple hours. She put it in gear, popped the clutch and lurched forward in a herky jerky motion.  She was too afraid to shift it into second so she drove it the whole way home in first gear (about 20 miles).  That was the last time she drove a truck for her husband.

As we chatted, he told me how he had lived his life with reckless abandon in his younger years.  He said he never planned to live past 65, so he didn’t give much regard to his unhealthy habits.  He said now he wished he would have been more careful.  Hindsight is 20/20.

I asked him if he was ready to meet the Lord face to face.  He said he was, but he was also fearful.  He said he knew what the Bible said about life after death, the judgment, and eternal life.  But he wanted to know how we could know for sure if the Bible’s account was true.  “No one has ever come back to tell us,” he said.

In Isaiah 1:18 the Lord says, “Come now, and let us reason together.”  In other words, let’s talk about this.  Let’s do this in a logical, reasonable way.   “In the beginning was the Word,” it tells us in John 1:1, “and the Word was with God, and the Word was God.”  The Word referred to there is Jesus – the word (logos) means logic.  Salvation is very logical and it makes complete sense to the soul that is lost and searching.  God made it very reasonable and logical to the human mind. In a nutshell, we are sinners destined to hell and we need a Savior.  Everyone is aware of  that down in the depths of their heart.  God has made us aware.  To meet our need to be rescued from this very imperfect world, He sent His Son to take care of our sin problem and He offers us eternal life, peace, and joy.  Upon receiving this gift, we are then freed from those things that previously entangled us and controlled our behavior.  We now have the Spirit of God to guide and direct our thinking and actions.   Hebrews 12:1 says: “Let us lay aside every encumbrance and the sin that so easily entanglesus, and let us run with endurance the race that is set before us.”  What could be more reasonable than that?

But people aren’t interested in the teaching of the Bible.  Instead, to suit their own desires, they only want teachers to say what their itching ears want to hear.  They turn away from the truth and turn to myths.  But when someone chooses to follow the teaching of the Bible, they discover that it leads to health and wholeness of spirit, soul, and body. It shows us how to live at peace with God and enjoy our lives.

It is not that they will listen to the truth and then decide whether it is right or wrong, they do not even want to hear it.  They do not want you to say anything in that direction, and they resist, sometimes openly, sometimes with subtle influences, every attempt to introduce the truth into any kind of situation.

Then, since they do not care to consider what the Bible says, they look for others who will teach them what they want to hear.  What do these teachers teach?  They cannot teach the truth because the truth is unacceptable, so they teach attractive lies, fantasies for the most part, speculative philosophies that emerge from the minds of men and women that have no basis in fact or history in the Bible.

So to answer my friend’s question: “How can we know for sure?   No one has ever come back.”  Except Someone has – He started there, came here, then went  back, and is coming again to take us to be with Him.  So come, let us reason together.