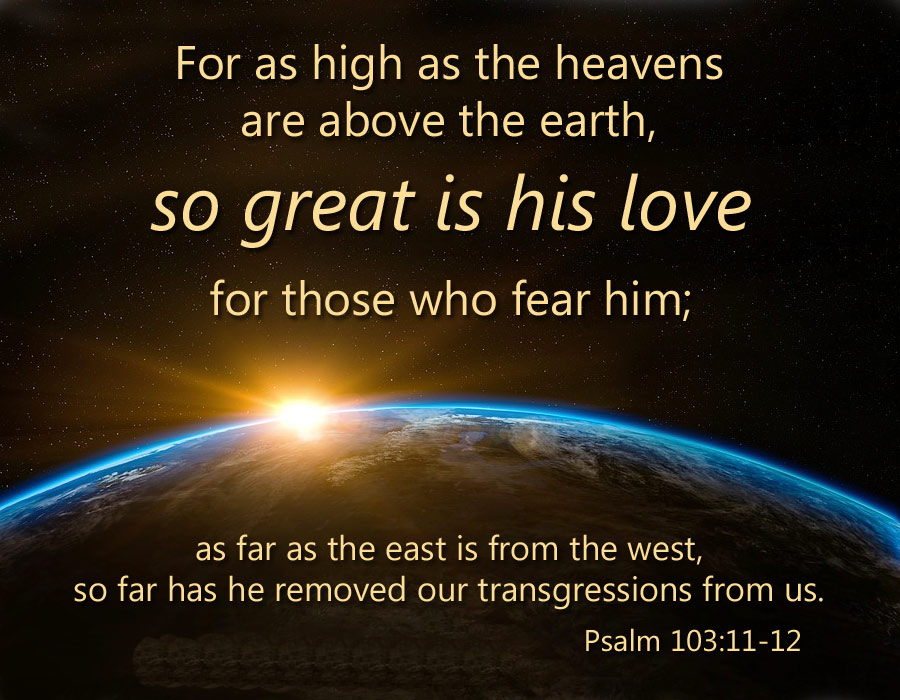 Have you ever felt insignificant, or not important, or like you’re not even in the room?

Several years ago, my wife and I visited Chuck Swindoll’s church in Dallas, Texas.  Chuck Swindoll is a well-known radio preacher who has been on Christian radio for several decades.  In my formative years he was very influential in my life as a young pastor.  The Sunday we were at his church he preached for fifty minutes.  (That’s 5 – O).  Afterwards, I went back home to our church and announced that if Chuck Swindoll can preach for fifty minutes then so can I.  (I might have been joking).  Then, after the service, while greeting people at the door, a certain outspoken lady said to me quite sternly:  “Chuck Swindoll may get away with preaching that long, but you are not Chuck Swindoll.”  Ouch.  (She might have been joking).

On another occasion, I was invited to fill the pulpit as a guest speaker at a sister church. There were about 700 people in attendance, which is a large crowd by my standards.  When I speak I tend to get very involved in what I’m saying and once I get going down the tracks on a specific train of thought, I can really get into it.  As a public speaker, it’s easy to tell when you have your audience’ attention.  On this particular day, they were locked in.  I don’t recall exactly what I was preaching about, but as my eyes scanned the room while I spoke, the looks on their faces told me we had a definite connection.  This is not, by the way, an infrequent phenomenon.  When the Spirit of God connects with the spirit of man, it’s an awesome thing to experience.  Proof of that connection came when the congregation suddenly burst into spontaneous applause about some point I was making concerning the greatness of God.  That was an unforgettable experience.

In celebration of Columbus Day, I’m looking at some very interesting verses in the Bible. Psalm 103:12 says:  “As far as the east is from the west, so far has He removed our transgressions from us.”  That is a long way.  Scientists have long known that on the globe, east and west never meet.  You can get on an airplane and fly east as long as you’d like, forever for that matter if it were possible, but there will never be a time when you’ll reach west.  And you can fly west for all eternity, but there’ll never be a time when you reach east.  East and west are diametrically opposite one from the other and irreconcilably put apart by God.

However, if you travel north, you can only go so far until you’re going south.  And if you travel south, once you pass Antarctica you’ll be headed up north again.  If you continued to circle the earth going around its poles, you’d continually cycle back and forth between north and south.

The North and South Poles are points of convergence in the earth’s magnetic field that correspond to its rotational axis.  East and west are perpendicular to the earth’s axis.  There is no east/west pole or point where we switch either magnetically or directionally. Such a path is simply circular, no beginning and no end. 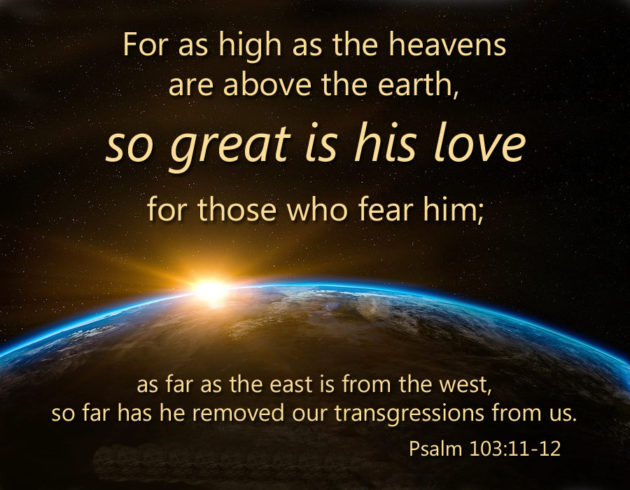 How far is the east from the west?  They never meet!  If you put your faith in Jesus Christ, He will separate your sins from you as far as the east is from the west – and He will remember them no more.

Here’s another one: Micah 7:19:  “You will have compassion on us.  You will trample our sins under your feet and throw them into the depths of the sea!”  How deep is the sea?   We’ve discovered through science, that there is a place in the Pacific Ocean that is so deep, the best measurement we can come up with is an estimate.  That deep place is called the Mariana Trench.  It is in the Western Pacific just east of the Mariana Islands near Guam.  The Mariana Trench is the deepest known place on earth.  Its depth is difficult to measure, but in 2010, it was estimated by the National Oceanic and Atmospheric Administration to be just over 36,000 feet deep.  (Emphasis on “estimated.”  They don’t know for sure).

One more – In Isaiah 40:22 it says that God “sits enthroned above the circle of the earth,” and Job 26:7 states that God hung “the earth on nothing.”   How did Job and then Isaiah know that the earth was 1) suspended in space, and 2) round?  When those statements were made, they were impossible to prove.  Isaiah lived 21 centuries before Christopher Columbus sailed the blue and Job lived six centuries before Isaiah.  The only possible explanation is that God’s Holy Spirit revealed it to them.  The Apostle Paul stated in 2 Timothy 3:16:  “All Scripture is inspired by God.”

Today, our modern technological advances in science are proving what  the Creator clearly stated in His message to us long ago.  God has given us the ability, like at no time in history, to explore and understand the deep hidden treasures of His Creation.  The truth of the Scriptures has become real right before our very eyes.