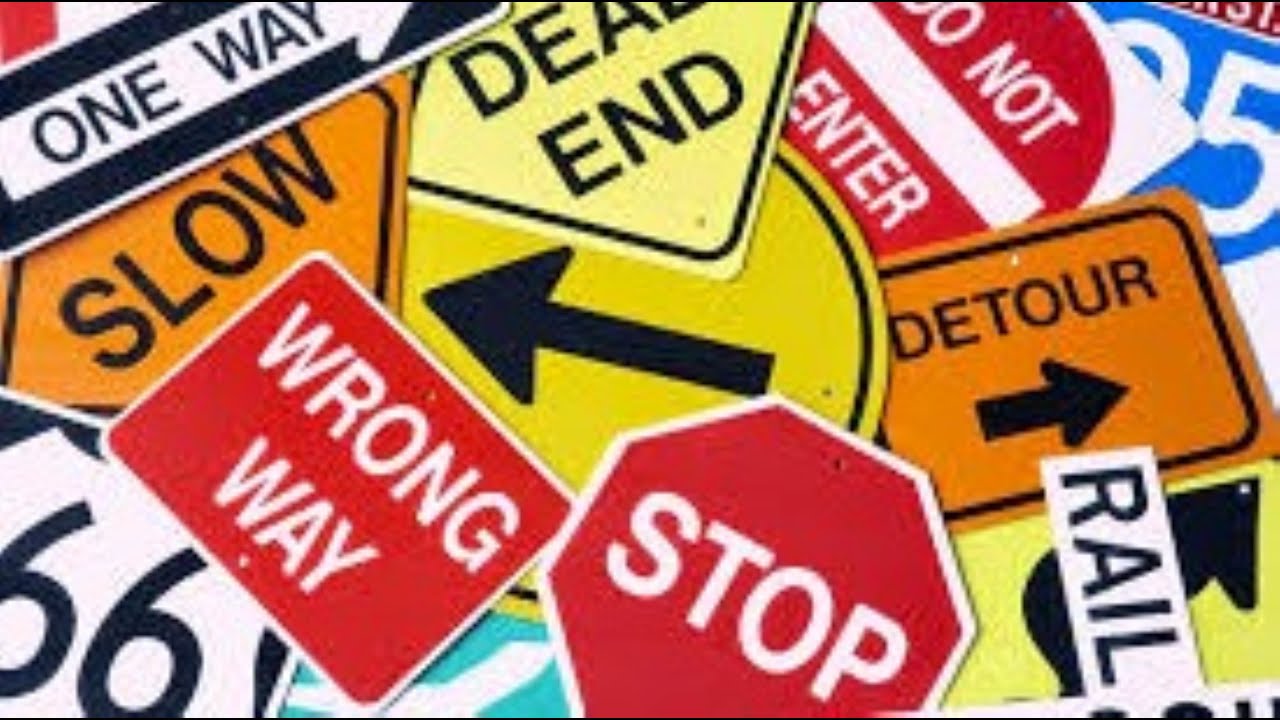 “Signs, signs, everywhere are signs, talking about the signs and they’re breaking my mind. Do this, don’t do that, can’t you read the sign?” So say the vocals to the song “Signs.” According to YouTube, “Signs”, by Canadian rock group The Five Man Electrical Band (formerly The Staccatos), was written by lead vocalist Les Emmerson. It was released as a B-side single in 1970 from their “Good-byes and Butterflies” album and then re-released as an A-side single in 1971 where it reached #3 on the US Billboard Hot 100 chart who ranked it as the No. 24 song for that year. It is reported to have sold more than 2 million copies worldwide, earning a gold award, and has become the band’s signature recording. The lyrics are intended to give voice to those without power or property rights, which in many cases were young people. Emmerson wrote the song after taking a road trip on Route 66 in California where he noticed a scores of billboards that obscured the beautiful scenery begging the question: Who is allowed to put up signs that interfere with nature, and who gets to make the rules that appear on them? … One thing is certain, contrary to the intent of the song, no doubt there probably were signs outside The Five Man Electrical Band’s concert venues that read something like “Must have a ticket to enter”.

As the election is now just days away, we are inundated with signs in people’s yards. Do they make a difference? I’m not sure, but one of my favorite yards on my way to church has all the political signs for one particular party, and they even decorated them with pumpkins – which makes me like them even more because I like the candidates they’ve decorated.  But really, how do you talk to someone who holds a different view than you do about the election without triggering a landslide of angry, bitter emotions? It’s tricky, but it can be done.

Speaking of elections, the outcome might make our communities and nation better or they might make them worse – for a time, but the outcome of elections will not fix our nation, nor will politicians. Only Jesus can do that. But as American citizens, it is our responsibility to vote – we must vote – not according to our consciences because our consciences may be off – we need to vote according to the Scriptures. Political positions either on the right or on the left become wrong when they cannot be supported by Scripture. And we need to pray. It is crucial we pray for justice and integrity in our elections. It is crucial we make our voices heard. It is crucial we understand that God is sovereign. It’s crucial we pray for the very best outcome of our election. As a republic, (a state in which power rests with the people or their representatives) we are the rulers of this nation. Be wise with your vote.

As a pastor, I have a responsibility before God to teach truthfully according to the whole counsel of the Bible and teach it faithfully.  The Apostle Paul was driven out of city after city for teaching the full counsel of God, (Acts 26 & 27). New Testament author James wrote: “Not many of you should become teachers, my brothers, for you know that we who teach will be judged with greater strictness,” (James 3:1). Are pastors going to teach the Scriptures or are they going to go with the flow of the culture? Pastor’s today should have a sense of responsibility before God to teach what the Bible teaches regardless of what the culture says. If people don’t like the message of the Scriptures, we must remember, it’s not us they don’t like – it’s Who we represent. We want to stand before God and have Him say “Well done!”

Being a good steward of what God has given us is the reason we vote. We should seek to vote in a way that does good for our neighbor and our nation. Throughout history the gospel has changed nations as it changes people’s hearts. It changes families. It changes marriages. It changes business. It changes education through moral values and truth. The gospel transforms all of life and all of culture. It speaks to all of life. We need to influence government for good. Daniel, Esther, Nehemiah, Jeremiah, Paul, John the Baptist, and others in the Bible all influenced government for good. We should do the same. Genuine Christian faith cannot be forced, it has to be voluntary. Our hope is in the Lord.

How do we affect the government? One way is through conversation – you may not get to talk to the governor but you can talk to neighbors. Members of Congress are usually responsive to requests for conversations – especially conversations with Pastors. On more than one occasion, I’ve had the audience of one of our state senators who serves in Congress in Washington, and I’ve had dinner several times with different local candidates and politicians. I have the personal cell number of one of our state representatives, and I use it. Conversation is good.

See you at the polls on Tuesday.