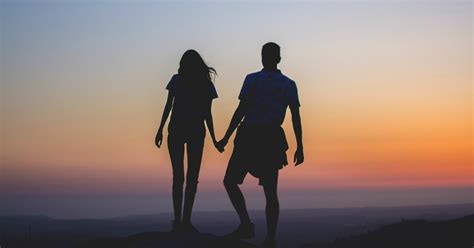 I was recently asked by someone who is preparing to teach a secular class on transgenderism, what our church’s views are on the topic. I had never been asked this before and although I have strongly held beliefs, I had never formally presented them to someone. So I went to work and did some research and put my thoughts together and wrote them down. Then I met with this individual and had a two hour interview. It was very constructive, informative and enlightening, to say the least.

The reasons why it is important to have an understanding of an issue like transgenderism (among others) even in its most minimal form are twofold. 1) Although many of us know what transgenderism is, we have no idea what it’s about or why. 2) In talking to people in the generation before me, (and younger), I have found that they are very aware of the issues surrounding transgenderism, but the people in my generation have little or no understanding on the topic and don’t want or care to know anything about it.  I believe in order for our church to be relevant and be able to minister to people today, we need to be aware of these cultural issues and what the Bible has to say about them so we have a reason for what we believe and a way to respond in love, yet be true to the Scriptures.

Most of us are familiar with the scene in the movie “The Wizard of Oz” where Dorothy finds herself in the wonderful Land of Oz and she turns to her dog and says: “Toto, I have a feeling we’re not in Kansas anymore.”

As Christians, I think it’s safe to say that culturally speaking, we feel like we’re not in Kansas anymore. On the issues of the day the moral tide is turning against us and the cultural wind is shifting in a direction away from Christian thought and truth. At our meeting, I explained to my interviewer (who is not a Christian – or in his words, “I don’t have faith,”) our church’s stand on the Scriptures. I quoted our doctrinal statement, which proclaims in part: “We believe the Scriptures, both Old and New Testaments, to be the inspired Word of God, without error in the original writings, the complete revelation of God’s will for the salvation of men, and the Divine and final authority for all Christian faith and life. (II Timothy 3:15-17; I Peter 1:23-25; Hebrews 4:12).”

Our stand on the supremacy of Jesus Christ, the authoritative and binding nature of Scripture, human sexuality and  heterosexual marriage, to name a few, puts us at odds with the prevailing opinions of an exceedingly visible and vocal progressive society. Our theological commitments and gospel centeredness open us up to ridicule, anger, or perhaps worse. Yet, our loyalty is not to society or to the culture in which we live, but to God and His word which He gave us to live by.

Our ability to see God correctly and our sexuality are intricately intertwined. According to the Bible we are created in the image of God. Each human being is a picture of who God is. If you introduce a distortion or deviation of one, you introduce a distortion or deviation of the other. Our understanding of sexuality changes how we view God because our sexuality itself is supposed to teach us something. It has an inherent purpose, and it has meaning. There are all sorts of things theological, philosophical and scientific that back up and show the way things work best in humanity.

Instead of being rooted in biology, transgenderism is rooted in psychology. They’ve separated the soul and body.  Somehow a child can tell himself, “I am not a boy,” when physically, scientifically, and biblically he is. Or, “I am not a girl” when physically, scientifically, and biblically she is. Transgenderism teaches: “who I really am is who I perceive myself to be in my head instead of what my body has to say.” They’ve separated the soul and the body.

The literal separation of soul and body is death. We live in a culture of death – from abortion, to suicide, to mass shootings, to video games, to euthanasia. This mindset has saturated our culture. Jesus said in John 10:10: “The thief (the devil) comes to steal, and kill, and destroy” (emphasis mine).

We must ask ourselves, what are the end results of the pursuits of the gatekeepers of our society?  Is it life or is it death? Is it self-destruction, self-hatred, and rebellion against God? Or is it something else? And if it is something else, what is it and how is it defined? Where is the nobility in what is being promoted?

From my interaction with people inside the church and people outside the church, Christians and non-Christians alike, there is a level of alarm about the times in which we are living. The prevailing thought is that we need a foundation to anchor our lives to. For many the search goes on, for others, we have found that foundation in God’s Word.