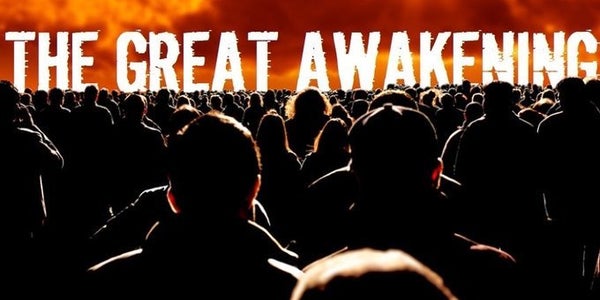 I had some goodwill items to drop off the other day. The goodwill place was a hub of activity when I arrived and I had to wait in line for a few minutes before I could make my drop. There was one guy in a pickup that must have had 25 boxes of stuff to carry in. He and one of the attendants worked steadily at getting everything inside. There was a lady in a vehicle behind him who got tired of waiting and took her one bag to the door and left it. She then got back into her vehicle and put it in reverse … and waited. There was a small area to one side where she could jump the curb and get on the street if she could back up a few feet and maneuver her car carefully to the right. There were three cars behind her and in front of me in bumper-to-bumper fashion. In order for her to back up and create enough room to exit, all the cars behind her had to back up also.  So she sat there impatiently waiting for the other cars to move. After probably a minute or so, the reverse lights on the car directly behind her came on. Then we had two cars waiting. After about another minute the reverse lights on the car behind the second car came on.  Everyone had gotten the hint and they all carefully backed their vehicles up a few feet so this lady could exit. As soon as she spun her wheels up over the curb, the truck with all the boxes was now empty and he pulled out in front of her and she almost rear-ended him. She could have just waited in the first place.

According to Wikipedia, all these awakenings were characterized by a sharp increase of interest in religion, a profound sense of conviction and redemption on the part of those affected, and an increase in evangelical church membership. At this point I add one more: Christians taking responsibility for their sins and the corporate sins of their people.

I’ve spent the last almost two years calling Christians to put their faith into action. Actually I’ve been doing this ever since I’ve been a pastor, but it has been more … shall we say … urgent in the last couple of years since so much fear has been aroused by the Covid virus and the world-wide response from the fear of it. It’s good to be cautious – but it is not good to be controlled by fear no matter who you are.  To me, it looks like the initial fear of the virus has now been replaced by some, with a fear of our government. What is happening? Are our rights being dismantled and taken away? Are the end times prophecies coming to pass before our very eyes? Is it time to panic? Are we doomed?

To answer those questions above: Are our rights being dismantled and taken away? It appears they are.  Are the “end times” prophecies coming to pass before our very eyes? It appears as though they are. Is it time to panic? No it is not. Are we doomed? No we are not. God is the One who sets the narrative of the world’s events. Everything happening right now is happening because God is moving the world along on His timeline.

We can trust Him.