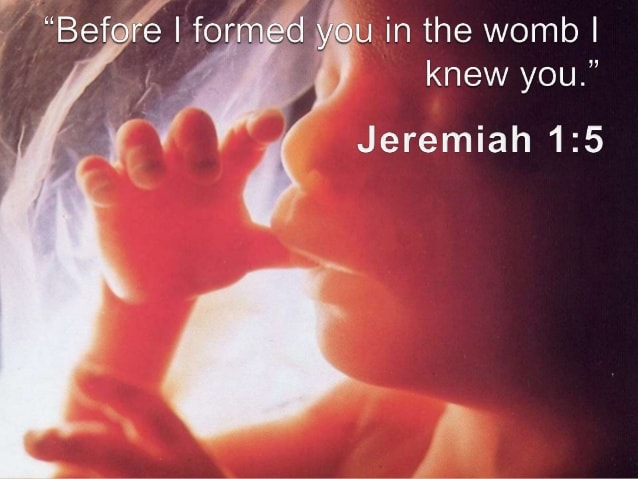 Lately, I’ve received more feedback than usual concerning this opinion column. As a general rule, the feedback I receive is very positive and affirmative. To be honest, I don’t get a whole lot of feedback except for an occasional text message or email or phone call. The most feedback I receive is face to face with people I run into on the street.

I have found when people disagree, they tend to be irritated with me in a personal way. Take for instance, my stance on abortion. I base my opinion that abortion is wrong because the Bible teaches that life begins long before we are actually born. In fact, the Bible says that God had our lives determined even before we were formed in our mother’s womb, (Jeremiah 1:5). That’s a sobering thought. Some people find it irritating that I believe that – especially since I’m a man. About a year ago, just before the election, someone told me that I need to forget about abortion. His reasoning was that abortion has always been here and it always will be. There’s nothing anyone can do about it so we needed to stop obsessing about it. I’m wondering then, if I should forget about thievery because not long ago someone broke into our house and took some of our stuff. From my friend’s perspective – there’s nothing I can do about it – breaking and entering has always been a problem and always will be.

You don’t have to believe what I believe.  But my personal feelings or opinion notwithstanding, the Bible says what the Bible says and that’s what I base my life on. In fact, I have hedged my entire life and eternity on what the Bible says. I’ve spent my whole life studying and teaching the Bible. I’m counting on the promises of God to be true and for God to come through like He promises.

Someone asked me how many interpretations of the Bible are there? My answer is there is only one correct interpretation. And that interpretation is the Bible’s interpretation of itself. The only sound approach to Bible study is to let the Bible interpret itself. Two things are evident: either God gave us a book that we cannot understand and therefore left it up to us to decide what He had in mind, or God gave us a book that we can study and come to a knowledge of the truth. In reality, there is only one way to know the mind of God – and that is to study the Scriptures. God does not give us the liberty to change the Scriptures to say what we wish they said. Our job is to bring our thinking into alignment with what the Word of God says. And that’s where the rub comes in. In general, people say they agree with the Bible, but in reality, they don’t want to do what it says.

Someone said that the Bible is not to be believed in its entirety – that there are some areas that don’t apply because they’re either outdated or not popular in today’s society. Well, who decides what is true and what isn’t? There’s only One who can – and that’s the One who wrote it. It’s true the Bible may not be popular in today’s society, but that doesn’t mean it’s not true nor does it mean it’s outdated. Jesus said: “Heaven and earth shall pass away, but my words shall not pass away.”

What is written in the Bible is inspired by the Holy Spirit. The great Apostle Paul said that all Scripture (not some) is inspired by God and is useful for our well being. Eugene Peterson puts it this way:” Every part of Scripture is God-breathed and useful one way or another—showing us truth, exposing our rebellion, correcting our mistakes, training us to live God’s way. Through the Word we are put together and shaped up for the tasks God has for us.”

What baffles me to some extent, (though I know why, I wonder anyway), is why people whose lives are messed up, or who are full of anxiety, worry, and fear, or who simply want answers – why don’t they seek God for those answers? Why do they try to find fulfillment, purpose and meaning in so many things that actually end up destroying them rather than give them the purpose in life they’re looking for? In an article in the Chicago Tribune dated April 1,1999, “In an interview with the Green Bay Press-Gazette, three-time NFL MVP Brett Favre (on why he gave up alcohol) said: ‘I can’t think of one thing that drinking has done that’s been good for me or my family.’”

I’m not on a crusade against drinking because that’s not the problem – it’s just a symptom of something deeper – one could substitute the word alcohol for any of the fleeting pleasures of life that seem to have so much promise but always leave us yearning for more. The fact is, there is only one place where the desires of the human heart can find fulfillment – and that’s in a relationship with God through the Person of Jesus Christ as revealed to us in the Bible. Everything else, literally everything else has only one outcome – destruction. “The thief comes to steal, and kill, and destroy. But I have come that you might have life and that you might have it to the fullest,” – Jesus.

Someone told me the Bible I believe is not very attractive and they don’t want to believe it. Well, God gives us that prerogative. He won’t force Himself on anyone. But He does offer peace and rest for your soul if you will come to Him. The Psalmist wrote: “May the favor of the Lord our God rest on us.” That’s really what we want more than anything – God’s favor to rest on us.