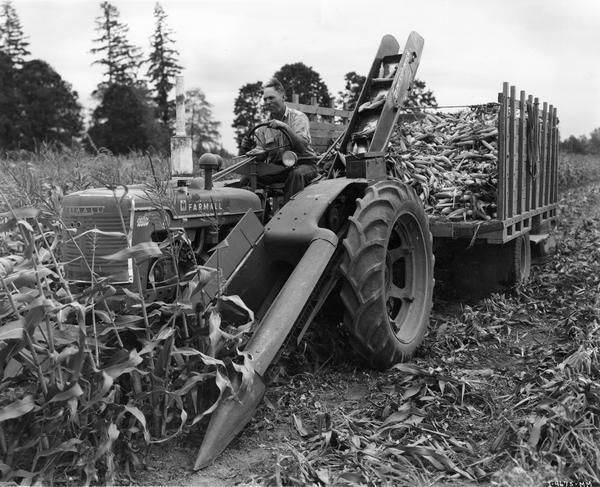 We’ve come a long way, baby.  That was the theme for a billboard advertisement a few years ago.  I think it had to do with women’s suffrage. But it really is true of just about everything, except maybe politics.

In my family I’m known for my good memory.  (Don’t tell them, but they should know that some things outlive their usefulness).  I can remember the first and last name of a person I had a passing conversation with 40 years ago, but try as I might, I can’t remember that guy I talked to yesterday.

The most useful industrial invention of the nineteenth century was arguably that of hydraulic power.  Hydraulics by definition is the use of pressurized fluids to transmit power.  Did you know that the principles of hydraulics are in use naturally in the human body within the vascular system?  Yep, God invented it first, then man in all his wisdom, copied God’s design.

The hydraulic cylinder was a game changer for the farmer.  No longer did he have to shovel his wagons off by hand, now he could mount a cylinder underneath, attach a hose to the tractor and use pressurized oil to raise his wagon. All he had to do was stand there and watch (sort of).  Mechanical operation was soon replaced with hydraulics in every possible application.

Today we have 16 row combines with 600 horsepower engines that cost over half a million dollars.  They fill 1600 bushel grain carts being tugged around the field with a $400,000 tractor, which in turn dumps into a 1000 bushel semi and down the road they go.  The future seems limitless – and priceless.  Farmers have always been their own special breed, today as much as ever.

But the basic cause remains the same as it did 6000 years ago when God told Adam: “Cursed is the ground … in toil you will eat of it all the days of your life.”  By the sweat of his brow Adam fed his family.  By toil and stress farmers feed the world today.  It was a struggle for Adam.  It’s still a struggle today – it’s biblical.  Just when you think you have it all figured out, some new nemesis raises its ugly head.

I have a 1936 Chevrolet car.  It’s about 99% original.  It’s been suggested from time to time over the years that I cut it down and turn it into a street rod.  That’s not even tempting to me.  I get it out every summer and drive it around for fun, but I wouldn’t want to take it town every day – or even once a week.  It’s hard to drive.  It has no power steering, no air conditioning, no heat, no turn signals, no radio, no bluetooth, and no seatbelts.  I have to double clutch every time I shift.  I have to pump the brakes up in order to slow the car down.  When the windshield fogs up, I roll the window down to let the steam out.  But in its day it was pure luxury.  It sure beat getting the horse and buggy and the blankets out of the barn. 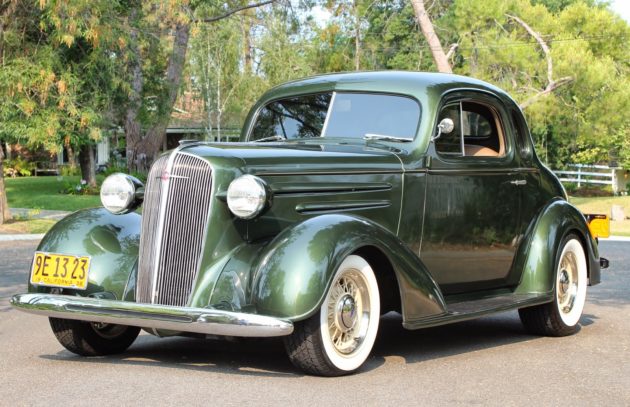 Even with all the technology we enjoy today, it cannot touch the human heart.  But God is near.  Psalm 34:18: “The Lord is near to the brokenhearted and saves those who are crushed in spirit.”  I received a text last night from a member of our congregation.  It read:  “We got the worst news.  Stage 5.  No cure, just buy time with chemo.  Please continue prayer.”  They went in for a regular checkup and in a moment of time, their whole lives changed.  I’ve received similar messages all too often.  The pain and suffering of life are unbearable.  The road to death is all consuming.  So we pray.  There’s nothing else we can do, but don’t think that is not enough.  We live by faith, not by sight.  The Bible tells us to cast our cares upon Jesus, because He cares for us.  So that’s what we do.  The Bible also says that Jesus knows our every pain and sorrow because He experienced them when He was here on earth.  I don’t know how exactly, but on the cross He suffered it all.

It’s amazing to me, how most people, no matter how hard they seem on the outside, are willing to let me read Scripture and pray with them when they’re down and out.  Only one time in 35 years have I been refused the offer.   Jesus said: “I have told you these things, so that in me you may have peace.  In this world you will have trouble.  But take heart!  I have overcome the world.”

In Isaiah 61, the prophet speaks of the coming Messiah in these terms:  “The Spirit of the Lord God brings good news to the afflicted; He has sent me to bind up the brokenhearted, to proclaim liberty to captives and freedom to prisoners.  To comfort all who mourn.”

There is something better waiting for you when you give yourself to Jesus Christ.