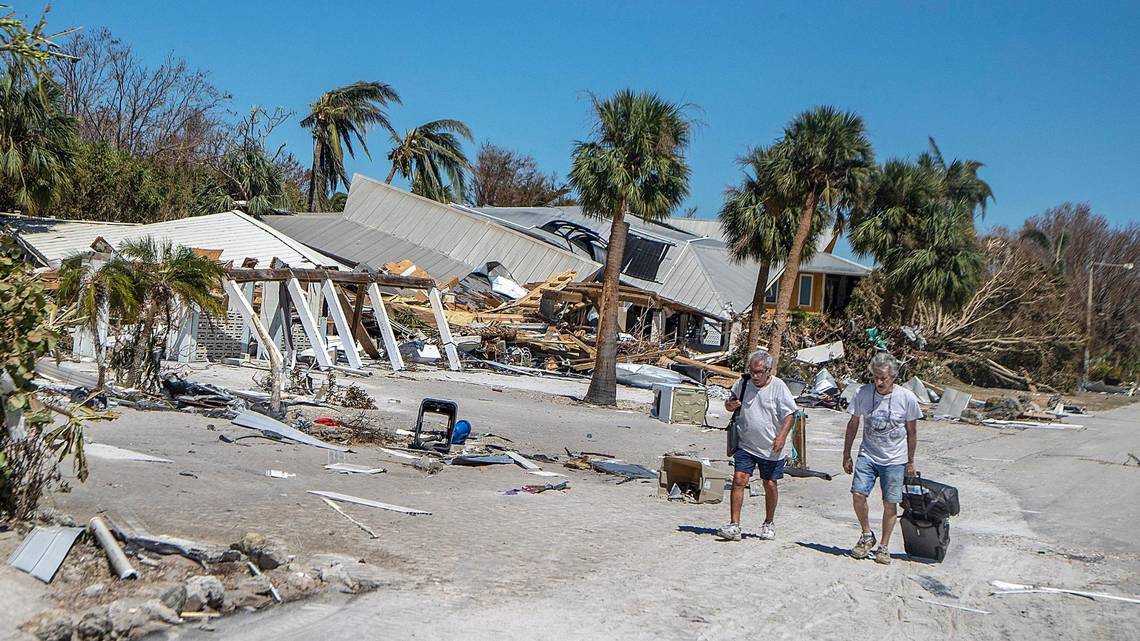 With the rise of self-driving vehicles, it’s only a matter of time before we get a country song where a guy’s truck leaves him too.

As I write this, my wife and I are in southwest Florida where Hurricane Ian struck in late September. They say it was the worst hurricane in Florida’s history. I guess I wouldn’t argue that much, except, how do they know? The earth has been around for some 6000 years and the indigenous people who lived here before us, didn’t have ways to track the storms like we do, or even keep track of them other than word of mouth. So I’d say, it’s rather presumptuous to declare something as the first time it’s ever happened in history. The Bible says there is nothing new under the sun so I take that to include everything man deals with from weather to politics. Someone has always experienced it before us.

Last winter we took a group of men and women from our church to Mayfield, Kentucky to help with the cleanup after tornadoes struck that area. We spent a good deal of time chainsawing downed trees, clearing brush, doing construction work, and building fences. The devastation there was pretty intense. Whole neighborhoods were left in nothing but ruble – just splintered pieces of wood strewn over miles of area.

That’s what it’s like now in Florida. Before arriving in Florida, we had seen the news coverage, and we watched the YouTube time-lapse videos showing how the storm developed in real time, but nothing could really prepare us for the devastation. Our favorite beach, Fort Myers Beach, was completely leveled. The only structures left standing are the newer buildings that were built after 2002 when the new hurricane construction codes went into effect. Whole houses and businesses have been washed away. One place we used to frequent, where they would have outdoor entertainment like jugglers and glass blowers, and ice cream shops and clothing stores, and tons and tons of tourists, is now just a pile of rubble. The mosaic tile that paved the walkways is still there, but nothing else. On the north end of the island where we used to park our car and walk to the beach is now piled from one end of the lot to the next with 30 foot high mountains of sand and debris all mixed in together. The day we were there, a huge trackhoe was dumping sand and debris onto a belt which carried it to a gigantic separator where pure, clean sand came out one end, and the debris the other. The ingenuity of man.

As we traveled around the island, the only other vehicles there were contractor vehicles, and surveyors, and a few private cars. The streets were mostly one lane wide – they looked like our roads in the Midwest after a blizzard. The plows had gone through and plowed a path for vehicles to get through. The rubble was 10 feet high on both sides of the street, waiting for loaders and dump trucks to come and haul it away. Some houses had just toppled over – like slid off to one side and landed in a heap with mattresses and pieces of furniture protruding out around the edges like a peanut and jelly sandwich. Others were completely gone and still others were standing, but the ones that you could see into, had the drywall stripped down to the studs. A 17 foot high wall of water crashed through the windows and into those houses accompanied by 150 mph winds – and the battering went on for a total of 10 hours with no let up. It’s a wonder anything was left standing. Cars were piled up on top of each other as many as two or three deep. Boats in the marina were piled the same, with huge holes in their sides and decks. Millions and millions of dollars in damage.

Many of the homeowners had new campers sitting on their cluttered, sandy driveways with generators hooked up to them and they were doing the work of rebuilding their homes themselves. Saws were screaming, air guns blasting, and work was getting done. There were hand painted signs around the island meant to encourage people by saying: “We’ll be back”; “Island Strong” and sayings like that. Man is very resilient. They will rebuild and business will open again, children will run up and down the streets. Ice cream cones will topple onto the mosaic tile before they are eaten. Tired tourists will sit in the shade and watch a juggler perform to the clapping of the crowd. People will fish off the pier again. Parasailors will fill the sky again in beautiful, multi-colored sails. Beach life will be great once again.

Reminds me of a Bible passage from the Old Testament, where it is describing what it will be like to live after Jesus returns during His Millennial reign. The recovery from the hurricane in Florida and other recoveries around the world are a foretaste of what life will be like under the righteous reign of Christ. Here’s how the prophet Zechariah describes it in Zechariah 8: “Once again men and women of ripe old age will sit in the streets of Jerusalem, each of them with cane in hand because of their age. The city streets will be filled with boys and girls playing there.”

Yes, we are a very resilient people, and we overcome adversity, we rebuild, we suck it up, we pull ourselves up by the bootstraps, we tighten our belts, but when God builds a city, it lasts forever. “Unless the Lord builds the house, the builders labor in vain. Unless the Lord watches over the city, the guards stand watch in vain. In vain you rise early and stay up late, toiling for food to eat—for he grants sleep to those he loves,” (Psalms 127:1-2).

How firm is your foundation?