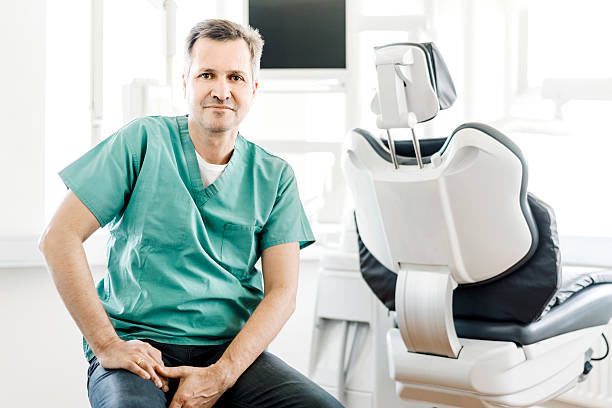 I had a dilemma on my hands last weekend. I had a toothache. It started on Sunday night. It was just a low grade sensitive toothache but I knew what it would lead to. I’ve had them before. First thing Monday morning I called my dentist only to get a recording that their office was closed due to a broken water pipe that flooded them out. The recording encouraged me to leave a message because I’m important to them and they check their messages often. The nice voice on the recording said they would return my call as soon as possible. So I did. And they didn’t. So the next day I called again. Nothing. Three times I called and three times I got nothing. So I called my Endodontist and asked him if he could take an xray and just drill the tooth out without a referral from my dentist? He said no, I had to go to the dentist first and get a referral. I explained my situation and tried to convince him to make an exception in my case. He would not, of course.

I called another dentist. The receptionist said they were not taking new patients or reactivating old ones because of Covid. I replied as pleasantly as I knew how: “Covid or not – people still get toothaches and need a dentist.” She expressed regret but policy is policy.

By now the weekend was fast approaching. Being a pastor, weekends are a big deal and this tooth situation was beginning to compete with my sanity.

I continued to call every dentist I could think of. I understand client priority and how you have to take care of your own people before you take on someone who is not a regular customer. But sometimes, there needs to be exceptions to the rule – (especially when that exception involves me). One receptionist who gracefully turned me away, told me she could feel my pain and frustration. (No she couldn’t). She encouraged me to keep “looking around until you find someone”.

Finally, on the fifth try, I hit pay dirt. (Four out of five dentists surveyed agree – no new patients). On the fifth try, I found a dentist who could get me right in and was willing to make a referral. Praise the Lord!

He examined my tooth, took an xray and confirmed what I suspected – I needed a root canal.

I gave him the contact information to my endodontist and he sent all the information. I then called the endodontist and asked when I could get in. The nearest date they had was two weeks from next Tuesday and their procedure was to make two appointments for me: one to take x-rays and examine my tooth; the second was to do the work. I thought that was why I had to go to the dentist in the first place – so he could determine what needed to be done so they could do it. I’m probably missing something simple here, but I don’t get it. The dentist can’t do the root canal. The endodontist can do the root canal but will not do it before the dentist examines me. After the examination by the dentist which is required by the endodontist, the endodontist has to reexamine me before he can do the work. That’s a lot of trips and busy work. Just fix the tooth already. I seriously debated just having it extracted to save all this hassle. But teeth don’t grow back and I’d like to keep as many as I can. I might need them all some day.

I asked the receptionist if they had an emergency policy for people who couldn’t live for two weeks with a throbbing toothache. She said yes, but I did not meet the protocol. Protocol? Um, yes – I don’t even remember what she said, except that there was no way I was getting in there until two weeks from next Tuesday. That just does not seem like good business to me. I was tempted to drive to their office and insist, but something called dignity prevented me from doing that, even though I was getting close to throwing all that out the window. I begged and pleaded to no avail. Finally, I resigned myself to figuring out a way to survive.

The dentist who gladly took me in (but who doesn’t do root canals) gave me an antibiotic prescription and explained that as the medicine went to work, it would reduce the swelling in the root, and the pain should subside (emphasis on should). That night, I took the medicine with a teaspoon of honey, went to bed and woke up in the middle of the night in intense pain. The whole side of my face was on fire, throbbing mercilessly, my throat even hurt on that side. I took the only thing I had, ibuprofen. That helped and I was able to go back to bed and get some restless sleep. The next day I continued my search for an endodontist who would give me an emergency root canal. (I can’t believe I’m actually begging for a root canal). By now it was Friday. I found that some offices aren’t open on Friday – not even for emergencies. Surprise. Finally I landed one, but the earliest he could do was Tuesday. I took it. The meds were working – sort of – and I was able to limp my way through the busy weekend.

After doing all that I could do on my own to rectify this situation, it was as though the Lord said: “Kevin, it’s time to trust me in this. I will not let you down. I never have and never will. I’ll give you what you need to live on top of your circumstances this weekend.” And He did. God is good all the time. All the time God is good. We are His witnesses.

Have a great week.