Phobias aren’t the only way to group people and identify with them.  Another way is ethnicity. All of us are proud to some extent of our heritage. Whether you be of Swiss heritage, Norweigan, German, Latino, African/American or other – we can all identify with our heritage to a degree. I’ve listed a few traditions of different nationalities below. (I apologize if I’ve left your’s out or omitted some of your customs.)

Some Norweigan traditions include, eating brown cheese on waffles; requiring huge amounts of personal space in public (don’t crowd me); not introducing friends to one another; lutefisk; kringle; krumkake; and boiled lamb and cabbage.

American holiday traditions borrowed from Germany include: Christmas trees. German immigrants brought the tradition of the Christmas tree to the U.S. in the 19th century; classic Christmas carols; Santa Claus; and gingerbread houses.  German immigrants also brought their reforming zeal to America’s recreational life – it can even be argued that Germans invented the American weekend. Before the arrival of the Germans, many communities in the American colonies observed a Puritan sabbath, with an emphasis on taking a day of rest and doing absolutely nothing all day long.

Latino customs include: double cheek kissing – where they touch right cheeks and make a kissing sound in the air and then do the same on the left cheek. Coffee is a Latino custom. It is not uncommon in Latino custom to drink four or five strong cups of coffee a day – any time of day. Other traditions include: late lunches and dinners.  Lunch is usually eaten between two and three in the afternoon and dinner as late as 10 o’clock at night. Siestas also – everything slows down from 2 to 5 p.m. Personal space is another – standing very close while having a chat is normal. Surnames – it is traditional for a woman to keep her surname rather than take her husband’s.

African/Amercians are known for their distinctive traditions and innovations in: music, art, literature, religion, cuisine and other cultural traditions. Almost every part of American life involves African/American traditions.

Whether you be Swiss, or Norweigan, or German, or Latino or African-American or any part of any of these nationalities – we identify with each others’ traditions and customs … and we call it America!

The great thing about living in America and being a Christian is that the things that distinguish us on the outside, are overwhelmed by the new life of Jesus that we share in the body of Christ. Because of the unity of the Holy Spirit, we can overlook the imperfections and faults of others. Being a Christian, we find great joy in loving each other in Christ.
“If anyone is in Christ, he is a new creation,”  (2 Cor. 5:17). This is true of every Christian.  Being a new creation means that there is more to you than anyone can see just on the outside; you have been reconciled to God. You have been adopted into His family. You have an inheritance that can never perish, spoil or fade.  And the Holy Spirit lives in you.
Your little life has been caught up into the eternal purpose of God!  God told Abraham that his descendants would be greater in number than the pebbles of sand on the seashore. In God’s vast universe, who are you that God would bring you into His great kingdom? 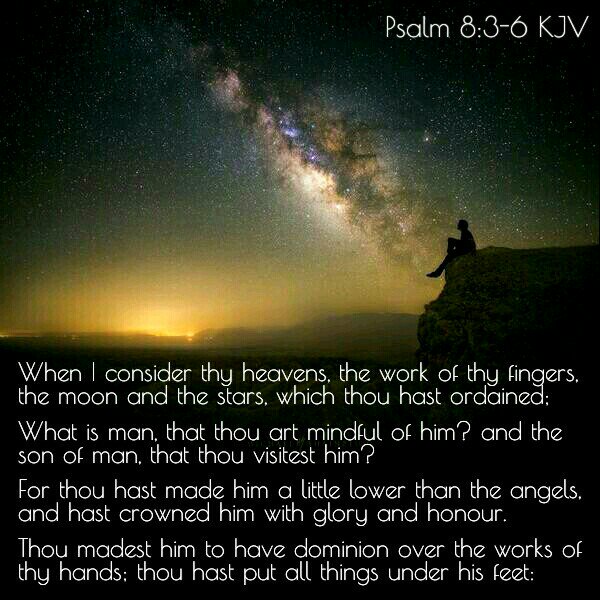 David asked that same question in Psalms 8: “O Lord, our Lord,  how majestic is your name in all the earth! You have set your glory above the heavens. When I look at your heavens, the work of your fingers, the moon and the stars, which you have set in place, what is man that you are mindful of him, and the son of man that you care for him?”

You know why God cares about you? It is because Jesus Christ gave His life for you. You have value in God’s eyes because of Jesus. Your identity with God is through Jesus Christ!
Take heart for who you are in Christ.