“First Pray Then Speak Then Play”

I told my wife how thankful I was to have someone I enjoyed being quarantined with.  She said, “Must be nice.”

Psalm 119:11 says:  “Thy word have I hid in my heart that I might not sin against Thee.”  Have you ever found yourself in a situation where you need divine intervention?  Nehemiah found himself there once.  He  was put on the spot by an unbelieving king.  He wrote: “The king said to me, ‘What is it you want?’ Then I prayed to the God of heaven, and I answered the king.”

First pray.  Then speak.  When God’s word is hidden in your heart, He will provide what you need.

The summer after I turned eleven, I started taking trombone lessons.  I had just finished the 4th grade.  I chose the trombone because that’s what my older brother played.  That meant my parents only had to buy one instrument (two mouth pieces).

It was two miles to the school where I had my lessons.  I remember quite clearly getting up every day that summer at 4:50 a.m. to do the morning milking.  I had one of those wind up alarm clocks with the bell and hammer mounted on the outside of the casing, just above one o’clock.  When that thing went off it rang loud enough to wake the dead.  A couple of hours later, after my chores were done, I would get on my bike and balance the trombone case across the handlebars and pedal the two miles to my lesson, then back home again.  I did that every summer for the next three years.  During the school year I lugged that big old case with the trombone inside onto the bus and into the school. 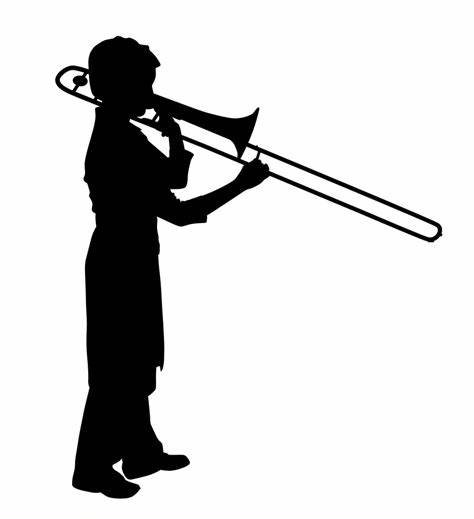 The year I was in eighth grade my family moved and I began attending a different school.  The band instructor was thrilled to have me play trombone in the Jr. High band.  I don’t remember much about that year except that on the day before Christmas break, a few of us Jr. Hi boys were horsing around after band class and I playfully pushed one of my friends off the stage.  Well, the band teacher saw the deed and blew a head gasket and commanded me to write a 12  page paper on Ludwig van Beethoven over Christmas break.  That was fun.

Then the next year, since I didn’t see myself getting a trombone scholarship anytime in the near or far future, I decided not to join the band.   However, when the high school band instructor discovered I played trombone, he insisted.  Eventually I consented (against my better judgment).  I didn’t have my horn with me that day, so he offered to let me use his. That turned out to be a big mistake.

My own trombone had some mileage on it by then.  There were several dents in it and the slide didn’t exactly glide anymore.  To hit the notes, I had to kind of lean forward to one side and work the slide up and down with my right arm while trying not to bash my teeth in on the other end. But the band instructor’s trombone was golden – literally.  It shone like the noon day sun and worked flawlessly.

It was my first day in the high school band and I was playing with as much enthusiasm as a farm boy sequestered in school on a sunny August day inside a waxy smelling room could muster.  When we paused to catch our breath, out of sheer habit and because it was never an issue with my horn, I let go of the slide on the loaner trombone.  To my horror I watched as it escaped my outreached hand and in slow motion, slid completely off the end of the trombone and clanged and banged loudly and endlessly on the tile floor beneath my feet. Oh man!

There’s only been two times in my life when I wished I could disappear into thin air.  The first time was when my second grade teacher shook the daylights out of me while I was sitting at my desk during Writing class while the whole class looked on in horror. Note to self: Don’t talk to your friend sitting behind you in Writing class. That and this band room fiasco were a couple of my worst moments. 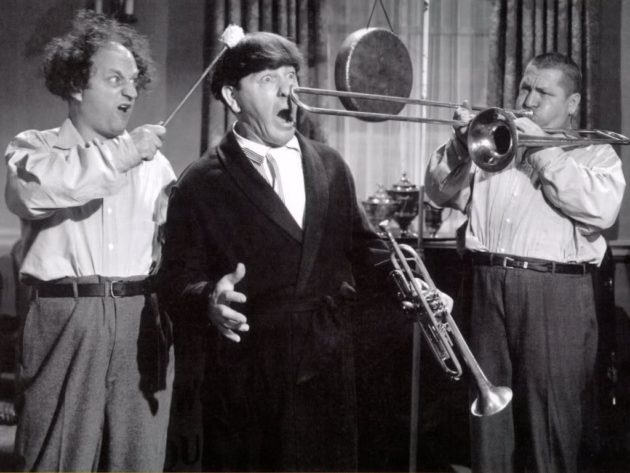 When that slide fell off the trombone, you could have heard a pin drop in there.  Everybody was scared to death – not for themselves, but for me. (We had heard there were people buried in the concrete under the band room floor for lesser offenses).  Our instructor’s face turned beet red as did his whole head. (He was bald).  He didn’t say a word and I didn’t say a word. There were no words to say.  It’s one of those moments frozen in time forever.  He never asked me to play again.  Maybe that’s why I have never been a good musician.  I guess God had other plans for me.

Now, what kind of Bible verse fits a story like that?  How about this one:

Proverbs 25:20 – “Like one who takes away a garment on a cold day, or like vinegar poured on a wound, is one who sings songs to a heavy heart.”