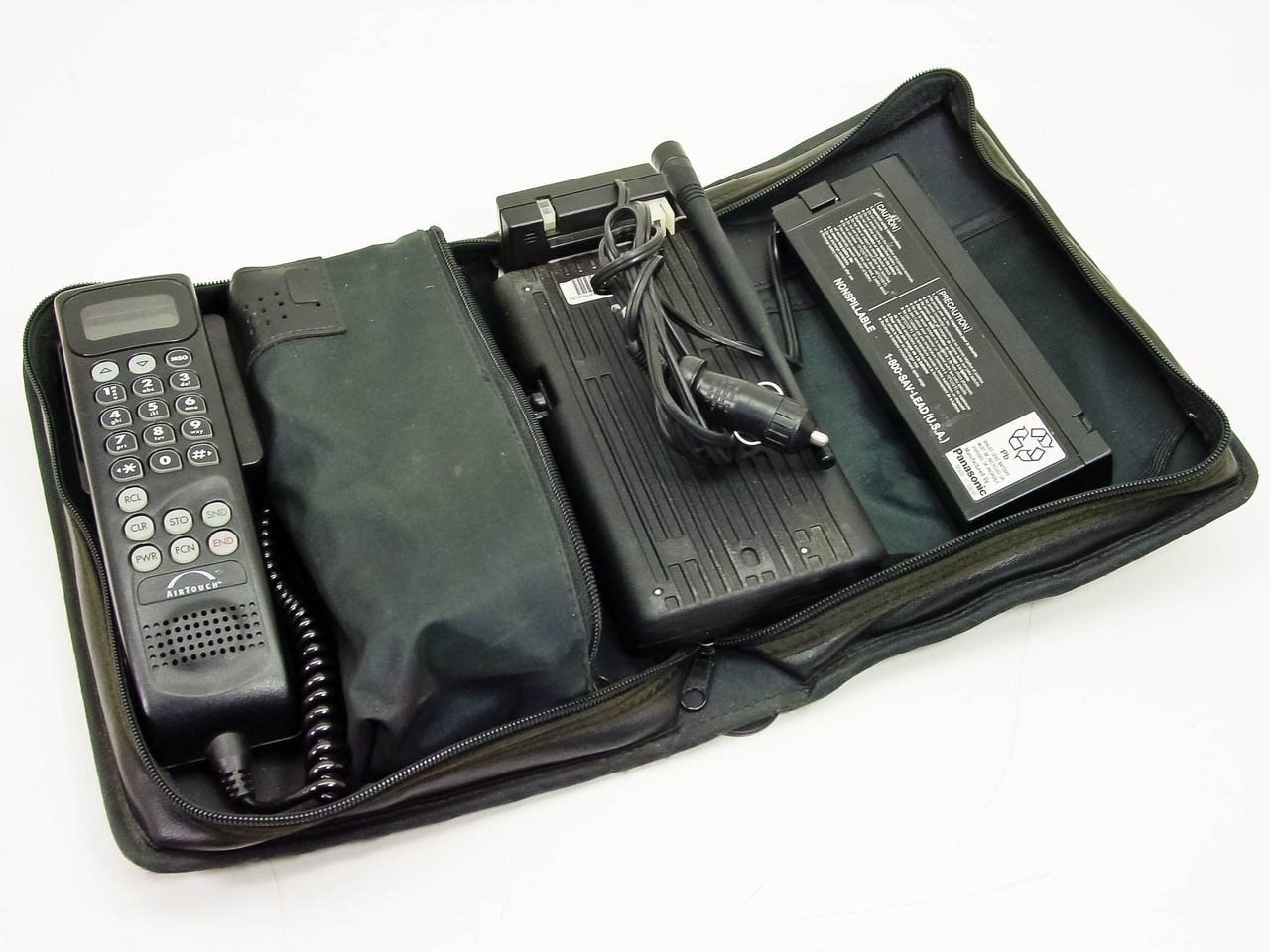 Our first cell phone was a bag phone for the car. At that time our kids were little and we were taking a cross country trip and it just seemed like a good idea to have a phone in the car. I remember the first call I received. It was from our hired man. He was calling just for the fun of it to see if worked. We talked for three minutes and when the bill came, it was five dollars per minute. It was a big deal having a phone in the car.  A couple years later we traded the bag phone for a full fledged cellular phone. We didn’t actually trade it in, we kept it, eventually I threw it away. I wonder if bag phones have any nostalgic value today?

My new phone had an open face with a little antennae that I carried in a holster on my belt. The day we got it, I had a meeting with a pastor friend of mine. When my phone rang it was my wife. She said she was calling just to impress my friend that I had one of those new fangled cell phones. 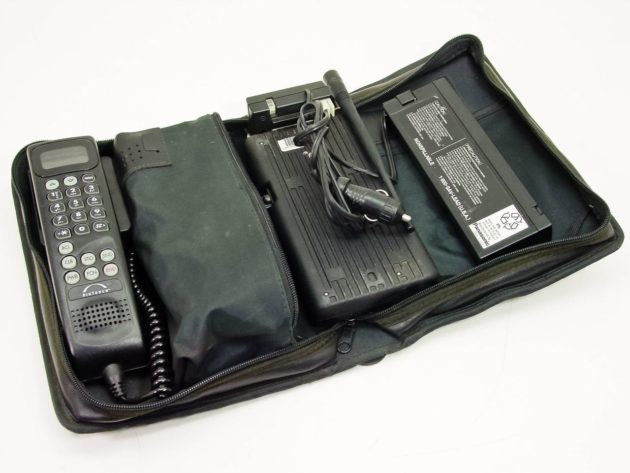 A couple years after that, I got my first flip phone. Back then you could get a new phone for one cent. So we got two of them – one for me and one for my wife. Flip phones were cool. Mine was a flat, silver Motorola. The first day I had it I was mowing the yard and somehow it fell out of my pocket and under the blades of the lawn mower. I kind of chopped it up a little but it still worked and I used it for several years until I got a new one with a screen. Eventually I ended up with an iPhone.

The same year we got the bag phone we also got our first personal computer. I ordered it from a second rate company and when it came via UPS, it didn’t work. I struggled with it for days trying to set it up and get it working. Everybody I knew offered me advice on how to do it, but nothing worked. Finally, after about a hundred calls to tech support, they told me to box it up and send it back and they’d send me a new one. I did and they did. The new one worked. Then we needed a place to put it so we drove over to Amish country with a sketch and measurements in hand and ordered a brand new computer hutch.  A couple weeks later we went back and picked up a behemoth sized, well-built piece of furniture to house our new computer.

Eventually we graduated to a laptop and the computer hutch was replaced with a simple desk. There was a couple in town who were having a yard sale so my son and I loaded the hutch onto our trailer and took it to his place and asked him if he wanted to buy it. He looked it over, said he wanted it, but didn’t want to pay anything for it. So I just gave it to him, which I figured was easier than taking it back home.

It wasn’t long until everybody in our household had their own cell phone and computer. As you can imagine, the kids caught on to the technology right away. My wife and I had to learn it. But we did, and now we have our phones, desktop, laptop, and iPad all sync together. I can take my office anywhere and everything I need is right there.

This technology is pretty amazing for a Boomer like myself. And just as amazing is the artificial intelligence that programs the whole robotic world. We now have driverless tractors, cars, and trucks. Some farmers have robots that milk their cows. I shouldn’t be surprised, but every time I’m introduced to a new technology concept, I’m awestruck. It boggles my mind.

When our son and daughter moved out of the house, we lost our personal tech support. They told us we were on our own and would have to figure out how to solve our own tech problems. So we did – mostly. It’s amazing what one can learn on Google and YouTube. Apple support can turn any dummy into a genius. I gutted and remodeled an entire bathroom simply by following instructions I discovered on YouTube. I wonder how we ever did it before. We got our first cell phone, computer, email, Internet service, and satellite tv all in the same year. Not sure if that’s good or bad. I do know it complicated my life, but mostly for the better – if that’s even possible. It all depends on one’s perception. (I like the daily stream of pictures we get of our new granddaughter).

We’ve come a long way in a short time. When I was a kid, our house phone was connected to a party line with about five other households on the same line. If someone needed to make a phone call and somebody else was on the line you had to wait until they went off. If someone was secretly listening in on your call, you could always tell because there would be a quiet click on the line while you were talking. Funny, because back then nobody wanted anybody listening in on their private conversations, but now, we sign away our right to that privacy every time we sign a cell phone contract. Our cell phones, Siri, and Alexa hear every word we say. One time my wife and I were talking about going to Pizza Hut and within five minutes our phones were inundated with Pizza Hut pop ups. Try it sometime.

Philippians 4:6 tells us not to fret or worry. Instead of worrying, pray. Let God know your concerns.

“To answer before listening – that is folly and shame,” Proverbs 18:3.

Have a great week everyone.