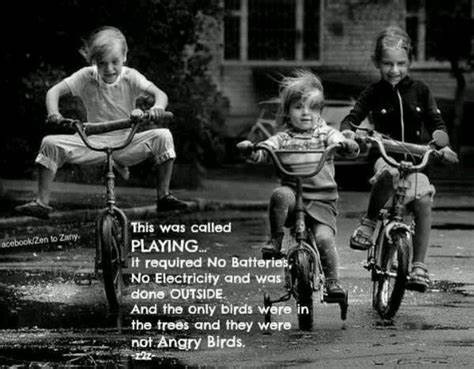 My dad has a sign hanging over his desk that says: “These are the good old days.”  So true.  For the most part, we tend to look back on certain periods of the past in our lives with favor.  These past few days we’ve had beautiful weather.  My wife and I were discussing how it reminds us of when we were kids and the endless days of summer when we would work and play for hours in warm sunshine for days on end.  We didn’t have to deal with gnats and we didn’t get a torrential downpour every other day. We’d bounce our way through the summer riding bikes, playing with cats, dogs, and calves, picking berries and hanging out with grandpa and grandma.  Those were the good old days.

Then, after our children were born, we centered our entertainment around them, going camping at all the Yogi Bear parks we could find, going on hayrides, swimming in the pool at all hours of the day or night, eating delicious meals and sitting around the campfire at night. Those were the good old days.

Then when they got older, they helped with chores in the house and on the farm and we enjoyed working together and accomplishing many things.  Those were the good old days. Now they are married and we look forward to the next good old days.  The point is, every phase of life we look back on turns out to fit the good old days category. 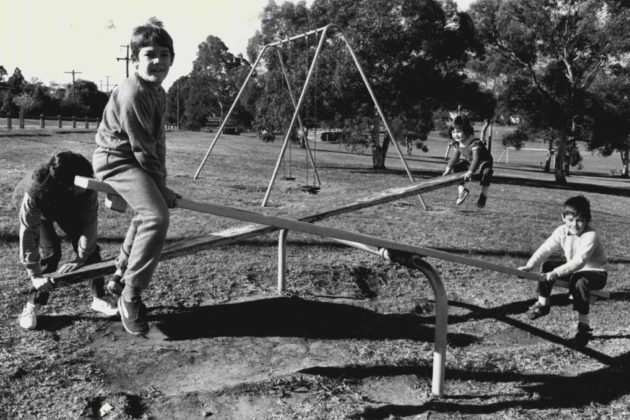 But these good old days weren’t without their hardships either.  Sometimes I hear people say they wish they were born in an earlier time – like the covered wagon days.  Not me.  I don’t even want to go back to the days of two row corn pickers, but I wouldn’t want to have missed those days either.  Every generation has had their share of joy and their share of trouble, but God made you for this time. He determined where you would live and He knows about your coming and going every single day. He knows what you’re going to do this afternoon and tomorrow and the next day.  He knows what you’re thinking about and what you’re going to say next. “Before a word is on my tongue, you know it full well, oh God,” (Ps 139:4).  The Bible says: “From one man (God) made all the nations, that they should inhabit the whole earth; and He marked out their appointed times in history and the boundaries of their lands.  God did this so that they would seek Him and perhaps reach out for Him and find Him, though He is not far from any one of us. For in Him we live and move and have our being,” (Acts 17:26-28).

Some people think that the world is getting better and better. Others think the opposite. Which is it? Well, let’s take a look back and see … 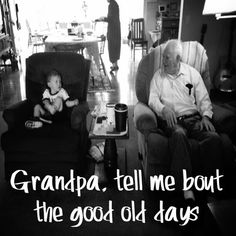 The 20th century started with an extraordinary amount of humanistic optimism.  Charles Darwin captured the imagination of millions with the publication of his book:  Origin of the Species, and the idea that the human race is evolving, supposedly getting better and better, moving towards a golden age.  But then something happened.  Within 14 years of the turn of the 20th century there was the First World War and the appalling loss of life in the trenches.  People said this will be “the war to end all wars.”  But it didn’t end anything. Within 20 years, it started again with World War II.  We were not even halfway through the great new century, and we had two world wars, the likes of which the world had never seen before.

Then, the establishment of the United Nations was supposed to mean that everything was going to be ok.  But with the Cold War and the Cuban Missile Crisis, the whole world was on the brink of annihilation.  Then, as we got near the end of the bloodiest century in human history, there seemed to be a shining hope: The Berlin Wall came down.  There was going to be a “new world order.”  There was going to be peace and the kind of world we could all enjoy. 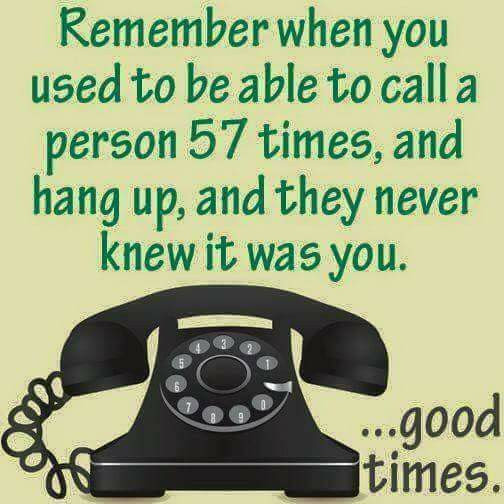 So we moved into a new century, but within a few years the newspapers and the airways were full of a new kind of war, the “War On Terror.”

Look at world history and you will see that every time evil gets pushed down, it rises up again in another even more sinister form.  The world never changes.

Is this world getting better or is it getting worse?  The answer is, Yes! This world is getting better and it is getting worse at the same time!  Jesus taught that there will be good and there will be evil all the way up until He returns again. Our enemy is real.  But He also taught that we can have peace in our hearts as we wait for Righteousness to triumph over evil because our God is greater. One day, these too will be the good old days, but the best of days is yet to come.