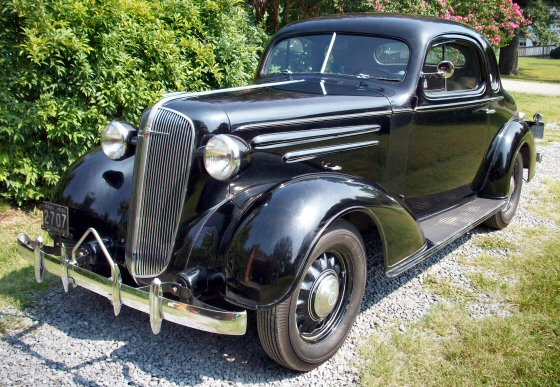 Windshields and Bugs – This time of year, it’s practically impossible to keep your windshield clean of splattered up dead bugs.  The gas station squeegee is just not enough to keep up.  So I came up with a plan – I put some windshield washer fluid in a five gallon bucket and added some water and set it next to the wall in the garage where I park my truck everyday.  Now, when I pull into the garage and get out of my truck, I simply take the squeegee sponge and scrub the windshield. It’s amazing how well that works. It is convenient and easy and it works. (I also scrub off the grill and bumper). 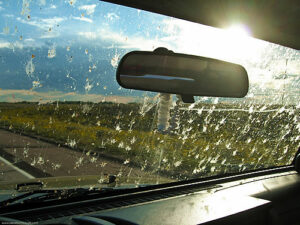 Cattle and corn –  When I was a kid we had a fertilizer salesman that visited the farm every year about this time.  He had a hard time with his “L’s”, pronouncing them instead as an “R”. One of our favorite lines this time of year, when the flies come out thick in the heat and humidity is to quote him: “Fry time is corn time.”  It means the corn is growing like crazy.  The flies are mean this year and persistent.  They act like they have a right to pester us all the time.

This is looking like it is going to be an early fall for the corn crop.  All these warm days in the 80’s and nights above 70 degrees with abundant moisture means the corn is growing around the clock.  It’s going to be an early harvest, and it looks like a big harvest unless something changes soon.  Of course, the old saying is that it’s not in the bin yet. 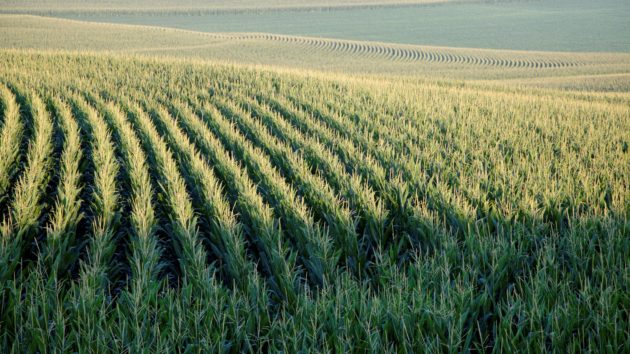 Lawns –  It’s a twice a week summer for the lawn mowing again this year.  I don’t know how those people do it who go camping every weekend. When do they have time to catch up on their yard work? 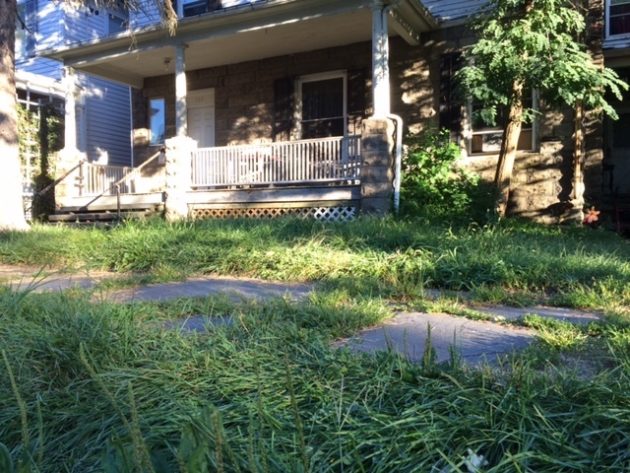 Old car – You may or may not know that several years ago my wife and I purchased from her grandfather’s estate,  a 1936 Chevrolet car.  It has an inline six cylinder motor that runs very smoothly.  Back in its heyday, this was the car to have.  It was easier than getting the horses out of the barn every time you wanted to go to town, but it wasn’t without its breakdowns.  Seems like every time I get the car out, it needs work of some sort.  My son reminds me of the time we were out cruising around in it when I made the comment that “everything on this old car works.  The speedometer works, the odometer works, the wipers work, everything works.”  Then when we came to a stop sign I had to pull on the parking brake to get it to stop. He still laughs at that story, because the one most important thing that didn’t work was the brakes.

When those old cars first came out, some farmers used them like tractors. First gear was so low and the lugging power so great you could pull a hay rake or some other light piece of equipment across the field with them all day long no problem.  Our neighbor told me that at one time, a good car was as good on the farm as a tractor.  I’d like to see someone try that today.

I had an exhaust leak on the old car and it was getting louder and louder every time I got it out.  I discovered it was a manifold gasket gone bad.  I backed it into a corner of the shop and began to take it apart.  What amazed me was that every single nut and bolt that needed to be removed, required the same size wrench – a 9/16’s. That was the only tool I needed to take the motor apart. I don’t think they’d even heard of metric back then.

Old Barn – Last year we moved a barn.  The movers jacked it up, put wheels under it, and moved it down the road a half mile to our place. It’s a grand old barn with a round roof.  In its day it was one of the larger barns in the area.  Today, it is just another lonely barn out on the landscape so we decided to set it apart by putting windows in the shape of a giant cross in one end.  Now it’s a barn that reminds everyone as they drive by of the Lord Jesus. 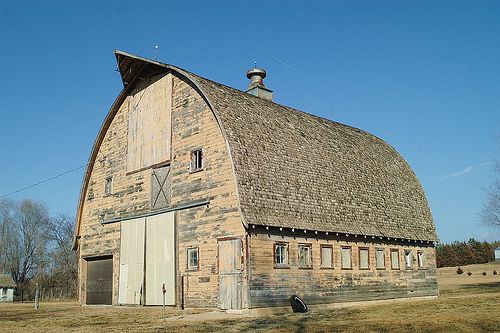 “Inasmuch as it is appointed for men to die once and after this comes judgment, so Christ also, having been offered once to bear the sins of many, will appear a second time for salvation without reference to sin, to those who eagerly await Him,” (Hebrews 9:27).