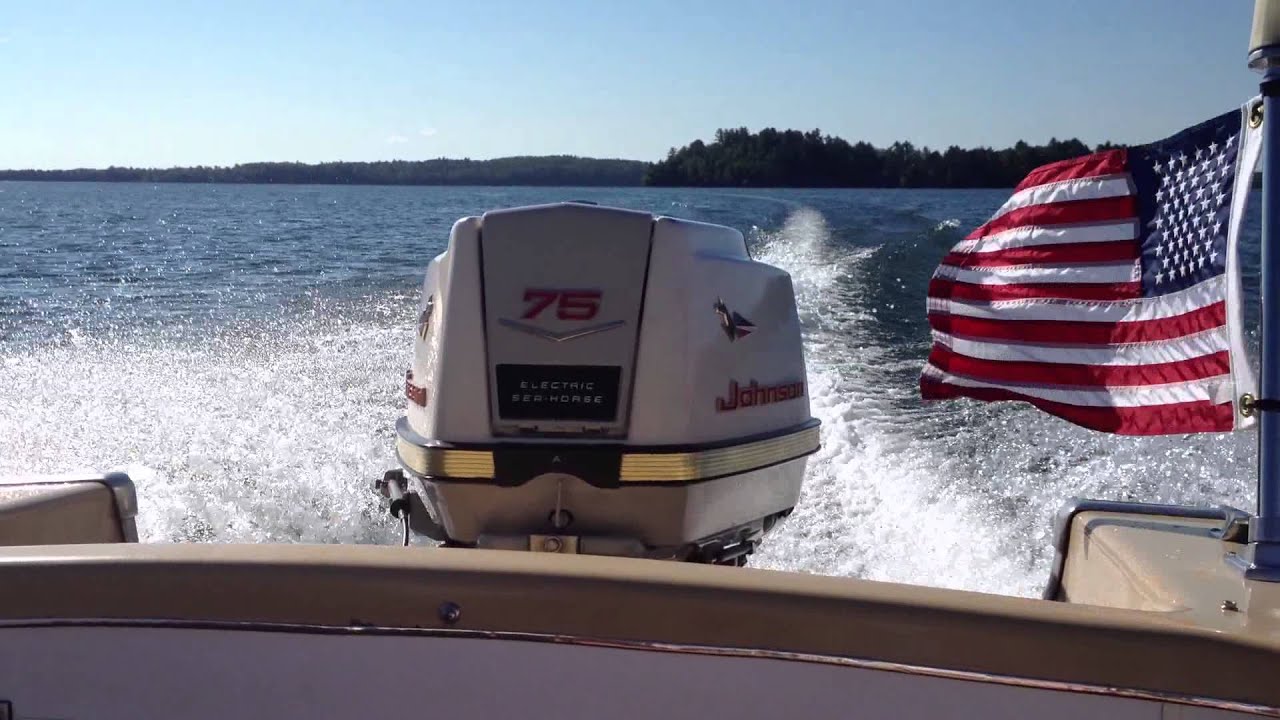 We have 35 million laws to enforce the Ten Commandments.

In my younger years, boating was always a major part of my summer life. I had an uncle who had a boat and he took my family to the lake a few times every summer to go water skiing. When I was a teenager, my uncle sold us the boat. Six of us went in together and came up with the $800 asking price. It was a 17 foot boat with a 75 horse Johnson outboard. In high school, trips to the lake were fun with my friends in that old Johnson outboard. Later, we sold that boat and bought one with a 350 Chevy inboard. That boat turned out to be a disaster – it had little to no power and we didn’t want to put any money into it, so we sold it for about half of what we paid for it. Then we bought another outboard which we used frequently until we all got busy working and raising our families. That boat sat in the corner of the machine shed for a few years until one day a pastor friend of mine asked me if I could get it going and we could take it to the lake for a day. Seemed like a good idea.

I pulled the boat out of the shed and spent about three days cleaning the coon poop out of it. I shoveled and pressure washed and scrubbed and washed and scrubbed some more. I finally got it presentable and sterile enough to use. The motor started and idled well. We were all set for a day at the lake. Once we had it in the water, we discovered it stalled out when we tried to throttle up. My friend decided to have a look, so he got  out of the boat, took the cover off the motor and was standing in water that came up just over his waist. He was fiddling around with something and told me to “try it.” So I turned the key and started cranking the motor when all of a sudden he let out a blood curdling scream/shout sort of a noise. Turns out, he got quite a shock from one of the spark plug wires that was loose. I suppose so – standing in waist deep water holding on to a live spark plug wire is going to send quite a jolt through your body. Of course, you’re not supposed to laugh in those situations, but then, it’s impossible not to. After that, we ended up trailering the boat and renting jet skis the rest of the day, which actually was more fun than water skiing and tubing. If I ever feel the urge to buy another boat, (which I won’t) it will be in the form of a jet ski.

Unless it’s a pontoon. We rented a pontoon for a day one time and took our family and friends on an afternoon tour of Apple Canyon Lake. We floated around the lake taking in the beauty, relaxing in the sun, and did some diving and swimming off the boat. We docked, grilled burgers and had a picnic. It was a very memorable Labor Day.

On another occasion, when we lived in San Diego, some friends invited my wife and I to a sail boat race on San Diego Bay. All I remember is that it was a long race taking up most of the day. The scenery was beautiful but after 5 or 6 hours I was ready to dock and do something else. These people were serious about racing and it was all business to them. They barked orders back and forth to each other all day long. I remember wondering if they were having any fun at all. It seemed quite stressful. They came in 5th place.

Boating was a big deal in the Bible. Jesus stood in a boat on the water’s edge and preached one day. The acoustic experts of our day tell us that it was ingenious of Him because His voice then carried across the water to where the people stood on the shore and the hillside beyond. Later, He and the disciples pushed off and were on their way across the Sea of Galilee when a big storm blew up. That was when He calmed the storm. On another occasion, the disciples were out in a boat fishing all night and caught nothing. Jesus shouted to them from the shore and suggested they cast their nets on the other side of the boat. They did and the catch was so large it tore their nets. We probably won’t need boats in heaven and most likely there won’t be any fishing up there since there won’t be any death or pain – that includes the fish. Interesting

“Eye has not seen. Nor ear heard. Nor can the mind comprehend the things God has in store for those who love Him,” (1 Corinthians 2:9).