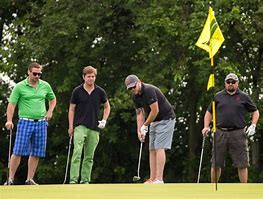 It’s been a very wet year around this part of the country.  We’ve barely had three days in a row without rain.  Over the fourth of July, my wife and I drove from Southern Wisconsin to Nashville, Tennessee.  It’s about a nine hour drive.  Most of that time is spent driving the length of the state of Illinois from north to south and then back again.  Most of the crops in Illinois are just coming up out of the ground.  Some acreage is still under water.  A few farmers were out working the ground when we went by preparing to plant.  But once we got into Kentucky and Tennessee the corn was in full tassle and the wheat had already been harvested.

A gas tax in Illinois went into effect on July 1, raising the price of gasoline 19 cents a gallon.  Essentially this will hurt the border town gas stations as most people who live near a bordering state will simply gas up while they’re there, saving a lot of money.  There’s a sign on a gas station in Warren, Illinois (one mile from the Wisconsin border) that says something like: “The tax is not our fault.  Please buy local.” I don’t blame them, During our trip, the price of gas in Kentucky was a full 50 cents cheaper than it was in Illinois.  Sorry Illinois, but we filled up in Kentucky on our way back and made it all the way to Wisconsin on one tank.  It was close, but we made it.

With all the wet weather we’ve had this year, I was not surprised when we had water flowing up through the cracks of the concrete just outside our heifer shed.  This is not unusual considering all the moisture we’ve had over the last couple of years, so I didn’t think much of it at first. But then things began to not add up.  Every year when it gets cold in October I turn the electric heaters on to the cattle waterers, then in April when the weather warms up, I turn them off.  The electric bill drops off significantly when those heaters are shut off.  But this year for some  reason, the bill did not go down.  When the May light bill was just as high as the January bill, I began to wonder what was going on.  Then the June bill came and it was just as high as the May bill.

Then one day, when I was in the heifer shed doing some work, I heard a gigantic gulping sound from below the deck somewhere.  Suddenly I knew exactly why the electric bill was so high. There is a water line that dead-ends just outside the shed where, in the past, there was an automatic fountain out there for hogs.  When the people who owned the farm before us got rid of their hogs, they simply shut the water off to the shed.  When we remodeled and put heifers in there, we knew that water line was there, but there was no way to shut it off without shutting the water off to the whole shed.  We couldn’t do that – the heifers needed to drink.  Well, last winter, when it got down to 40 below, that outside line froze and then cracked a few feet below the surface.  When things warmed up and thawed out, we discovered we had a natural underground geiser welling up to the surface.  What I thought was a spring, was actually a broken water line.

Once I finally figured it out, I called the digger, and he came out and we busted up the concrete and dug up the line and capped it six feet below the surface and filled in the hole.  No more freezing in winter.  Now that the pump in the well is not running all the time, hopefully my next electric bill will be more in line. A penny saved is a penny earned – or something like that.  “The purposes of a person’s heart are deep waters, but one who has insight draws them out,” (Proverbs 20:5).

A few weeks ago our church sponsored a small golf tournament.  By sponsored, I mean we asked anyone who wanted to spend a Saturday morning on the golf course with some of their church friends to show up at 9 o’clock.  We dubbed it “The Martintown Open.”  We had a few people come out and had a very enjoyable time.  One thing I’ve learned about golfing is that when it comes to us amateurs, we’re all about the same caliber on the golf course – which is pretty bad.  Sure, there are a couple of people who put a lot of time into their game and are better than the rest of us, but they are the exception.  So we get out there and hack away and do more laughing than cursing.  The good players humbly accept that they’re better than we are and they try to encourage us who aren’t quite as good, (it’s all relative anyway).  Someone will shout:  “Nice shot. There you go!” But really we know it wasn’t a nice shot and we’re not going anywhere, except maybe back to the club house for lunch once this charade is over.

The interest level in our next outing went way up after I announced in church all the fun we had.  Sounds like next time there will be a lot more people participating.  That in itself is encouraging.  With any luck at all, I won’t be the worst one on the course next time and I can be the one shouting:  “Nice shot!  There you go!”

“May the God who gives endurance and encouragement give you the same attitude of mind toward each other that Christ Jesus had,  so that with one mind and one voice you may glorify the God and Father of our Lord Jesus Christ.” (Romans 15:5-6).