“They behaved like men wielding axes to cut through a thicket of trees,” (Psalms 74:5).

A couple of years ago, my wife found me a new office desk on Craigslist. She negotiated the price and got it down to what she considered to be a good deal and then sent my son and I to pick it up.  It’s huge.  It took a pickup truck and a trailer to bring all the pieces that went with it home.  It has plenty of drawers and includes another completely separate piece of furniture with compartments and drawers as well.  At first I thought most of the drawers would sit empty.  But it’s funny how that works, a place for everything and everything in its place – the desk is now full – and then some.

In spite of the beautiful desk, I’ve never had a comfortable office chair to sit in.  I’ve always sat on a hand me down kitchen chair or a folding chair.  I never really thought much about it until one day, my wife and I were visiting our son and daughter-in-law during the height of the COVID pandemic. Both of them had to stay home from work and school.  Our son was all excited about a new chair he had purchased to make his home office a little more comfortable.  I tried it out and liked it, but didn’t give it a second thought.  But then, lo and behold on Father’s Day they showed up at our door with a brand spanking new chair as a gift for me.  It’s full leather with a padded seat, arm rests, wheels, and a high back that reclines.  It’s great. I’ve discovered all chairs are not created equal.

This year’s fourth of July was the best ever.  Our whole family was together for the first time in several months.  Early in the afternoon of the 4th, we drove to Shullsburg, Wisconsin to visit a mining museum.  When we arrived at the park, we noticed a fair number of cars lining the street to watch a Home Talent baseball game.  So we found a shady spot and sat down and watched the game.  It was great to see a real live baseball game in action again.  By the time we left to go to the museum, we had reacquainted ourselves with a few of the spectators who we just happened to know.

The museum is quite an experience.  On the tour you descend 60 feet down switchback steps into the belly of the earth where more than 100 years earlier the miners had dug tunnels and passageways into the rock in order to mine the lead out.  At some places, you are walking through running water while bending over not to hit your head on the rock protruding down from overhead.  It’s hard to imagine working in a place like that, under those conditions six days a week, twelve hours a day. Yet that’s what they did.  On their day off, some of the miners would drink and gamble a whole week’s pay away in one day.  Seems like a rather harsh way to live.

After the mine tour, we visited a place called Gravity Hill south of town where we came to a complete stop, put the car in neutral, and for a few hundred feet we rolled backwards, uphill.  It’s the most amazing thing.

Later that day, back home, we grilled out and had a relaxing time sitting around on the patio eating, talking, laughing, and just enjoying the beautiful day and each other’s company.  That night we returned to Shullsburg for a fantastic fireworks display.  Kudos to the people who organized it and kudos to the city of Shullsburg for not letting the coronavirus shut down the 4th of July. 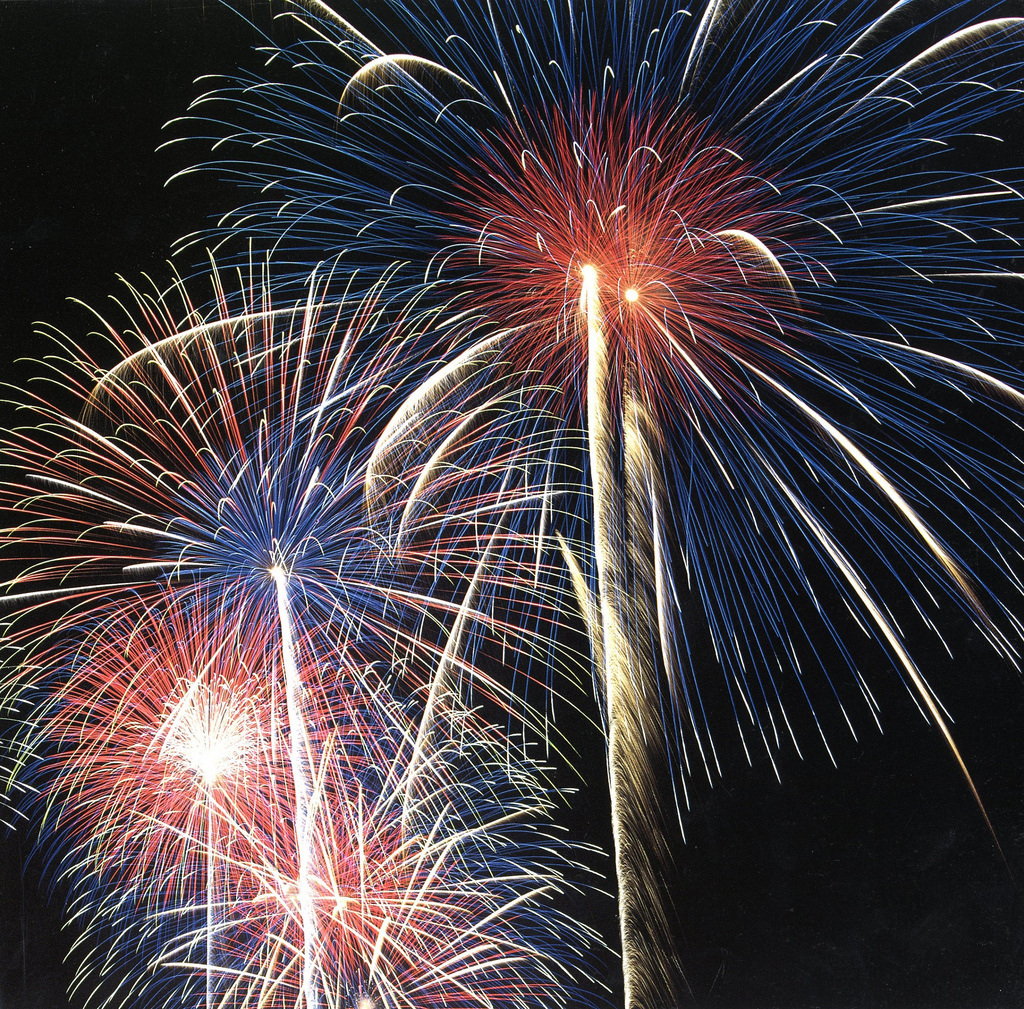 A few weeks ago we had a gigantic tree out in the yard that needed to be cut down and another that needed some serious trimming.  A couple years ago, a storm blew through and split the one closest to the house.  By my estimate, the tree is about 90 feet tall.  Fortunately, the damaged branches fell away from the house and not on it.  The other tree was hollow inside and as equally great a hazard.  It had lost many of its branches to storms over the years and was a sorry sight.  It no longer stood tall and proud, rather it was discrepant and an eyesore.  We had them cut down and I hauled the refuse to a burn pile out in the pasture.  The plan was to have a huge bonfire the night before the 4th.  Our daughter and son-in-law had traveled from Nashville that day, and we thought it would be a fun way to celebrate.  This time of year it doesn’t get dark until after nine o’clock so we had to wait awhile for old Mr. Sun to set for the day.  As it was getting darker and darker, we were getting more tired and more tired.  No one wanted to say anything, yet we all felt the same – let’s go to bed and we’ll do this another day.  Finally, our daughter said: “Dad, would you be disappointed if we saved the bonfire for another time?”

Would I be disappointed?  The last thing I felt like doing that night was tending a fire until the wee hours of the morning.  We happily turned in for a good night’s sleep and saved the fire for later.

Sunday came and we gave out a box of sparklers to everyone who attended church.  I announced ahead of time that we were planning to have a special surprise for everyone who came to church that day, but didn’t reveal to them what the surprise was going to be. Anticipating something great, one little four year old girl asked her parents if the special surprise was Jesus coming?!

Hope you have a great week!