The salesman at the furniture store told me, “This sofa will seat five people without any problems.”

I said, “And just where am I going to find five people without any problems?”

Summer is great. A little more rain wouldn’t hurt, but God has provided just enough at just the right times to get us through. God always gets us through.

If you had a bank that credited your account each morning with $86,000 that carried over no balance from day to day and allowed you to keep no cash in your account, and every evening cancelled whatever part of the amount you failed to use during the day, what would you do? Draw out every cent every day, of course, and use it to your advantage. Well, you have such a bank, and its name is TIME! Every morning it credits you with 86,400 seconds. Every night it rules off as lost whatever of this you failed to invest to good purpose. It carries over no balances, it allows no overdrafts. Each day it opens a new account with you. If you fail to use the day’s deposits, the loss is yours. There is no going back. There is no drawing against tomorrow. 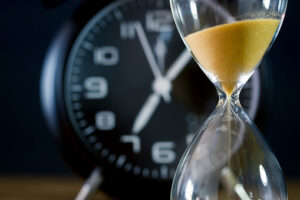 Time is constant but it is also relative – in the sense that it crawls and flies at the same time depending on your perspective. When you’re in a hurry to go somewhere and someone else is dragging his feet, you accuse that person of taking forever to get ready. When the game is winding down and your team is clutching perilously to a small lead, the clock cannot run out fast enough. When you are having the best day of your life, it ends way too soon. Even a broken clock is right twice a day.

THE PILLSBURY DOUGHBOY DEAD AT 71

Veteran Pillsbury spokesman, The Pillsbury Doughboy, died yesterday of a severe yeast infection and complications from repeated pokes to the belly. He was 71. 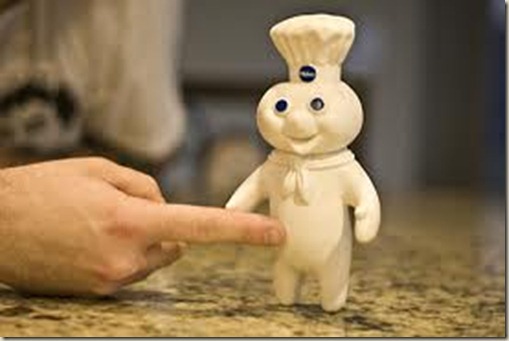 Doughboy was buried in a lightly greased coffin donated by No Stick Pam. Dozens of celebrities turned out including Mrs. Butterworth, Hungry Jack, Betty Crocker, The Hostess Twinkies, Captain Crunch, Snap, Crackle, and Pop, and many others.

The graveside was piled high with sifted flours as longtime friend Aunt Jemima delivered the eulogy, describing Doughboy as a man who “never knew how much he was kneaded.” Mr. Potato Head commented on how fortunate he was to have all his parts permanently attached.

Doughboy rose quickly in show business, but his later life was filled with many turnovers. He was a very smart cookie, making a lot of dough on many half-baked schemes.  As a crusty old man, he was a crescent roll model for millions.

Doughboy is survived by his wife, Play Dough. They have two children and one in the oven. The funeral was held at 375 for 50 minutes.

Who thinks this stuff up – and in such detail?  I’m a jokester, but I’m more spontaneous than premeditated, which gets me in trouble most of the time.

A male golfer was preparing to hit his ball from the red ladies tee on the first hole, right in front of the pro shop. As he began his backstroke, a voice boomed over the public address system: “Would the man hitting his ball from the ladies tee, please move it back to the men’s tee?”

He glared over his shoulder, then began again to prepare to hit his ball.

The loudspeaker again shattered the silence, repeating, “Will the man hitting his ball from the ladies tee, please move it back to the white, men’s tee?”

At that, the man turned and faced the clubhouse. Cupping his hands to his mouth he hollered, “Will the man in the clubhouse please be quiet, so I can take my second shot?”

Here’s hoping you put together 604,800 good seconds in a row. Have a great week.

“There is a time for everything, and a season for every activity under the heavens,” (Ecclesiastes 3:1).