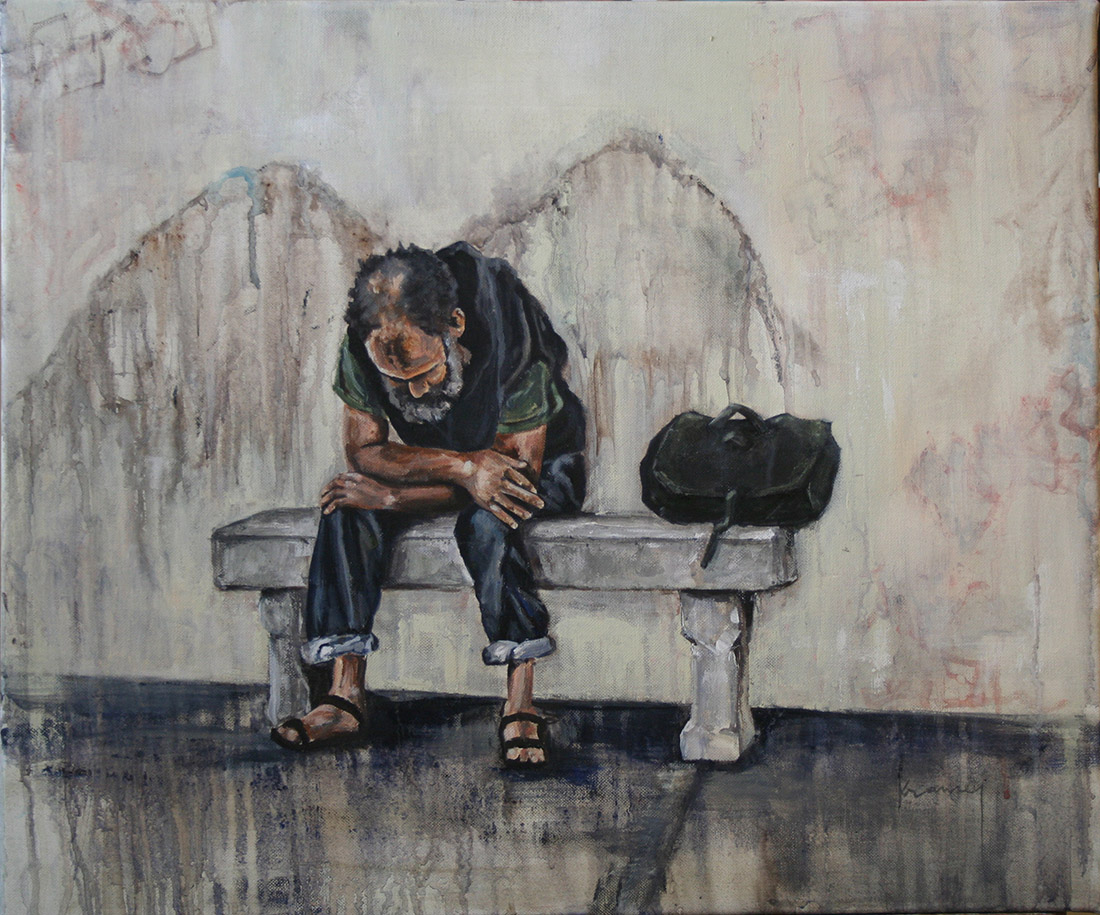 We had a little incident last week in our neighborhood. The police dubbed it “The Barefoot Bandit.” The story goes that a guy was traveling down our road when he got stuck in a snow drift. He had become disoriented and had no idea where he was. Instead of calling for help on his cell phone from inside his car, he opted to get out and walk to the nearest house, which was just down the road from us. No one answered the door so he broke a window and went inside and called the police on himself. He told them his dilemma and why he broke into the house and wanted them to come and get him before the owners got home and shot him. The police found him without incident.

They called him the Barefoot Bandit because from what I understand, he was wearing a pair of clogs – with no socks. You can imagine how cold his feet got walking through deep snow (or shallow snow for that matter).  He said he had to break into the house because his feet were going to freeze. The police allowed him to warm up – in jail for the night. The next day they decided not to press charges. Apparently this guy’s mom never told him to take a blanket and an extra pair of boots along in the trunk. It sounds like his mom never even told him to wear real shoes and socks when going out in the snow.

When we were in Kentucky last week on our mission trip to the tornado stricken community, in the evening after dinner some of us would gather in the lobby area of our hotel and reflect on our day. We’d share stories and do a lot of laughing. One gentleman brought his guitar with him and several of the teenagers who came on the trip would gather round and lead us in hymns and worship songs. It was a very relaxing and satisfying way to wrap up a hard day’s work.

These mini-concerts would attract a small audience of families who were staying at the hotel and staff people. The desk clerk told me there were approximately 40 displaced people who were living at the hotel since December 10th because their homes were destroyed in the torandoes. The last night we were there, during our final concert a young boy about 8 years old came down carrying his own guitar. It was a Christmas gift from his parents and still in the box. He asked our guy if he would give him guitar lessons. It was a great moment. This little guy watched and listened intently while being given the most basic guitar lesson. Perhaps some day he’ll be famous and we’ll hear about how he started his star-studded career in a hotel lobby with guitar lessons from a stranger.

That evening while the group was playing and singing, a disheveled man walked in the front door wearing a camo sweatshirt and carrying a duffle bag. He set his duffle bag on the floor and sat down at a nearby table. For a while, he tapped his foot and nodded along to the tunes we were playing. Then he walked away, leaving his duffle bag behind. This got the attention of some in our group. We live in a time where any little circumstance such as this gives cause for caution. But it was just a couple minutes later when he came back and rejoined our concert. One of our men went over and struck up a conversation with him.

His was the usual hard luck story. He was originally from Minnesota, had traveled to Florida by bus and now had made his way to Kentucky to help with relief efforts. He was working odd jobs making just enough money to live day to day. He had pitched a tent behind the Walmart in Paducah and was helping with roofing and clean up jobs during the day. But that night they were forecasting single digit temperatures and 3 inches of snow and he was seeking shelter indoors. He wondered if we could put him up for a night?

My gut response was to believe everything he said, but at the same time believe none of it. It could be a scam. I talked to one of our leaders and together we decided that if he was scamming us, that would be between him and the Lord and so we paid for his room. The desk clerk asked him for his I.D. He said he didn’t have any so I booked the room in my name. Of course, this was strange. No one travels the country without identification, but we followed through on our commitment just the same.

One of the ladies in our group was carrying around a Tupperware full of delicious cookies and she offered him one. He grabbed a handful of them, at least three – maybe four cookies –  and scarfed them down in about 10 seconds. He looked hungry. He thanked us profusely, took his room key and disappeared down the hall. I expected we’d see him in the cafeteria for breakfast when it opened at 6:00 a.m. But he wasn’t there at six and when we left the hotel at 7:30 he still hadn’t shown up. We never saw him again.

Later, as I was thinking about this incident and wondering whatever became of him, it struck me that perhaps he was an angel sent from God to test us. Hebrews 13:2 says: “Don’t forget to show hospitality to strangers, for some who have done this have entertained angels without realizing it!” I wondered if this man was an angel in disguise sent from God to give us the opportunity to show hospitality to a stranger. I guess we won’t know until we get to glory. But if it was a test, I hope we passed it.