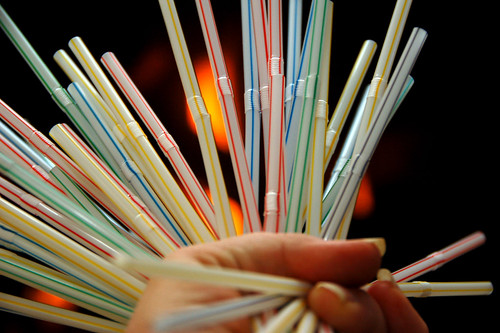 Remember when Y2K was the big scare?  Our computers were going to shut down.  We weren’t going to be able to bank or buy gas or groceries.  Our electricity was going to stop flowing.  Certain people I knew stocked up on all kinds of supplies – even golf cart batteries because that was going to be their electrical supply until the rest of the world came back on the grid.   Well that was 20 years ago – 7,305 days – each lived one day at a time.  I wonder what the next 20 years have in store?

My wife has a plaque on the wall that says: “All I need today is a little bit of coffee and a whole lot of Jesus.”  The trouble is, we can never seem to get enough of both.

Here are 15 exercises we’d be better off without in 2020:  Jumping on the bandwagon ~ Wading through paperwork ~ Running around in circles ~ Pushing your luck ~ Playing in traffic ~ Spinning your wheels ~ Adding fuel to the fire ~ Beating your head against the wall ~ Climbing the walls ~ Beating your own drum         ~ Dragging your heels ~ Jumping to conclusions         ~ Grasping at straws ~ Fishing for compliments ~ Throwing your weight around ~ Passing the buck ~ Running with scissors.

A few years ago, a good friend of ours suggested that instead of New Year’s resolutions, we set New Year’s goals.  So that’s what we do.  I remember one friend in particular, who wasn’t a regular church-goer, set as his goal to attend church a total of six times during the next year.  He decided to get them out of the way the first thing, so he went to church the first six Sundays of the year.  But a funny thing happened on his way to church – he liked it so much he kept going.  Turns out he only missed six Sundays all year!  And along the way, he went from being a skeptic to becoming a believer.  That’s a cool story and one we laugh about all the time.

Another friend, who had sworn off church a few decades ago became curious about me and my farmer/pastor background.  He asked my wife and I a million questions about both our farming and church backgrounds.  Our conversations somehow always came back to our faith in God.  He’s an older gentleman and he and his wife are retired.  They belong to a movie club and watch a lot of movies.  We recommended they watch a Christian movie called: “I Can Only Imagine.”  They watched it and liked it so much that they began renting other Christian movies like Overcomer, and God’s Not Dead.  Recently, he mentioned that now all they watch are Christian movies.  “We don’t even watch that other stuff anymore,” he said.  “And by the way, we’re coming to church on Sunday.”  We had invited him countless times, and he always turned us down.  His wife said it would be a cold day in you know where if he ever went to church again.  I’m not going to get into her theology, but it will be great to see them sitting together in church on Sunday morning.

A number of years ago, I was talking with a young man who had stopped coming to church.  When I asked him why he said, “Well, I’ll tell you why I hesitate to come to church, it’s because when I’m at work, I can’t seem to live like I know I’m supposed to.  There is so much failure in my life when I am at work.  I lose my temper and sometimes curse and say things that I shouldn’t.  This is why I don’t want to come to church, because I feel like a hypocrite when I do.”

I said, “You know, a hypocrite is someone who acts like something he isn’t. When do you act that way?” “Well,” he said, “if I came to church after the way I live through the week, I’d be a hypocrite, wouldn’t I?”

So what do you say?  Don’t be a hypocrite.  How about finding a church you like, and setting a goal to attend regularly this year?  God might just surprise you.