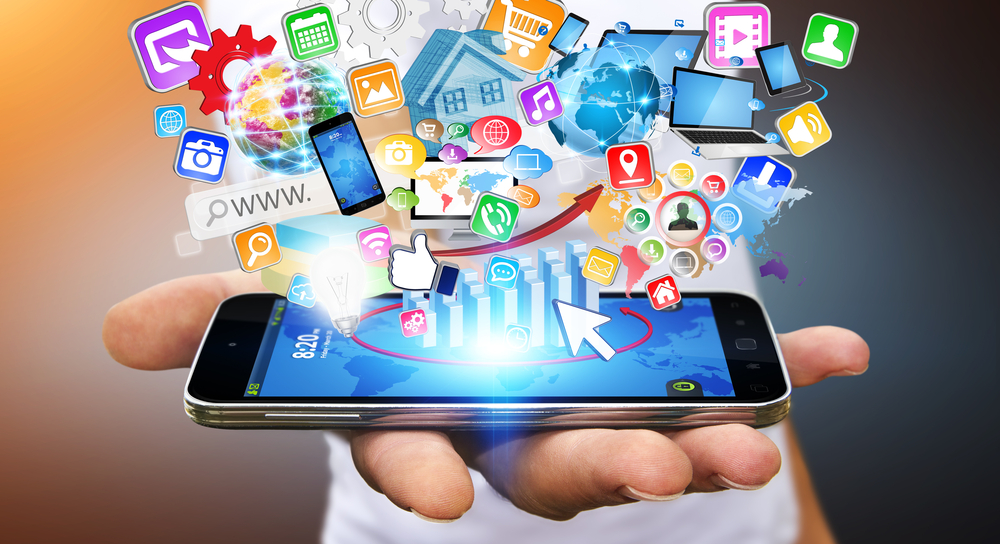 Computers, smart phones, smart TV’s, smart thermostats, smart doorbells, smart alecs, and now smart houses – how do us dumb people keep up with all the smart techonology these days?  Now they even have smart mirrors that talk back to you.  “Mirror, mirror on the wall…” is not just a fantasy anymore.  I remember when our parents didn’t know how to set the time on their VCR’s.  I’d go to their house and it would continuously be blinking:  “12:00” “12:00” “12:00”.  Every time we had a power surge, we had to reset their VCR.  Now I’m that parent.

On the eve of our son’s wedding, just before he was to leave the nest, he sat his mother and I down for a son/father/mother talk.  He said, “Dad, Mom, after I get married you are going to be on your own.  I am not going to be around anymore to help you with your phones and computers when they get the best of you.  Don’t call.  Don’t ask me to fix your problem.  Just figure it out yourself.”

Talk about tough love.  They say as one ages, the family roles become reversed.  (I’m not even that old, but the reversal has begun).  In response to my sons announcement, I put on my stern voice and told him, “Son, your mother and I will be just fine.  We … are … survivors!”  That was almost five years ago.

Of course, we pushed the limits and tested the boundaries.  A phone call here, a text message there whenever we got stumped, but he remained strong.  His favorite words were:  “Figure it out.”  And so we did and I’m happy to say that now we can figure it out and if I can’t, I’m not afraid to call tech-support and ask for help.  It’s great actually.  They are the nicest people.  They understand me.  They don’t judge me at all.   They know when they have someone on the line that just needs to be talked to in a nice voice and walked through a few simple steps.  And the funny thing is, now our son is actually offering to help us, but guess what?  We don’t need his help anymore.  Take that.

We live out in the sticks.  Our nearest neighbor is about a half mile away – maybe less.  In the summer, we can’t see anything but corn.  And I don’t mean corn fields, I mean corn.  The first row blocks the whole field. We can’t see the forest through the trees (or is it the trees through the forest?)  It’s not unusual for our WiFi to falter from time to time.  One of the guys at the office told me that when the leaves come out on the trees, and the corn grows, it affects our reception.  I guess somehow the foliage absorbs the signal.  Who knew?  But that was years ago.  Technology seems to have overcome that obstacle.  But the wind is still a hindrance.  It messes with the devices on the tower.

Occasionally on a windy day our signal will pulsate on and off.  I can’t do any office work without a strong signal.  My keyboard is wireless, my mouse is wireless, and my printer is wireless.  When the WiFi fails, I fail (to get anything done).  I even installed a thermostat that operates through the WiFi.  I can check it and adjust it on my phone from anywhere in the world – but mostly from the couch.  Not that I need to, it’s just fun to know I can.

The other day, my WiFi went down.  So I did what every tech-savvy person would do:  I unplugged the router; rebooted the computer; had a cup of coffee; talked to my wife, waited ten minutes, and plugged everything back in.  No success.  So I called tech-support.  The nice man told me the problem was with my computer.  At that, I got a little irritated with Mr. Nice Guy, but tried not to show it.  “This has happened before,” I said, “more than once,” (long pause) “and the problem was always on your end.”

“Not this time,” he said quite cheerfully.  I knew he was wrong but I politely thanked him and hung up.  Actually, I didn’t “hang up”.  Nobody hangs up anymore.  I “touch screened off”.  Then I went into the “settings” mode on my computer and discovered that the WiFi had somehow become disconnected.  I hate it when that happens.  I reconnected and it’s worked fine ever since.   I was sharing this story with some people at church that evening, and one of them responded:  “Your son must be so proud of you!”  Probably not.  And I’m not even going to tell him.  But don’t think I’m not proud of myself, because I am.

Us humans are like our computers – when a problem arises within, it won’t … it can’t … just fix itself.  It needs Somebody – a Programmer – to change the settings.  God has sent the signal, we just need to receive it.  He will change our settings and our lives if we let Him.