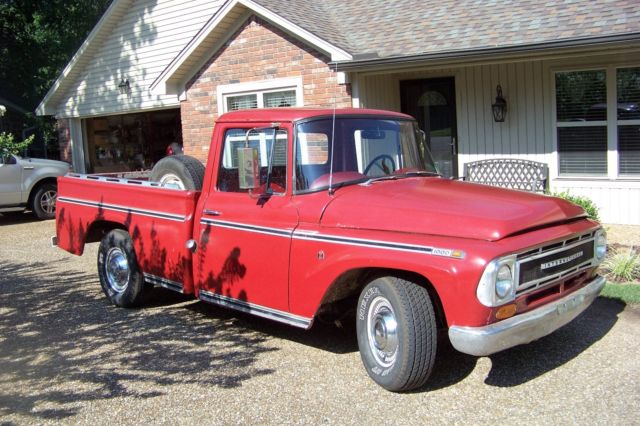 I was reading one of my favorite blogs the other day and the author, who I consider my friend, included a link to a group of pictures with no captions. They were beautiful pictures of natural scenery like the beach and the desert and a narrow, mountain switchback fire access road. There were also scenes of animals like horses and dogs. Other pictures included vintage vehicles like a Jeep CJ 5, an International Scout, a 68 Mustang, an Indian motorcycle and a couple of IHC Pickup trucks. I gathered the purpose of these pictures was to take us to a place of solitude in our minds – to a much slower and simpler life. That’s exactly what they did.

I used to own a Jeep CJ 5 and I rode it in the foothills of the mountains when we lived in California. My brothers and I grew up on motorcycles. Before we were married, my wife gave me a Siberian Husky puppy and that little dog went with me everywhere – even on the motorcycle. He would hop up in front of me and ride with his rear end on the seat and his front paws on the gas tank. He loved speed and the wind in his face. Those were great times.

My favorite scene was one with an old IHC pickup from about 1968. We had one of those when I was a kid. It was a ¾ ton workhorse. It was built like a tank and practically took the place of another tractor on the farm. It had an automatic transmission and I remember one time when I was picking up hay bales in the field that had missed the wagon, it almost got away from me. I would pull up beside a bale and jump out and throw the bale into the back of the truck. Only one time at the top of a hill, I jumped out, grabbed the bale on the ground, and before I could throw it on the truck, gravity took over. The truck was still in gear and moving when I jumped out. Once I let go of the steering wheel, it made an abrupt right turn in the direction of down hill and took off without me.  I’m not a fast runner. Never have been. In high school when I played on the baseball team, when I ran to first base after hitting the ball, my teammates would laugh at me because I was so slow and they would shout: “Get the plow out of the ground.”

But on this day, none of that mattered. I had to catch that truck. I took off at a wild sprint and ran for all my worth after that red, IHC pickup as it went lickity-split across that hayfield and down the hill. It was a long hill and at the bottom was a barbed wire fence and beyond that a 200 acre corn field.  I ran and I prayed as I ran and God is good because I caught that truck and grabbed the driver’s door which was still open and somehow managed to pull myself inside and hit the brakes just as the grill touched the fence.

I never did that again (intentionally). However, there was one time when I had to chase my runaway dump truck across the field but that’s a story for another day.

Proverbs 22:3 “The prudent sees danger and hides himself, but the simple go on and suffer for it.”

Hope your New Year has started well.  May God bless you.