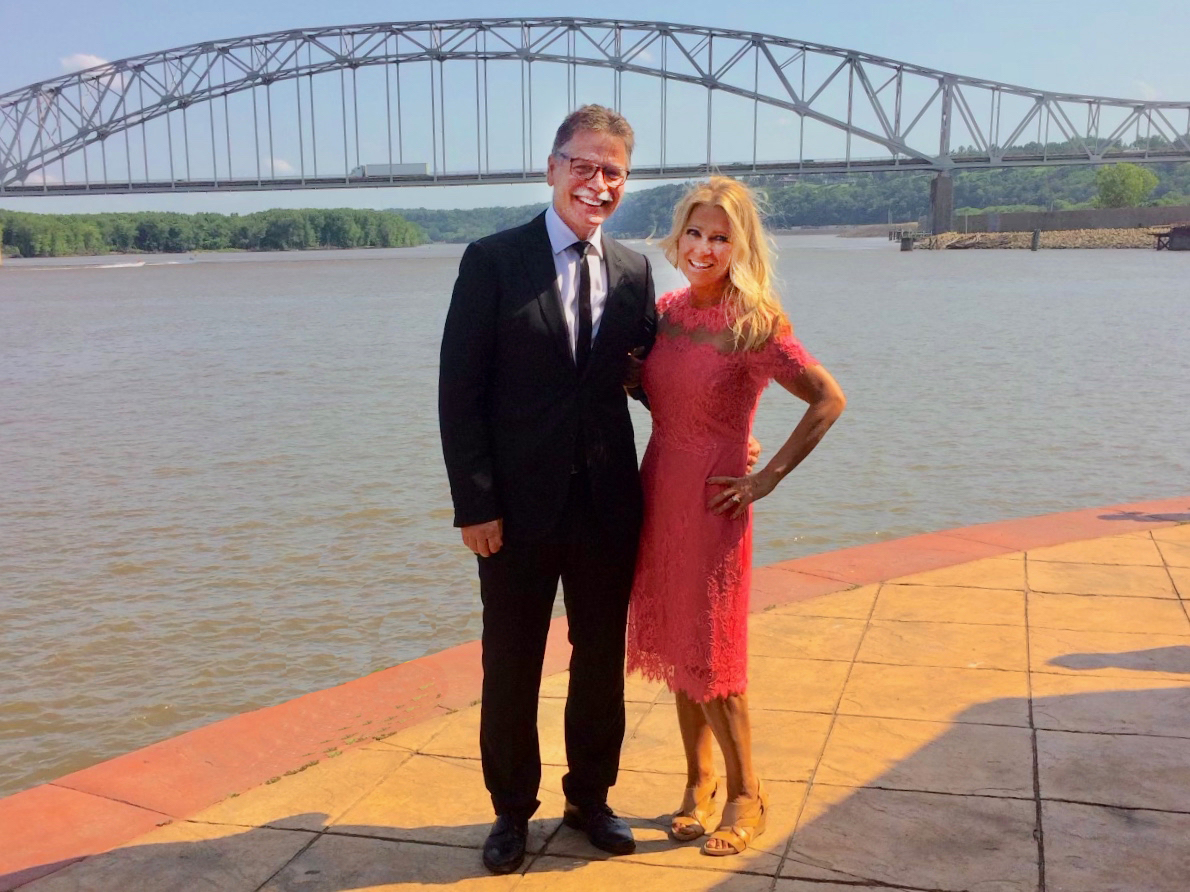 This time of year is always significant to my wife, Cindy and I. We celebrate our wedding anniversary on February 14th. This year has special significance because we are celebrating 40 years of marriage!

It all began in the spring of my 19th year when this beautiful girl caught my attention. Not only did she have unsurpassed beauty, but I soon discovered she had inner beauty clear to the depths of her soul. She was, and still is, a gem. We dated for a few years and tied the knot in an enchanting candlelit Sunday evening ceremony at Martintown Community Church on February 14, 1982. We had no idea what to expect when we sent out our invitations, and over 300 guests arrived for our wedding. The church was packed wall to wall from the sanctuary to the lower level – where all they had at that time was the audio feed being streamed through speakers in the basement. The whole thing was amazing and to this day, still seems almost like a blur to me.

Earlier that year in January, my brother got married in Colorado. A bunch of us carpooled to their wedding, including my future wife and I. We were planning to get married in April. But on the way home as we were talking about our wedding plans, she said to me: “Let’s get married on Valentine’s Day. We can have a Valentine’s Day wedding. I’ll decorate the church. It will be beautiful.” The wheels were spinning in her head and things were happening. The only catch was that Valentine’s Day was barely three weeks away. She said she could do it, and I didn’t doubt her for one minute. She already had her wedding dress. We quickly purchased wedding invitations and got them in the mail. We reserved the church and in those days receptions were held in the church immediately after the ceremony, so it was two for one. So that’s what we did. She made it happen.

That winter it was cold and snowy. Temperatures were well below 20 below zero during the week, and on the three weekends prior to our wedding, we were pounded with one blizzard after another. Highways were closed and vehicles were stalled in the middle of the road, stuck in the snow with nowhere to go. We wondered if we would even have a wedding. But, a couple of days before our big day, the weather broke and we were greeted to warm, 40 degree Wisconsin sunshine. After the ceremony and reception and well wishes from family and friends, we were whisked off to our honeymoon suite in a big, black limousine, courtesy of my wife’s best friend.

Over the years, we’ve lived in five different states as far away as California. A few years ago we purchased a home that is less than one quarter of a mile away from the first house we lived in as a married couple. Who knew? For many years, on the Sunday closest to our anniversary, our pianist and song leader at church, Bob and Dorothy, would stop the worship service and sit us down in a chair in front and sing us an anniversary love song. The memories – they add up.

In 1982 Ronald Reagan was President of the United States; the San Francisco 49ers won the Super Bowl and the St. Louis Cardinals won the World Series by beating the Milwaukee Brewers in 7 games.

A lot of things have changed since then. But some things haven’t. In tribute to my lovely wife of 40 years, I offer to you the words from Proverbs 31: “A wife of noble character who can find?  She is worth far more than rubies. Her husband has full confidence in her. She brings him good, not harm, all the days of her life. She is clothed with strength and dignity. She speaks with wisdom. She watches over the affairs of her household and does not eat the bread of idleness. Her children arise and call her blessed;  her husband also, and he praises her: ‘Many women do noble things, but you surpass them all.’ Charm is deceptive, and beauty is fleeting;  but a woman who fears the Lord is to be praised. Honor her for all that her hands have done, and let her works bring her praise at the city gate.”