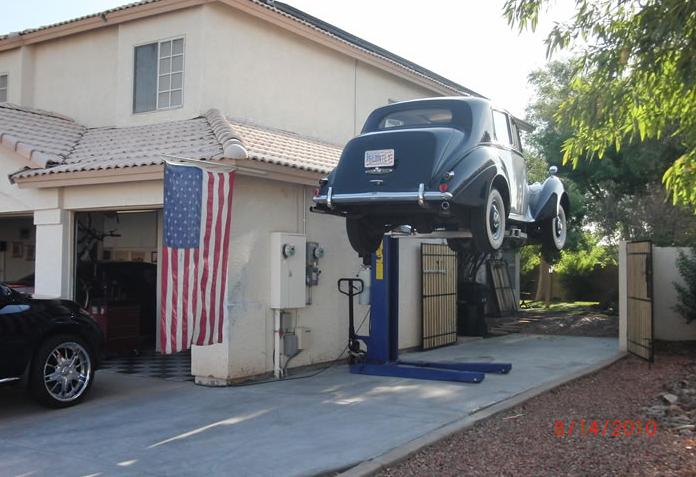 Recently, while on vacation in Florida, I went with a friend to an auto mechanic shop where he was getting his car repaired. The owner was an amiable guy and quite chatty. As he worked, he told his life story – which I found quite fascinating. He immigrated to the United States from Cuba in 1967 when he was ten years old. He said his family’s name was entered into some kind of lottery and they came up winners. They were flown to Miami first, and from there they went to Brooklyn, New York where his aunt lived.

His family lived in the country in Cuba where they had a farm with 40 beef cows and horses. He rode horses to do his chores as a child. His mom went into the city everyday where her family operated a bakery and general store. There were only three bakeries in the whole country at that time and they did a brisk business. They were considered rich by Cuban standards.

This man was very upbeat and very thankful for the blessings of life that he enjoyed. As we were conversing, he said, “Hate is a strong word. In 1959 our country was taken over by that tyrant.” (He refused to use Castro’s name – not once during our whole conversation would he say his name.) “He said he was going to make us all the same. And he kept his word – he made us all poor. We lost everything – our farm, our cattle, our bakery and our store. The government took it all. We were left with nothing, so Dad applied to get our family out and move to the United States.”

I asked a few questions as he talked, like how did they know where to live and what to do for a living once they got here. He said he had an aunt who lived in Brooklyn, that’s why they went there. He commented that in 1967, as their plane was approaching Brooklyn to land in the night, he was captivated by the lights of the city. He had never seen anything so fascinating in his young life. But in the morning, when he looked out the window and saw the apparatus of the city, he balked. It was dirty and unattractive. It looked a whole lot better at night.

Before they got off the plane, his dad stood up and said to his family: “There are three things I am requiring of you in our new country: 1. You learn the language. 2. You follow their rules. 3.You become citizens.” My new friend, whose name is Carlos, said the proudest moment of his and his dad’s lives was when they became U.S. citizens.

In 1975 when Carlos was 18 years old he wanted out of Brooklyn. So after he graduated from high school, he picked a place on the map and moved to Naples, Florida where he has been ever since. He opened a Phillips 66 gas station and sold gas for a few years until he started his own repair shop, and has been at the same location for 38 straight years.

Looking around at his “shop” I noticed he had seven car lifts with a car on every one. The funny part is that six of those seven lifts were outside. Over the years, as his business grew and he needed more car lifts, he just chose a convenient spot outside and installed one. That’s what year round warm weather will do for you.

He told me a story about how he and a friend went to the northwest corner of Illinois to go deer hunting a couple years ago. He talked about the beautiful countryside, the hills and greenery, and all the corn and soybeans and how good the burgers are. He said to me, “It’s grain fed beef and there is nothing like it in the world.” When I asked the name of the town he visited, he said “Elizabeth, Illinois.” What are the odds that while visiting a state with 23,000,000 citizens, in an out of the way old fashioned auto repair shop run by a man born in Cuba, I’d run into somebody that had been to Elizabeth, Illinois?

Then we talked politics, presidents, and patriotism. He said he didn’t think our country would fail, but wanting to imitate Cuba or any other type of socialistic country was not the route to take. “Our country is great already,” he said, “we don’t need to be like anybody else.”

Then he took me into his office where he had a whole display of pictures on the wall – some faded and some new – of his family, their life in Cuba, and their life here in the States. It was an endearing tale of moms and dads, aunts, uncles, grandparents and cousins.

Albert Einstein said coincidence is God’s way of remaining anonymous. Since I don’t believe in coincidence, I believe Einstein is correct. This meeting wasn’t by chance. I figure even if my car doesn’t break down, I’m going back to visit him.