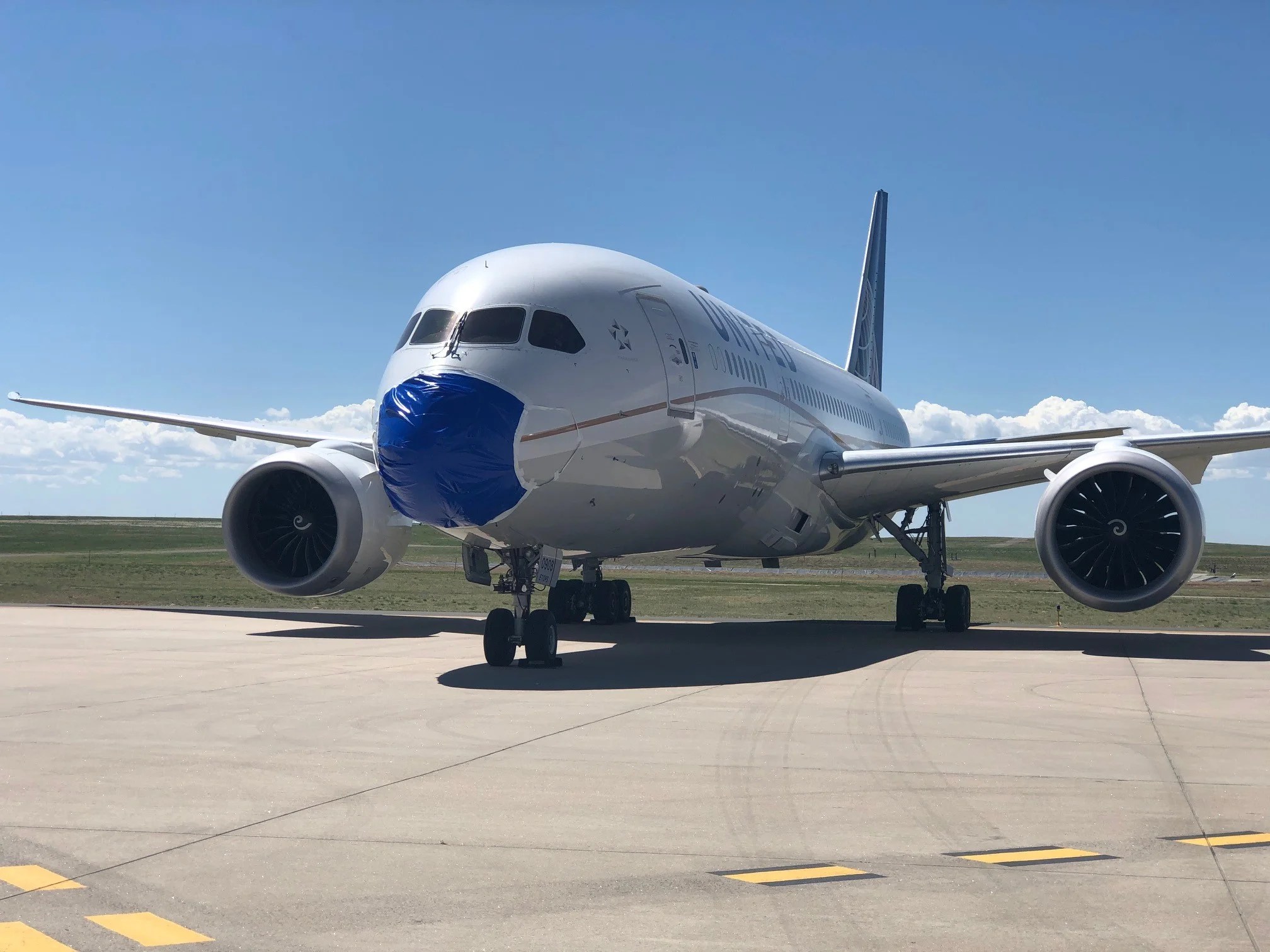 Last week my fun was getting stuck in the snow. Two weeks ago it was thawing frozen water pipes. This week, my fun was in the sky.

My wife and I took a little holiday and went to Florida to celebrate our wedding anniversary and enjoy warm weather and sunshine. The way it worked out, we chose a night flight that was due to arrive in Florida at 11:00 p.m. Since we know people in Florida we arranged for a ride to meet us at the airport rather than take an Uber.

Then the fun started. We were seated in row 6. First, the lead flight attendant got on the radio and profusely warned us about the necessity of us wearing our masks on the plane. He repeatedly referred to the mask mandate as a “federal law” – which it is not. A mandate is not a law, but apparently, to threaten someone for breaking a law has more effect than threatening them for breaking a mandate.

There were four flight attendants working this plane. The one warning us about the mask mandate said the only time we could lower our masks was when we were eating or drinking and that meant it had to be in place in between bites and sips. He then said that everyone on the flight crew wears their masks all the time, without exception. “We lead by example,” were his exact words. Yet, at the time he was making this announcement, his mask was nowhere to be found. And, at the exact moment he was warning us, there was another flight attendant standing to his immediate left whose mask was dangling from one ear, nowhere near his face. There was also a flight attendant in the aisle helping travelers with getting their bags in the overhead compartment whose mask was pulled down below her chin. So the warnings and the scoldings about us wearing our masks and them leading by example was really nothing more than hot air. (And I thought us church goers were the hypocrites). As I scanned the people sitting around us, out of about 30 people, probably half of them didn’t have a mask on, or they were wearing them below their noses. My wife and I, by the way, dutifully, but not willingly, wore ours.

The flight went well. There was peace and quiet the whole way, with some laughter erupting more and more at the rear of the plane as the two and half hour flight made its way south. Soon we were on the descent and it was only a matter of minutes until we landed. Down, down, down we went until we were just seconds away from landing, when suddenly the pilot gave it full throttle ahead, lifted the nose and in no time we were back in the clouds. After a few minutes he came on the speaker and said we had run into some weather and he was unable to land the plane. He said, “we’ll circle around and try again. If the weather is still bad, we won’t be able to land.” Those aren’t the most comforting words to hear when you’re 30,000 feet in the air. And what exactly did he mean when he said “we won’t be able to land.” Did that mean we would have to stay up there indefinitely?

It took about 45 minutes to circle around. Again we started to descend, and again, within a few seconds of the plane touching down on the runway, the pilot gave it full throttle, nose up and back in the sky we went. By now, everyone on the plane was silent, except for the party animals in the back. They were talking loudly and laughing without one bit of concern. That was actually a bit comforting.

At this point, our flight attendant friend got back on the radio and again warned us about the “federal law” of keeping our masks on. That was all he cared about. I leaned over to my wife and said, “Listen, if I’m going to die on this plane, it is not going to be with a mask over my face.” Now granted, I understand from what I am told by Dr. Fauci, the CDC, the NIH, and the WHO that masks save lives. I don’t think so.

The captain came back on the air and announced that we were heading across the state and would be landing on at West Palm Beach, Florida and from there they would evaluate the situation. Upon landing we were told we could deplane if we chose, but we would not be allowed back on the plane. We called our ride who was still waiting for us two hours later and 132 miles away, told him our dilemma, apologized, and sent him back home. We waited on the plane for about thirty minutes until they announced that our flight was cancelled and was rescheduled for noon that same day. By now it was well after midnight. They did not give any advice on hotels or offer any reimbursement. Apparently, if delays and cancellations are due to the weather that’s just part of the risk the customer takes when traveling. I’m ok with that. There’s risk involved in every decision of life.

We got off the plane and followed the signs to the rental car counters where they were all closed. I asked a police officer who was directing traffic if there were buses running to the off site rental car places. He directed us to a bus, we got on, and ended up at a rental lot. The people were working overtime. They said normally they close at midnight but they heard there was a late flight coming in so they stayed open. By now it was after one o’clock. They were very friendly and helpful. We rented a Toyota Corolla and when we went to pick it up, the manager had upgraded us to a Chevy Camaro at the Corolla price. We thanked him, tipped him, and took off on the two and half hour drive to our destination on the west coast. We arrived just as the sun was coming up – none the worse for the wear. After a few hours of sleep, we were up relaxing by the pool enjoying the warm weather and sunshine. You should try it sometime. It was well worth the inconvenience.