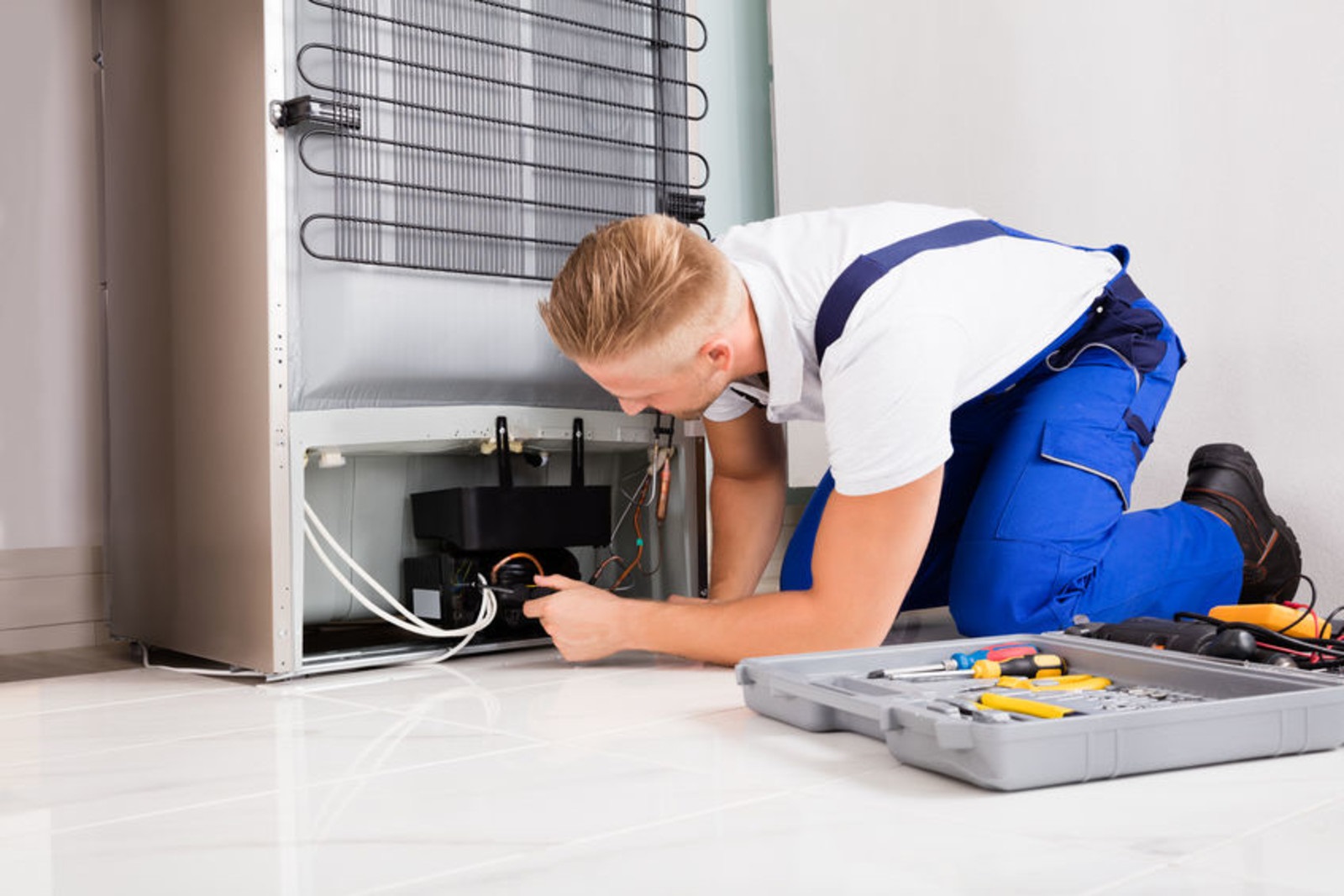 I have never understood why women love cats. Cats are independent, they don’t listen, they don’t come in when you call, they like to stay out all night, and when they’re home they like to be left alone and sleep. In other words, every quality that women hate in a man, they love in a cat.

Our refrigerator went on the blink a few days ago. It all started when we decided to defrost it and give it a regular cleaning. Everything went fine at first. We loaded all the food and frozen items in coolers and our spare freezer. We opened the doors, took out the shelves and drawers and scrubbed them inside out. By the time we were done everything sparkled. Then we put it all back together, let it sit for a few hours and plugged it in.

It’s one of those smart refrigerators so there are no manual controls or resets. It is no longer under warranty as they are only good for a year. I tried everything I knew how to do and then explored some areas I didn’t know in my efforts to get it working again. It wouldn’t be coaxed. I went online and watched all the trouble-shooting videos and the simple explanations on what it would take to fix it. Still, nothing worked. I shopped around for a new refrigerator but with supply chain issues what they are, the turnaround on a new one was just too long – and they were too expensive anyway.

In the meantime, I was reading reviews online about the service of specific stores and retailers. Each thread was about a 50/50 mix of 5 star reviews and 1 star reviews. The reviewers either loved the service or they hated it. I guess life really is all about perspective. One review which I found quite interesting read as follows: “I’m outraged and not by this pandemic or my husband’s lazy tendencies when it comes to Sunday day drinking but rather by (this company’s) terrible service and lies. I was told they would come repair a refrigerator that they sold me that was broken when I received it. SAVE YOURSELF THE HEADACHE and don’t purchase anything from this place. If you want to buy broken machinery, shop here.”

After doing my online research and making a half dozen phone calls or so, I determined the fault to lie in a little evaporation fan deep in the belly of the appliance that helps defrost the freezer. So I dismantled the face of the freezer, located that little fan, and found an appliance store about an hour away that had one in stock. But when I got there and explained my problem to the technician on duty, he suggested that was not the problem at all. He said he would be glad to sell me a hundred dollar part, but he was sure that wasn’t what was holding up progress. Instead, he gave me the phone number of a trusted service technician and suggested I call him. So I did. But he couldn’t get here until Wednesday and this was Monday, and the fridge had been down since Sunday.

But then, by an act of God he called back a few minutes later and said he could be there in two hours. Soon he was lying flat on his stomach on our kitchen floor with his face under the fridge. I tried to joke around with him but he was all business. He examined every line, motor, crack and crevice. (There are a lot of them in a refrigerator). Finally, he removed the computer board which was mounted in a tray under the freezer. That came loose with a jerk and when it did, it sparked and popped and the line went dead. He had found the problem. What had happened, was, when the freezer defrosted, the ice turned to water and dripped into the pan that the board was mounted in. That really seems like a bad design to me – to mount the computer board in the bottom of a tray that catches the drip from above. The repair guy didn’t have a new board and he said by the time I found one, purchased it, and installed it, I might be better off just getting a new refrigerator. This one was nine years old, which from what I gather is about the long end of the life of a refrigerator nowadays. (Never mind that I have an International Harvestore Freezer that was built in 1948 and still works fine – some 75 years later).

I paid him for the service call, thanked him, and he left. I then proceeded to dry out the computer board by spraying it with WD 40 and blowing it off with air from my air compressor. I reattached all the electrical plugs and threw the breaker and it worked! It was hard to believe, but it was one of those things where we had prayed that it could be fixed. And lo and behold, God showed us His grace several times along the way and our thanks never ends. Oh ye of little faith.