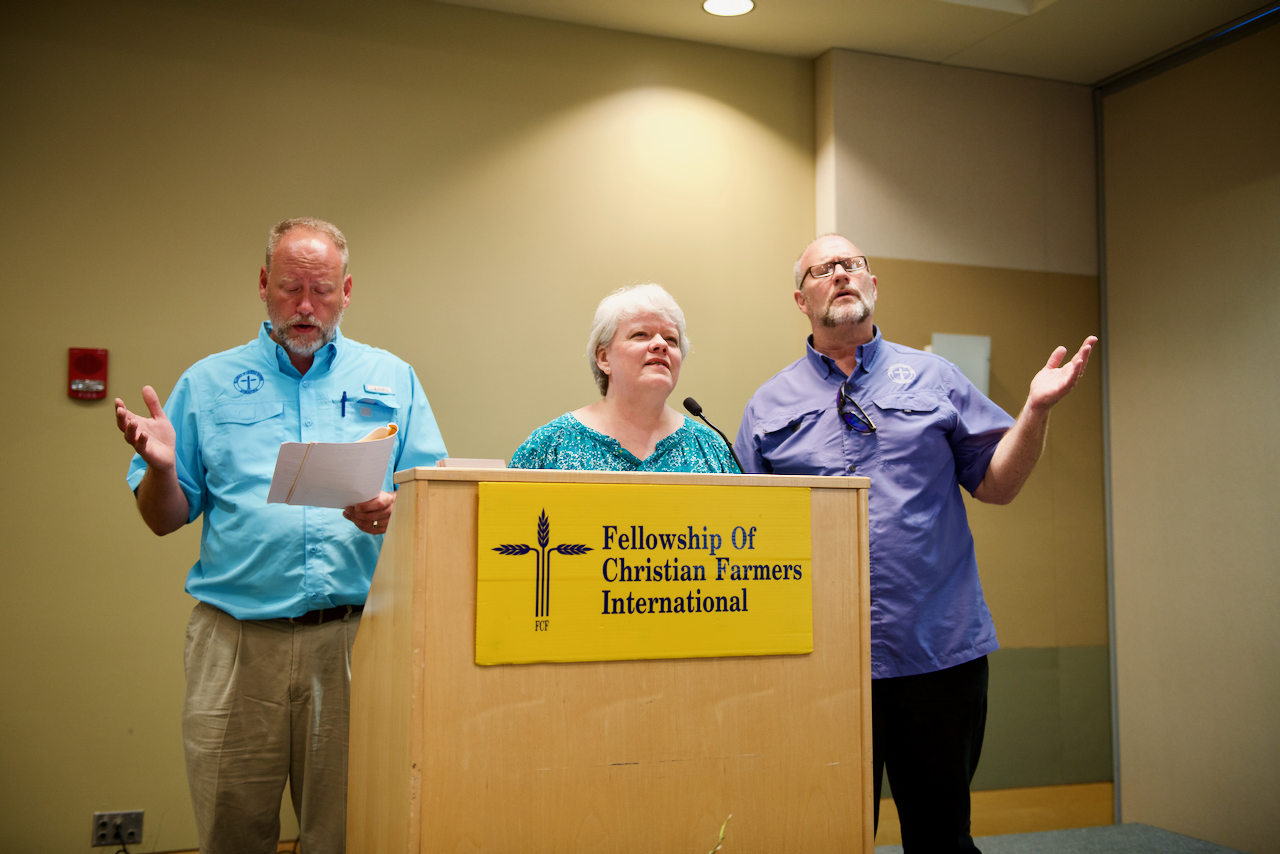 I had a fun time last weekend.  I was one of the morning speakers at The Fellowship of Christian Farmers International Annual Conference held in Dubuque, Iowa.  As the title says, this is an international organization made up of Christian farmers from around the world.  Their goal is to share the good news of Jesus Christ and they go to the ends of the earth to do just that.  They have chapters in Russia, Mexico, New Zealand, Albania and other countries all around the world.  They have a ministry here at home where they set up booths at various farm shows. They even have a ministry with several state FFA chapters.

In the United States, the group consists mostly of volunteers who donate their time, energy, and money to the organization to be used in various ways of helping people in need.  Here in the USA, they not only help farmers in distress with actual physical goods and supplies, but they assist in other areas as well.  For instance, when there is a natural disaster like a hurricane or flood, those who are available rush to those places to help not only farmers in trauma, but anyone in need of support.  It’s a wonderful organization.

Every year they hold their annual conference in a different location.  This year it was Dubuque, Iowa.  Next year it will be held in Indiana.  I have been aware of the organization for many years, but was never actively involved in anything to do with them until last weekend.  Earlier this year, the Executive Director had called me, through the contact of a local member, to see if I’d be available to speak at their conference.  It sounded inviting and intriguing so I made myself available for the whole weekend.

It turns out, they needed a Saturday and Sunday morning “early bird” devotional leader so I agreed to bring them a 30 minute study each day from the Scriptures.  The Saturday meeting was not problem.  I left home at 5:30 arriving there about 6:20 and was ready to go by start time.  After a few introductions from the top brass (farmers), I started the Bible study.  At seven o’clock I announced that the study would now end.  However, the Executive Director instructed me to keep going.  So I kept going.  At 7:15, again, I announced that the study would now end.  And again, the Executive Director directed me to keep going.  So I did. (He’s a good director).  Finally at 7:30 I wrapped up that day’s study.  The whole early bird group was happy to have me speak that long.

The reason I know they were happy to have me speak that long is because the next morning, the entire group showed up for round two.  Not one person was missing.  However, since it was Sunday, I had to get back to Martintown by 8:00 a.m. for the early service so I told them ahead of time I had to quit on time and I couldn’t stay to visit afterward (that about killed me by the way).  But I did spend most of the day on Saturday going to the different group meetings and getting to know many of the fine people in attendance. 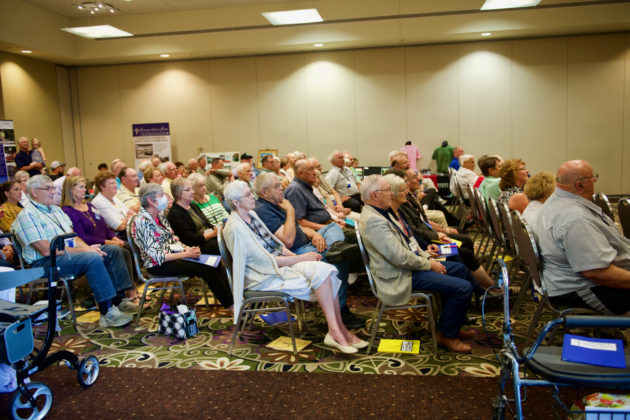 The Sunday morning session also went very well. They received me and my message with great anticipation.  It was a wonderful experience.  As I suspected, it was difficult to get out of there after the study ended.  There were so many people to talk to.  But I hurried away as quickly as I could, but it was twenty minutes after seven before I was finally on the highway.  (I debated with myself whether it would be ok with God if I sped to get to church on time, but decided it would be best to drive (close to) the speed limit).  While enroute, I called one of our church leaders and asked if he would open up the service and lead the congregation until I arrived.  At 8:15, I arrived at church and entered through the back door and onto the stage area just as the Congregation finished singing the final hymn before the message.  The timing could not have been better.  My adrenaline was pumping.  I stepped up to the pulpit and enthusiastically preached at the first service, taught the adult Sunday School class at 9:30 and preached again at 10:30. It was a very productive morning.

What encouraged me the most about the whole weekend was the fact that not only is God using people from my local Congregation (and others), but He is using this group of dedicated Christian Farmers to take His Word to all the world.  Many times people want to know how God can use them in their quiet little corner of the world where they do not have a lot of contact or influence with very many people. Well, these farmers were doing great and mighty things in their own humble ways simply by being actively involved with this group.

Man, I am all in. ,Jesus stated in The Great Commission:  “All authority in heaven and on earth has been given to me.  Therefore, go and make disciples of all nations, baptizing them in the name of the Father, and of the Son, and of the Holy Spirit,and teaching them to obey everything I have commanded you.  And surely I am with you always, to the very end of the age.”  This is happening.