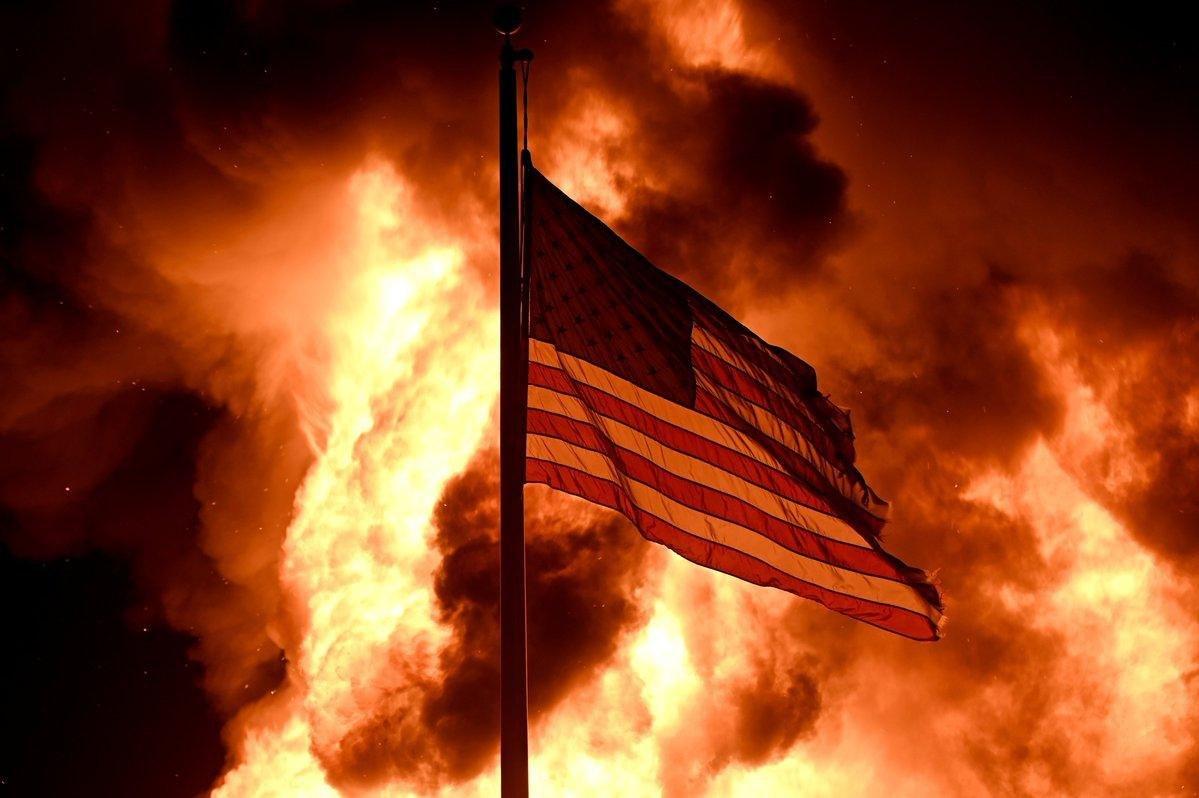 With all the unrest and division and disruption and hate around us, life can be somewhat unsettling.  When the rioters began rioting and looting in Minneapolis and in Portland and Seattle, it was pretty far removed from us out here in the sticks. When they targeted Chicago it was getting a little closer to home, but I still felt safely removed from it.  But then when they hit Kenosha, that’s starting to get a little too close to home.  That’s now in my state.

I’ve watched in disgust as the authorities in some of these states and cities refuse to fight back for fear of retribution – be it political or otherwise.  We need the police.  Rioters are destroying people’s lives and their businesses are being burned to the ground.  Law abiding citizens are at the mercy of the lawless and there doesn’t seem to be any help on the way.

I saw a scene where two professional baseball teams walked off the field in solidarity in protest to what one of the team’s general managers said about the rioters.  The commissioner of the NFL has issued a public apology to the leader of the anarchists.  A couple in St. Louis are facing criminal charges because they dared to protect their home with guns from a ruthless mob that was terrorizing their neighborhood.  (Their guns were in their hands legally – no shots were fired) Is this the new normal? I hate that saying.

Is God giving us our just desserts?  Is this the wrath of God played out against a nation of people who have turned their backs on Him?  According to one of my favorite Bible scholars, the wrath of God is:  “God’s steady, unrelenting, unremitting, uncompromising antagonism to evil in all its forms and manifestations.”

Why does God allow evil to continue in the world?  Why does He not  just wipe it out?  Why doesn’t He come back now and set the record straight?

Well, the Bible says:  “The Lord is not slow to fulfill His promise as some count slowness, but is patient toward you, not wishing that any should perish, but that all should reach repentance” (2 Peter 3:9).

God holds out the offer of grace and forgiveness in Jesus Christ.  People are coming to Him in faith and repentance every day and God patiently holds the door of grace open.  The day of God’s judgment will come, but God is not in a hurry to bring it, because then the door of grace will be closed.  In the meantime, the Bible tells us, things will go from bad to worse.

In Romans 1:18 it says:  “For the wrath of God is revealed from heaven against all ungodliness and unrighteousness of men, who by their unrighteousness suppress the truth.”

When you read on in Romans 1, you find that sinners go in one of three directions.  They suppress the truth about God, they exchange the truth for a lie, and they worship created things rather than the Creator.  How does God reveal His wrath when sinners do these things?  God gives them up.

One writer states, “Paul is not teaching that one day God will punish Roman civilization for its vice and decadence.  On the contrary, the vice and decadence are themselves God’s punishment. Their punishment was their greed, envy, strife, deceit, hate, violence, immorality, and faithlessness.”

When we see the moral fabric of our culture being torn as we see it happening before our very eyes today, as Christian believers we should cry to God for mercy.  We should say, on the basis of Romans 1: “Lord, what we see around us is a sign of your wrath.  In judgment, remember mercy and please, O Lord, do not give us up completely.”

We seem to be at a crossroad in history.  We didn’t get here overnight.  It’s taken decades to remove God from the public square but now He’s gone. He’s been kicked out of school; kicked out of the courthouse; kicked out of most people’s conversations; and kicked out of politics.  In Judges 2:10 it says:  “There arose a generation after them who did not know theLord, nor yet the work which He had done…”  Oh, they knew of God, but they did not know Him and His word.  They were no longer obedient to Him and did not cling to His ways!  That period of time for the nation of Israel was one of lawlessness and anarchy.  Chapter 21, verse 25 of Judges tells us why. It was because “everyone did what was right in their own eyes.”

Dear God, save our people.