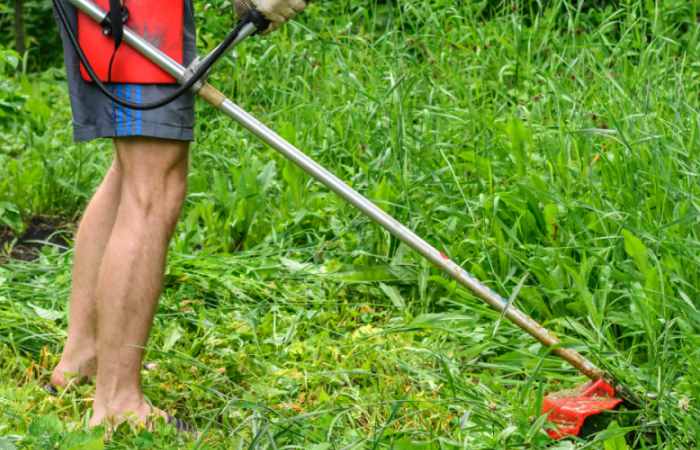 He knew everything, but that’s all he knew.

I kind of left you hanging on the house we were working on in anticipation of members of our family moving in. I’m happy to say, they are all moved in. The house had a total inside makeover and is the happy home of their little family. I took it upon myself to find a little history on the previous owners. What I discovered was that the owner before them, was born in the house. He and his wife had four children. She was the girl next door and they ended up with her farm and his. If those newly-painted walls could talk, they’d have some pretty great stories to tell, I’m sure. So it’s nice to know it’s home to a family again.

My wife and I are constantly trying to help in any way we can. The place had been vacant for a few years and the yard had been ignored and there was quite a bit of overgrowth. Every chance we get, we load up our lawn mower, weed whip, chain saw, and garden tools in an attempt to continue the clean up outside. We’ve been busy mowing and trimming and disposing of dead grass.

It seems every time I haul our mower over there, something goes wrong. The first time, a switch on the deck went bad so I cut the wires and spliced them together bypassing the switch. While this was a temporary fix, I did not expect it to only last a few minutes. We ended up taking the mower home with the job only half done. Once back home, I replaced the switch and a few days later we set out again on a mission to finish the lawn mowing. However, half way through, a plug melted and the deck wouldn’t work. Back home again, I replaced not only the plug, but a whole new electric clutch.

When we had the opportunity to go again, we decided to take two mowers with us. We have a little mower that I fixed up that is really old and we hardly ever use it. But every now and then I get it out and mow around the garden just to run it and keep it working. So I loaded the little mower and the big mower on the trailer and we set out again. Things were going well until I noticed a trail of blue smoke following my wife around the house as she mowed with the little mower. By the time we figured it out, the belt was broken so we had to park that mower, while I continued to mow with the other one. But wouldn’t you know it, five minutes later I happened to notice the back tire of the mower was going flat. That ended the mowing again.

Not to waste the trip, I decided to do some trimming with the string trimmer. A few weeks ago I had trimmed the ditch bank along the road in front of their house. That was a job. Some of the weeds were about ten feet high (no exaggeration) and it took everything that little trimmer had to cut through them. Not only was it a job for the trimmer, it was a job for the trimmee.  That would be me. Apparently I got into some wild yellow parsnip. Believe it or not, until then, I had no previous experience with wild parsnip. I didn’t even know what it was. I found out later that wild parsnip can grow 2 to 5 feet tall and have yellow umbrella-shaped flowers. It’s found in fields, roadsides and some pastures. It causes severe sunburn and blistering of the skin after contact and exposure to UV light. Hello blistering skin, huh? It took a full two weeks for my arms to heal and even longer for it to stop itching. In fact, it still kind of itches.

Now, after all that, the weeds and the grass in the ditch had grown back a few inches. It was time to trim them again. As I was trimming, I weed whacked up a hive of bees. I say hive, when really it was more like a mound. I thought it was an anthill. When I realized that it was full of bees, it was too late, I was standing right on top of it.

As near as I can tell, those bees are called “digger bees.” When I entered in my search engine:  “what kind of bee lives in the ground in what looks like an anthill”,  I got 11,300,000 results in 0.63 seconds. I only bothered to check the first site that came up and they said that ground bees (whatever their species – FYI – there are four of them) –  are not aggressive and will leave you alone. What they forgot to say is: “unless they are attacked by a plastic string rotating at about 7000 revolutions per minute.” Docile ground bees turn very aggressive when attacked by a string trimmer.

As mentioned previously, I was standing directly above the nest when I found them – or should I say they found me? A few of them went right up both pant legs stinging the whole way. I started jumping around like someone with ants in their pants, only they were bees. The ones that missed the pant legs went right for my face. What is it about your ears that bees like so much? I even got stung on the lip. I had more bee stings in 5 seconds then I’ve had in all the previous seconds of my life combined. I stopped weed whacking long enough to see if there were going to be any side effects from the venomous stings – secretly hoping for something like what happened to Spider Man. There weren’t any, so I finished the job and even revisited the bee nest. Only this time I stood off at a distance and stretched out my arms as far as I could with the weed trimmer to get the tall grass around their nest.

“They swarmed around me like bees, but they were consumed as quickly as burning thorns;