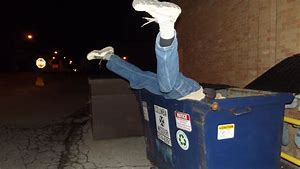 I grew up in a large family.  There was never a shortage of cousins in my childhood and we always had lots of fun, especially when they came to the farm for a few days in the summer.  My brothers and I were normally fairly well-behaved (at least we thought so) but when our cousins were around we always managed to get into a lot of trouble.  Dad would have to take us aside and remind us that just because our cousins were there, it did not mean that we could randomly and regularly break the rules.  It was our responsibility to behave properly, and when we didn’t,  justice was promptly executed (and sometimes our cousins got in on it, too).

The only exception to the close proximity of our family was an aunt and uncle who lived in California.  As a result of them being so far away from the Midwest, we never really spent any time with them and we never got to know them very well.  So when I became of age, I traveled to California and spent a few of weeks with my aunt and uncle at their house.  My uncle had emphysema and each morning he spent about an hour or so on a respirator in the den of his house, charging up his oxygen supply.  Because of his respiratory condition, he was let go from his job at the warehouse and he had a difficult time finding another one.  Not one to sit around and wait for a handout, he became self-employed.

Each night at about 11 o’clock, as we were getting ready to turn in for the day, he would head out the door to his “job”, returning at about 4:00 a.m. I was quite curious about his job and asked him on several occasions if I could go along.  He always said no.  Finally, after much insistence on my part, he agreed to let me go along one night.  He explained that his was not the most ideal job in the world, but at least it put food on the table.

That night, right on schedule, he pulled his ’67 Pontiac LeMans out of the garage and hitched a little two wheel flatbed trailer behind. He got a couple of broom handles from the garage.  Each one had a nail attached to the end.  He had ground the head off of the nails into a sharp point that stuck straight out.  We attached these makeshift tools to the side of the trailer and I hopped in the passenger seat of the LeMans, and away we went.

As we traveled to our first stop, he explained why he didn’t really want me tagging along with him. You see, his “business” consisted of going around from place to place in the Los Angeles area collecting cardboard for recycling.  This was back when the idea of recycling was just taking hold.  He would drive down back alleys, pull up to a dumpster and either climb in or poke his stick in and fish out the cardboard.  As he got to know the entrepreneurs on his route, they sometimes would have the boxes flattened and tied together and stacked in a neat pile waiting for him.  On a good night he would have to make two trips back to his garage because there was just too much cardboard to fit on his trailer.  It was cause for excitement when that happened.  With the both of us working together, almost every night was a two-tripper back home.  Our joy knew no bounds.

Back then, the streets were somewhat safer than they are today, and we could travel around the back alleys of Los Angeles in the dead of the night without much fear for our safety.  We usually mostly saw the same people each night (by now I was a regular on his route) and they greeted us with a friendly salutation.  My uncle proudly introduced me as his long lost nephew from Wisconsin. (I think I might have been the only nephew who ever came to visit him – though I’m not sure about that – but he was so proud of me).  In the few short weeks I was there, we developed a friendship that will never fade.

That first night we went out, he told me he hesitated to let me go with him because he didn’t want to be remembered as the uncle who went dumpster diving.  That thought never crossed my mind. For me, being a country boy in the big city, those dumpsters were chock full of treasure.  You’d be amazed at what some people throw away.  Half the fun of his business was the unexpected treasures we uncovered under the cardboard and trash in the dumpster.  The old adage, “one man’s junk is another man’s treasure” was never more true than those late nights in Los Angeles.

Each morning, after a late breakfast we would take our booty down to the recycling center where they paid us cash-by-the-pound.  Then we’d stop by the Farmer’s Market to purchase fresh produce for the day, then the grocery store, and finally what was left was deposited in the bank.  In the afternoon, we worked in the garden and the yard or we just took it easy.

Sadly, a short year after my visit, my uncle passed away suddenly.  He collapsed at home and my aunt was unable to revive him.  My suspicion is he had a heart attack as a result of the emphysema.

Contrary to the fears of my uncle, my memories of him are nothing short of spectacular.  We had the best of times out there in the heat of the Los Angeles nights.  We took home a treasure trove of goods that not only put food on the table and paid the bills, but his garage was full of every sort of knick knack you could think of.  During my time spent with him, I reaped invaluable life-lessons. Nothing can ever replace that time in my life.

“For when David had served God’s purpose in his own generation, he fell asleep (and) he was buried with his fathers,” (Acts 13:36).