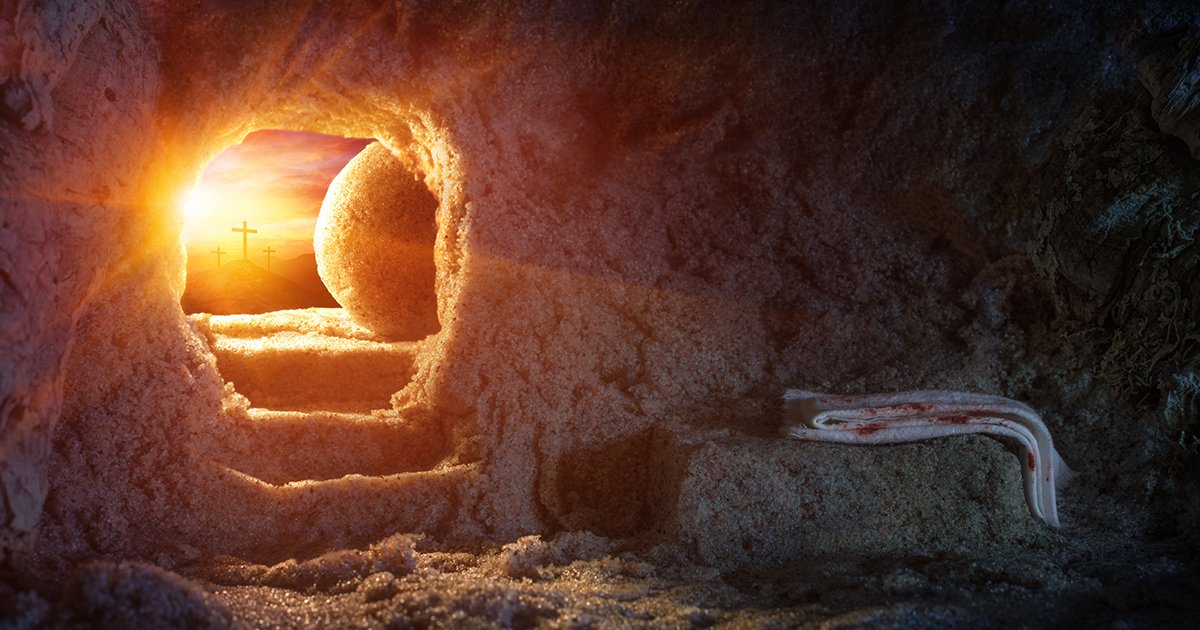 A key ring is a handy little gadget that allows you to lose all your keys at once.

Everybody likes donuts. When our children were small, we would enjoy an occasional box of donuts from the day old bakery. We don’t do that anymore for a couple of reasons: 1) Whereas when we were younger we could eat all the donuts we wanted and it made no difference on our waistlines, that is no longer the case. 2) The day old bakery closed its doors for good not long ago.

So we don’t eat donuts like we used to, but we still eat them. One time when our son was very young, all he wanted for breakfast were donuts. I explained to him that donuts were not meant as a substitute for breakfast, maybe an addition to it, but not the main course. Of course he wanted to know why. I responded by saying that if all you ever ate were donuts, you’d get fat. That seemed to satisfy his curiosity for the moment. But a few hours later he asked, “Dad, did you eat a lot of donuts when you were a kid?” 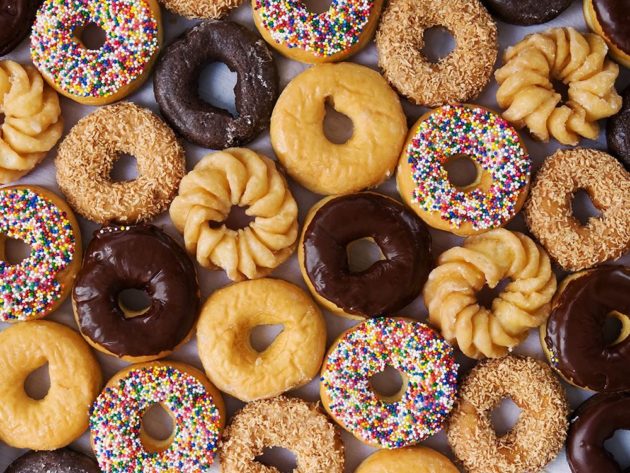 At our church we like to give away donuts on Sunday morning. We don’t do it every Sunday, but we do quite often. The people have become accustomed to expecting a donut when they pull into the parking lot. And many of them depend on us to provide coffee, which we do very gladly. One thing I’m good at is making coffee. However, I do have my occasional slip ups. One time I filled the 35 cup pot, plugged it in and a few minutes later the light was on signifying the coffee was ready. The only problem was I forgot to add the coffee. Everybody got a big laugh out of that. It was the best cup of hot water they ever had. Then there was the time when I forgot to plug the pot in. People were coming into the Fellowship Hall with their coffee mugs in hand ready to indulge only to discover the coffee wasn’t ready yet. When I apologized for the delay, one person said: “I don’t think the pastor should have to make the coffee too.”  What she didn’t realize is that I like making the coffee. It’s a distraction from the hustle and bustle of Sunday morning.

As much as everyone loves a good donut, there is an occasional grumble about how unhealthy they are. So I decided a healthy treat was in order so I called our local Hartzell’s grocery store and ordered 150, one pound packages of baby carrots. I told the congregation ahead of time that the next treat was going to be a healthy one. Everybody braced themselves for celery. We managed to give away 145 pounds of the 150 we bought. And I’ve been getting emails all week from happy carrot eaters.

The carrots were a nice experiment, but last Sunday we were back to sweets. Everyone who wanted one, got a cinnamon roll on Sunday morning – all 400 calories and 54 carbs of one. They sure are delicious.

But there is more to church than coffee, donuts, and carrots. It’s where we proclaim the good news of Jesus Christ and how He came to rescue us from Hell. (I preached a sermon describing the horrors of hell on March 21st. If interested, you can find it on our Facebook page or our website: Martintowncommunitychurch.org).

Every now and then, our church schedules a Sunday evening service at Rockford Rescue Mission. We take our Worship Team and all our equipment and we set up in the gym for a chapel service. We also make about 200 lunches and take them with us. People go to chapel because it’s required in order to get the free lunch. I love those services. There’s a lot of emotion, a lot of hurt, a lot of sorrow, a lot of pain and dirt and grit. And a lot of the Holy Spirit.

In one of my messages I focused on ʺWho Is Greater – Satan or Jesus?ʺ That’s a big issue because so many people live in the clutches and fear of Satan’s power. During my message, I explained how Satan tried to kill Jesus when he was born, how he tempted Him in the wilderness, how Satan entered Judas and caused him to betray Christ, and how the evil rulers plotted against Christ and finally nailed Him to the cross. 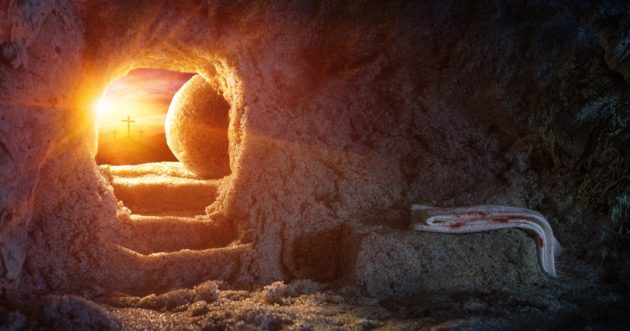 But on Easter Sunday morning, something happened inside the tomb. In the place where death reigned, imagine – a tiny sound. A movement, a deep sigh, a fluttering heart comes back to life, blood courses through the veins, the color returns, the fingers begin to move, then the arms and the legs, and suddenly Jesus stands up and walks out of the tomb, alive from the dead!

Satan has been defeated!

When I said those words that night at the Rescue Mission, someone in the crowd began to clap and let out a little cheer and then others followed. ʺIf you’re following Satan,ʺ I said, ʺyou’re following a defeated foe. You’re following a loser. But if you follow Jesus, you’re following the greatest winner in the history of the universe. He’s the undisputed champion. He took on the pretender and knocked him out cold!ʺ

He won the battle. The victory is His.