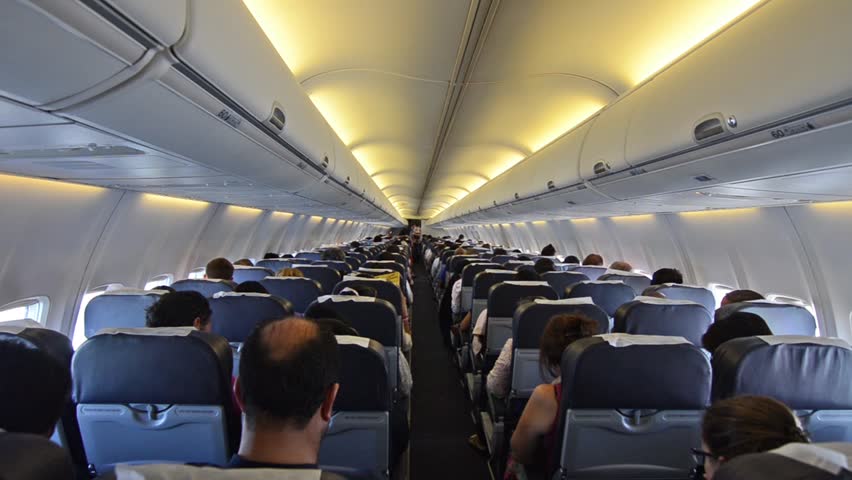 I did some traveling last week. When I travel I always look for the cheapest airfare and the most direct route. They say once you go first class, you will never fly coach again. I’ve only flown first class once in my life and that was unintentional. What happened was when we checked in at the gate, the attendant asked if we minded being bumped up to first class. Umm … No! Seems they only had two seats left on the flight and they were in the first class section. That happened so long ago I can’t even remember when it was. That has never happened since and probably won’t ever happen again.

First class is amazing though. They treat you like you’re some kind of special. Hot food, cold drinks (or any beverage of your choice), warm cloth napkins, leg room, and reclining seats welcome you on board. But you also pay for that kind of fleeting luxury. Real life doesn’t treat anybody that way, so why bother to pay the extra money for a couple of hours of something that won’t last?

In real life, the cheapest airfare can only be found early in the morning on a discount airline. I’ve read all the reviews on the airlines and have seen all the ratings from most safest to least safest. For some reason, the price of a plane ticket seems to be directly related to the safety rating of the airline. Well, I’ll take my chances. They say when it’s your time to go, it’s your time to go. I just hope that when it’s the pilot’s time to go, I’m not on his plane.

Last week, after I had figured out the days I would be traveling, I went online and began shopping for plane tickets. I always check airfare from Rockford, Milwaukee, Madison, and Chicago. It’s amazing how it works, because depending on the circumstances, any one of those cities may be the most economical at any given time. Most of the time however, it is O’Hare Airport out of Chicago. So I found a cheap fare on a budget airline that left O’Hare at 7:00 a.m.

A 7:00 a.m. departure from O’Hare means a 3:00 a.m. departure from home, which means a 2:00 a.m. wake up in the morning. I can do it, but it’s not as easy as it used to be. Thank the Lord I’m a morning person. Add to the equation, the night before we had unexpected company drop in at about eight o’clock and stay till eleven. Fun stuff.

The drive to Chicago went without a hitch. I backed out of the garage at exactly 3:02. I was the only car on the road for most of the first hour or so. After that, traffic picked up a little as people headed out to their early morning jobs. I arrived at the airport just after 5:00 a.m. and found a parking space in Lot G. I was the first and only one on the shuttle bus for awhile, but after making three stops the bus was packed. I could hardly believe there would be that many early morning travelers. At 5:00 a.m. no one is smiling or talking. They’re not even saying good morning. By the smell of the guy’s jacket standing next to me, he had either been burning leaves before he left home or smoking weed. By the look of his eyes, I’m pretty sure it was the latter.

One would think arriving at the airport at 5:00 a.m. is a good way to beat the rush. Not so at O’Hare. Traffic was as heavy as I’ve ever seen it. There was honking, and signaling, and gesturing, and even shouting – all good naturedly, of course. I guess we all think alike – get the budget deal, get up at 2 a.m. and catch the early flight out of town.

Once on the plane, I sat between an elderly lady and a big man. That’s another thing about budget travel, why pay for a seat when they will assign you one for free? Of course, nine times out of ten, the free seat is the middle seat near the back of the plane. My seat mates were plenty cordial but neither of them felt like talking, but both of them felt entitled to their space – and some of mine. The lady to my right, was all settled in for the long haul. She had her bag, books, computer, jacket, sweater, a couple pairs of glasses, an extra pair of shoes, and a pair of house slippers. (Good grief, it’s a three hour flight). Throughout the flight she randomly used everything she had brought along. She hardly sat still the whole time. She also spread her elbows out and used the whole arm rest, including my half.

The other guy needed all of his space too. With both of my arms scrunched tight to my abdominal area, I could barely turn the pages of the book I was reading. Everyone on the plane was grumpy and quiet except for the flight attendants (who tried hard to cheer everyone up) and two little girls across the way. I couldn’t see them but I could hear them giggling and laughing the whole way. They were having a good time on their way to grandma’s house. I heard their mom say, “when we get to grandma’s, she has double chocolate brownies drizzled with caramel waiting for us.” That’s nice for those little girls to hear that, but it’s kind of cruel for the rest of us who don’t have double chocolate caramel brownies waiting when we get there.

Like I mentioned, it was a budget airline so no food was offered and you had to buy your drinks – including water. The big man next to me ordered a Bloody Mary with a double shot of vodka. It wasn’t even eight o’clock in the morning – let alone five o’clock somewhere. I guess he must have been nervous. Once he downed his drink, he immediately fell asleep and started snoring and twitching like some people do when they sleep. Oh, if these people only knew I was writing a newspaper column about them …

There is no first class or coach class or any other kind of class on a budget airline. Every class is the same – for three hours we are all budget economy. There’s something refreshing about that. We are all the same, treated exactly the same, and everyone understands that. It reminds me of the invitation we have from the Bible to come to Jesus. The ground is level at the foot of the cross. Anyone can come. “In Christ Jesus you are all children of God through faith. There is neither Jew nor Gentile, neither slave nor free, nor is there male or female, for you are all one in Christ Jesus,” (Galatians 3:27 and 29). Now that’s equality.