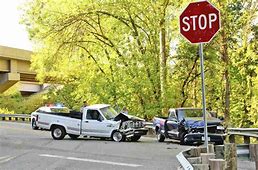 Sometimes, someone unexpected comes into your life out of nowhere, makes your heart race, and changes you forever.  We call those people cops.

There’s a story out there that says the following letter was sent to President Andrew Jackson from New York State Governor Martin Van Buren.

The canal system of this country is being threatened by the spread of a new form of transportation known as ‘railroads.’  The federal government must preserve the canals for the following reasons:

One.  If canal boats are supplanted by ‘railroads,’ serious unemployment will result.  Captains, cooks, drivers, hostlers, repairmen and lock tenders will be left without means of livelihood, not to mention the numerous farmers now employed in growing hay for the horses.

Two.  Boat builders would suffer and towline, whip, and harness makers would be left destitute.

Three.  Canal boats are absolutely essential to the defense of the United States.  In the event of the expected trouble with England, the Erie Canal would be the only means by which we could ever move the supplies so vital to waging modern war.  As you may well know, Mr. President, ‘railroad’ carriages are pulled at the enormous speed of fifteen miles per hour by ‘engines’ which, in addition to endangering life and limb of passengers, roar and snort their way through the countryside, setting fire to crops, scaring the livestock and frightening women and children.

The Almighty certainly never intended that people should travel at such breakneck speed.

Disclaimer:  No manuscript of this letter appears in any of President Jackson’s or Van Buren’s correspondence, so there is some hesitation as to whether it was actually written. However, knowing the resistance of human nature to change, it very likely is a true story.

Speaking of breakneck speed – My wife and I live on a mostly quiet road in the peaceful countryside.  We live on the corner of a crossroad with a four way stop.  On an average day, we wave at a lot of people slowing down to stop, many of whom we do not know, yet it is mostly the same cars passing by each day.

While most drivers are careful to observe the traffic laws, there are some drivers who apparently consider the four way stop optional, as we sometimes witness them speeding through the intersection with blatant disregard.  Granted, at present, there are no corn fields blocking the view of cross traffic, but that does not reduce the danger of not stopping.  It seems it is just a matter of time until there is a serious accident at our corner and it will no longer be peaceful and quiet.

Early one morning as I was lying in bed before the sun came up, trying to squeeze a few extra minutes out of my night’s slumber, I heard a car speed through the intersection.  At the time I remember thinking, “that car just went right through the stop sign.”   After a short snooze I got out of bed and noticed the lights were flashing on the clock radio next to the bed, meaning the power had gone out.  (Yes, we still use a clock radio.  Most people of the younger generation just use their cell phones to give them the time and wake them up, but we’re old school).  I looked out the window and could see the flashing lights of ambulances, fire trucks, and police cars at the next intersection.  Apparently there had been an accident.

I had reason to go in that direction so when I got ready I drove past and asked the fireman directing traffic what had happened?  He said someone had run the stop sign (it was a two way stop) and got clipped by a Suburban.  I’m not a genius, but it didn’t take me long to put two and two together to determine that the perpetrator was most likely the same person who had run the stop sign by our house a mile earlier.  Apparently his “thing” was running stop signs.  But too bad for him, he got hit by a Suburban and crashed into a light pole, totaling his car, but he and his passenger were spared serious injury.

So I guess breakneck speed is a relative term.

On the lighter side, here’s an introvert’s view of the coronavirus:  Finally, introverts experience a world that is suited for us.  All events cancelled.  No one is making random small talk or physical contact.  Everybody is minding their own business.

Here’s something to consider:  Martintown Community Church holds Parking Lot Services every Sunday at 8:00 and 10:30 a.m.  You are invited to join us in person or live on our FaceBook page.  Hebrews 10:23-25 says:  “Let us hold fast the confession of our hope without wavering, for He who promised is faithful; and let us consider how to stimulate one another to love and good deeds, not forsaking our own assembling together, as is the habit of some, but encouraging one another.” (Italics mine). God’s best to you this week!