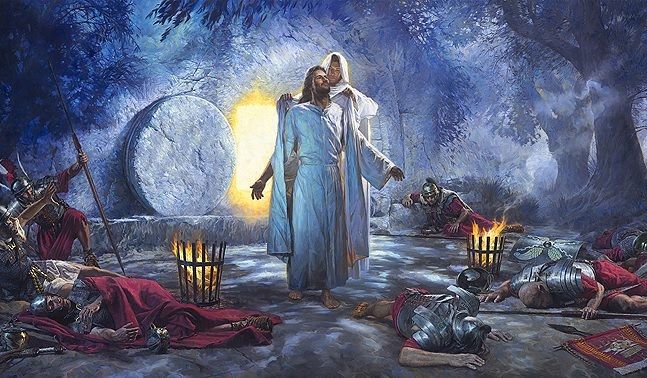 Just about everyone at one time or another has had to suffer through a smashed finger.  By smashed I mean, your finger gets crushed out on the end at the fingernail and turns black.  The pain is immediately intense and lingers for days because of the blood pressure built up under the nail.  Slowly, the pain subsides as the fingernail dies and a new one begins to grow and pushes the old one out of the way.  This is an unfortunate and recurring event throughout one’s life.  It matters not how careful you are in trying to prevent it.  It just keeps happening.

The human body, being the amazing entity that it is, has a miraculous way of healing itself.  Immediately upon any type of injury, signals are sent to the brain from the area of trauma and the brain authorizes the proper healing agents to be dispatched to the place of injury.  If the injury is severe, the brain instructs the body to go into shock to protect itself during the worst of the trauma.

I’ve always considered how great it would be if man could somehow invent an automobile that compared to what God has done with the human body.  Imagine if, when you got into a fender bender with your car, your car’s central control system immediately starting sending signals to the place of damage and the car miraculously started fixing itself.  After a couple of weeks the damage would be almost completely repaired.  In about a month the scab would fall off the fender and your vehicle would be as good as new.  Of course, that will never happen.

But there is coming a day when all true believers in Jesus Christ will receive new heavenly bodies.  Bodies that won’t suffer injury and wear out.  They will be perfect in every way.  This will occur after the Christian is resurrected.  “I tell you a mystery … we will all be changed,” (1 Corinthians 15:51).

The Bible tells us that on the night Jesus was betrayed, just before they had the Last Supper together, Jesus washed the feet of His disciples (John 13:5).  In those days, as the people walked around from place to place in their sandals, their feet got dirty and dusty and it was the usual job of a household servant to wash the feet of those attending the meal.  On this occasion, apparently there was no servant present and no one volunteered so Jesus did it.  In Luke’s account of the Last Supper, (Luke 22) he tells us that just before the meal, the disciples got into an argument about who was the greatest among them and that’s when Jesus performed the humble service of washing their feet.

I can just about imagine what it was like to be sitting around that table.  After a long day of trudging through the streets following Jesus around, these twelve grown men are hungry, dirty, and tired, (the original definition of “hangry”).  As they are sitting around the table, waiting for the meal to be served, their conversation digresses into who is the greatest disciple.  As each one presents his case for greatness, the argument escalates and pretty soon they’re pointing and talking over each other and things get loud and boisterous.

In the meantime, while this is all taking place, Jesus quietly gets to His feet, wraps a towel around His waist, gets a tub of water and begins to wash the disciples’ feet.  I imagine they quieted down in a hurry.  This was a menial task that only servants performed – not the King of Kings and Lord of Lords!  But Jesus did this deliberately to emphasize a point.  It was a lesson in humility but it also set forth the principle of selfless service that was soon to be exemplified in the cross where the sinless One was about to die in the place of the sinner.

Mark tells us that after they had communion together (the original first communion), they “sung a hymn, (and) went out to the Mount of Olives.” 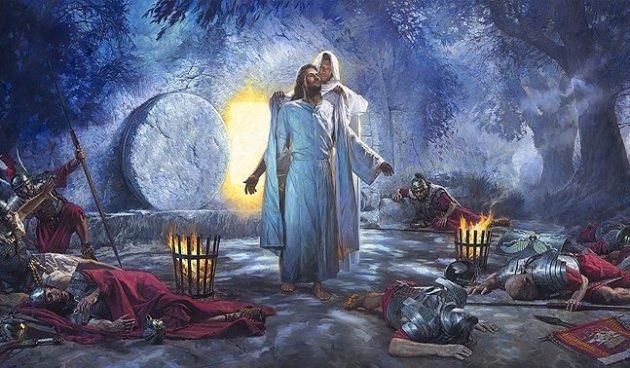 And then there was Gethsemane, where Jesus prayed in torment and sweated great drops of blood while His disciples slept.  Then Jesus was arrested and a mock trial was held where He was sentenced to death, even though the judges found no fault in Him.  Then came the crucifixion and death and burial of Jesus.  Then there was complete silence as He lay in the grave and His followers hid from the authorities and mourned.  And then there was Sunday morning when they found the empty tomb.  And then Jesus appeared to Mary and later to the eleven and eventually to over 500 people after His resurrection.  The whole country was ablaze in conversation about this great event.

Now, over 2000 years later, we still celebrate the resurrection of our Lord on Easter Sunday every year.  The reason this has never faded off into history is because Jesus is alive today.  He’s not some stuffy persona we talk about and offer faux worship to a few times a year.  He’s not still hanging on the cross, but He is risen from the dead.  Jesus said, “Because I live, you also will live,” (John 14:19). Jesus also said, “Whosoever lives and believes in me will never die” (John 11:26).

The Bible says that Jesus came to “save that which was lost” (Matthew 18:11).  Jesus was more than simply a good man who set a good example for us.  He was the Perfect Lamb of God who came to take away the sin of the world (John 1:29). But each one of us must respond to His invitation to come into our lives.  Jesus says: “Behold, I stand at the door and knock. If anyone hears my voice and opens the door I will come in” (Revelation 3:20).

What will it be this Easter?  Do you want rest for your weary soul?  Then come to Jesus and commit yourself to Him.  Not only will He fix our broken bodies someday, but He will fix our longing souls today.  Happy Easter everyone!