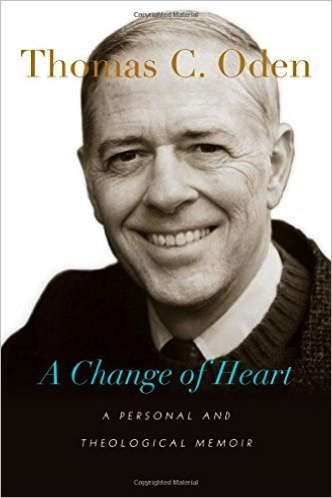 A man by the name of Thomas C. Oden (1931-2016) wrote a book titled:  “A Change Of Heart.”  According to Wikipedia:  “Oden was an American Methodist theologian and religious author.  He is often regarded as the father of the paleo-orthodox theological movement and is considered to be one of the most influential theologians of the 20th century and the beginning of the 21st century.”  (Paleo-orthodox is a Protestant Christian theological movement in the United States which emerged in the late 20th and early 21st centuries and which focuses on the consensual understanding of the faith among the ecumenical councils).

In his book, Oden describes himself as a “Marxist utopian dreamer” who followed the teaching of Saul Alinsky.  He said, “I (saw) a world where all weapons would be banned, opening the way for a world government that would seek social justice and where peace and sanity would prevail.”

He describes his relationship with Scripture as “a filtering process which he permitted to speak to him only insofar as they could meet his conditions, his worldview and his assumptions as a modern person.”

In regard to his prayer life, Oden says, “In college I lost the capacity for heartfelt, extemporized prayer.”  He said he “went into the ministry to use the church to elicit political change.”

He describes himself in those early years as a “movement theologian,” continuously shifting from movement to movement toward whatever new idea he thought might seem to be an acceptable modernization of Christianity.”

Oden says, “I was floating on the wave of secularization.  The trick was to learn to sound Christian while undermining traditional Christianity.”

“I could confidently discuss philosophy, psychology and social change, but God made me uneasy.  Resurrection and atonement were words I choked on. The gospel was not about an event of divine salvation but about a human psychological experience of trust and freedom from anxiety, guilt and boredom.”

“The resurrection was not about something that actually happened but ‘a community’s memory of an unexplained event.’  But I could not explain to myself or others how Christianity could be built on an event that never happened.”

Then he makes this confession:  “I did not examine my own motives.  The biblical words for this are egocentricity, arrogance and moral blindness.  I became entrapped with the desire for upward mobility in an academic environment.  My past visions of vast plans for social change had irreparably harmed many innocents, especially the unborn.  The sexually permissive lifestyle, which I had not joined but failed to critique, led to a generation of fatherless children.  The political policies I had promoted were intended to increase justice by political means but ended in diminishing personal responsibility and freedom.  Many of the seemingly humane psychological therapies I had supported may have made people more miserable, less able to choose wisely or to seek the virtues required for happiness.”

Oden says, “I had to learn to repent, to see my own arrogance and to acknowledge my limitations.”

Here was a man with a brilliant mind.  He felt that he had what he needed in himself so he didn’t pray.  And when he read the Bible, he accepted only what fit his worldview – what he already thought, and he disregarded the rest.  He filterd everything else out.

He was a professor of theology, but God was little more than a question mark to him.  The resurrection to him was a community memory of an unexplained event.  ‘Atonement’ was a word that he choked on.  And everything he wrote was cutting edge, new, innovative, with his own initials stamped on it, because that was the way to upward mobility in an academic environment.  Then he discovered that the church fathers were not into being new and innovative and cutting edge.  They were committed to being faithful!

Oden’s “change of heart” was sealed when he submitted his heart and soul to Jesus Christ at age 39.  In summary of his life, he says this:  “I spent the first 40 years trying to find the meaning of life and I never found it.  Then I came back to the Bible, and I’ve been nourished by it ever since.”

If you are wise in your own eyes, God will be little more than a question mark to you.  You won’t feel much desire to pray.  If you study the Bible, you will filter what God says through what you already believe.  The promise of Jesus is that if you will open the Scriptures with a humble heart, God will teach you.  Jesus said, “It is written in the Prophets, ‘And they will all be taught by God.’  Everyone who has heard and learned from the Father comes to me” (John 6:45).

If you come to the Scriptures with a humble heart and say: “God speak to me,” God will speak.  You will hear God’s voice, and you will learn from Him.