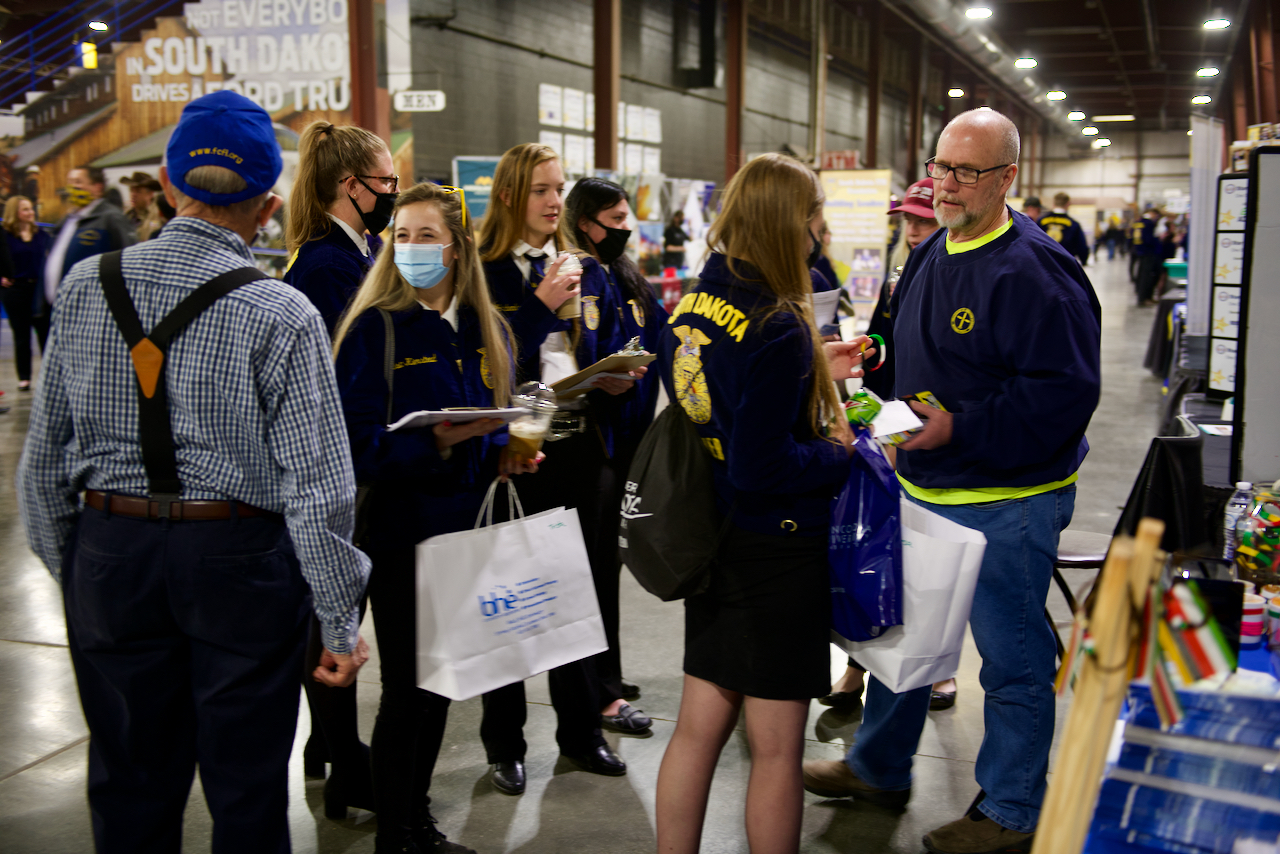 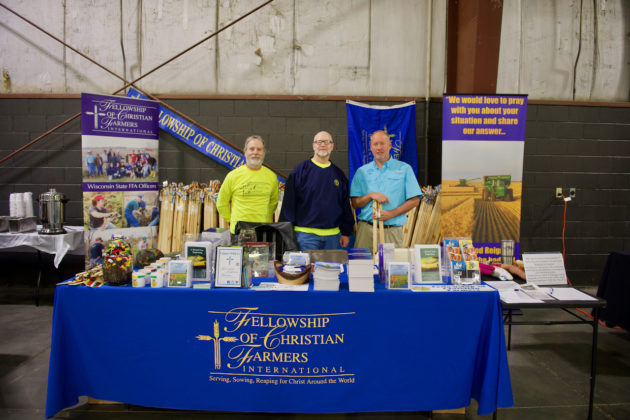 South Dakota ran a live convention this year on April 12, 2021 at the state fairgrounds in Rapid City, South Dakota. It may be spring, but not so much in the Black Hills. Temps hovered in the 30s with strong winds and light snow. But the weather didn’t dampen the enthusiasm of the Future Farmers of America or the Fellowship of Christian Farmers. Jerry Druhan here. I have been writing these eNewsletters since 2012, when Executiver Director Dennis Schlagel hired me on the spot the first time I came into the Fellowship office. I also take pictures at all events that I can attend. Jeff Goss and Mike Weaver devote countless hours bringing the Good News of Jesus Christ at FFA Conventions and farm shows across the United States. Marlin Bunger also helped with gospel presentations.

The vendor portion of the event took place on Monday, with awards on Tuesday. Our allocated space was very roomy for the event, with many Divine Appointments taking place all day. Jeff, Mike, and Marlin were tireless witnessing to the FFA students. The love of Christ goes wherever they go. 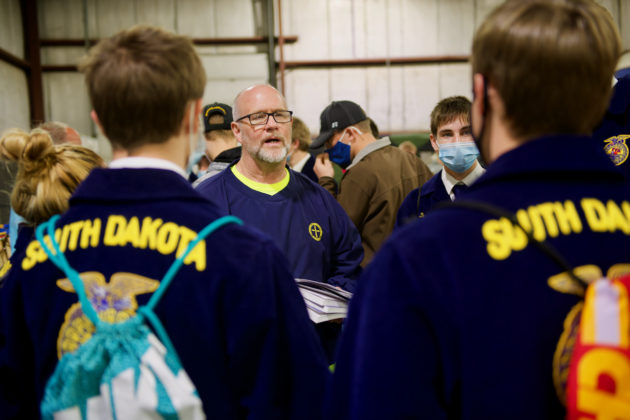 Jeff has the words of life.

All who come forward for a free walking stick get more than they expect, because once drawn in by the Holy Spirit, they listen intently to the words of life. 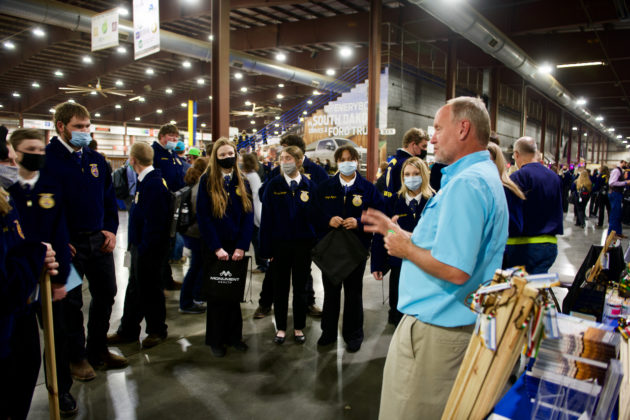 Mike Weaver with a large group of kids

Mike does a great job relating to youngsters. Before presenting the Gospel of Jesus Christ using the Wordless Walking Stick, he talks about one of his passions: disaster relief. We are always signing up new disaster relief volunteers to help farmers recover from floods, hurricanes, tornados, and other disasters. Mike is also telling the students about opportunities to participate in zoom conferences online, to meet FFA members from other states in order to disciple and encourage each other. The Future Farmers of America are very important to us, and to the future of our great Republic. 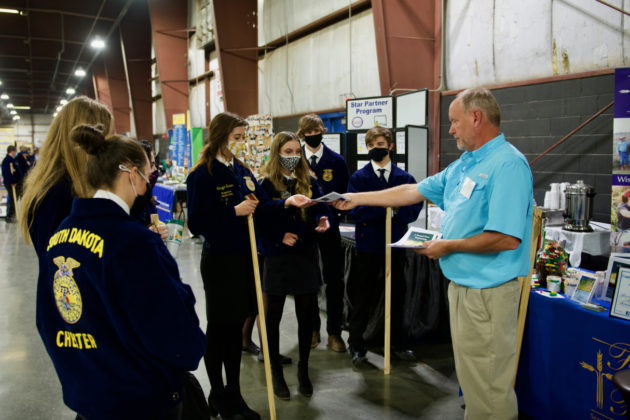 South Dakota was the first FFA Convention of the season, with Iowa happening now, and Oklahoma next, followed by Texas. Mike and Jeff will be doing the Lord’s will there as well. 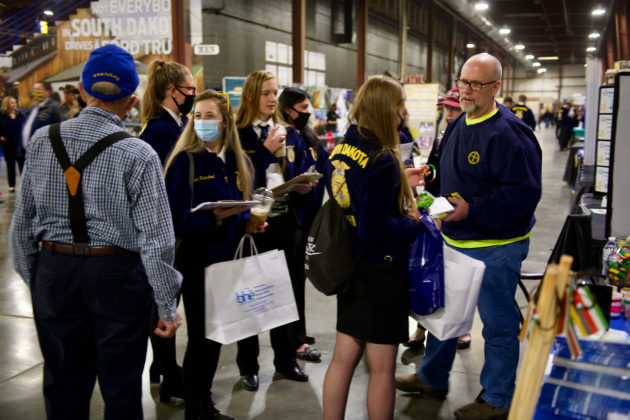 Jeff having a discussion with an FFA student. Marlin Bunger has the suspenders:)

Close to 600 walking sticks were handed out, and perhaps 250 decisions for Christ were made in the one day event. 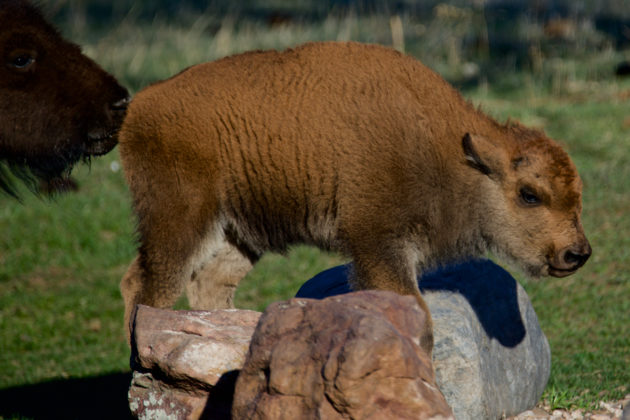 We had some time to do some sightseeing in the Black Hills. The Wildlife Loop in Custer State Park included many Bison, Pronghorn Antelope, and deer. 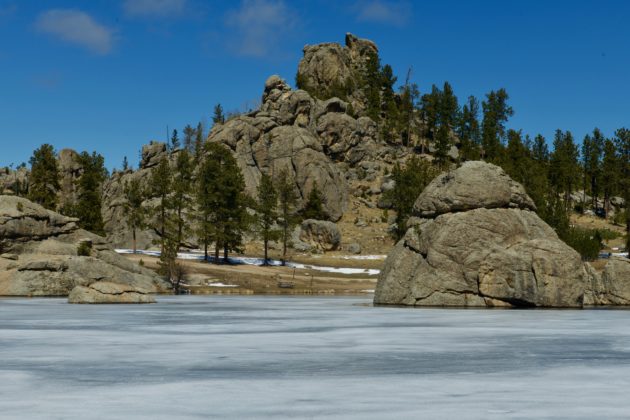 Sylvan Lake in the Needles of Custer State Park. Yes, the lake is still frozen over.

Mike Weaver had mentioned that there were over 40 people praying for us working at the South Dakota FFA Convention. Thanks to all who prayed and continue to pray for this Great Awakening, and thank you for your continued support!