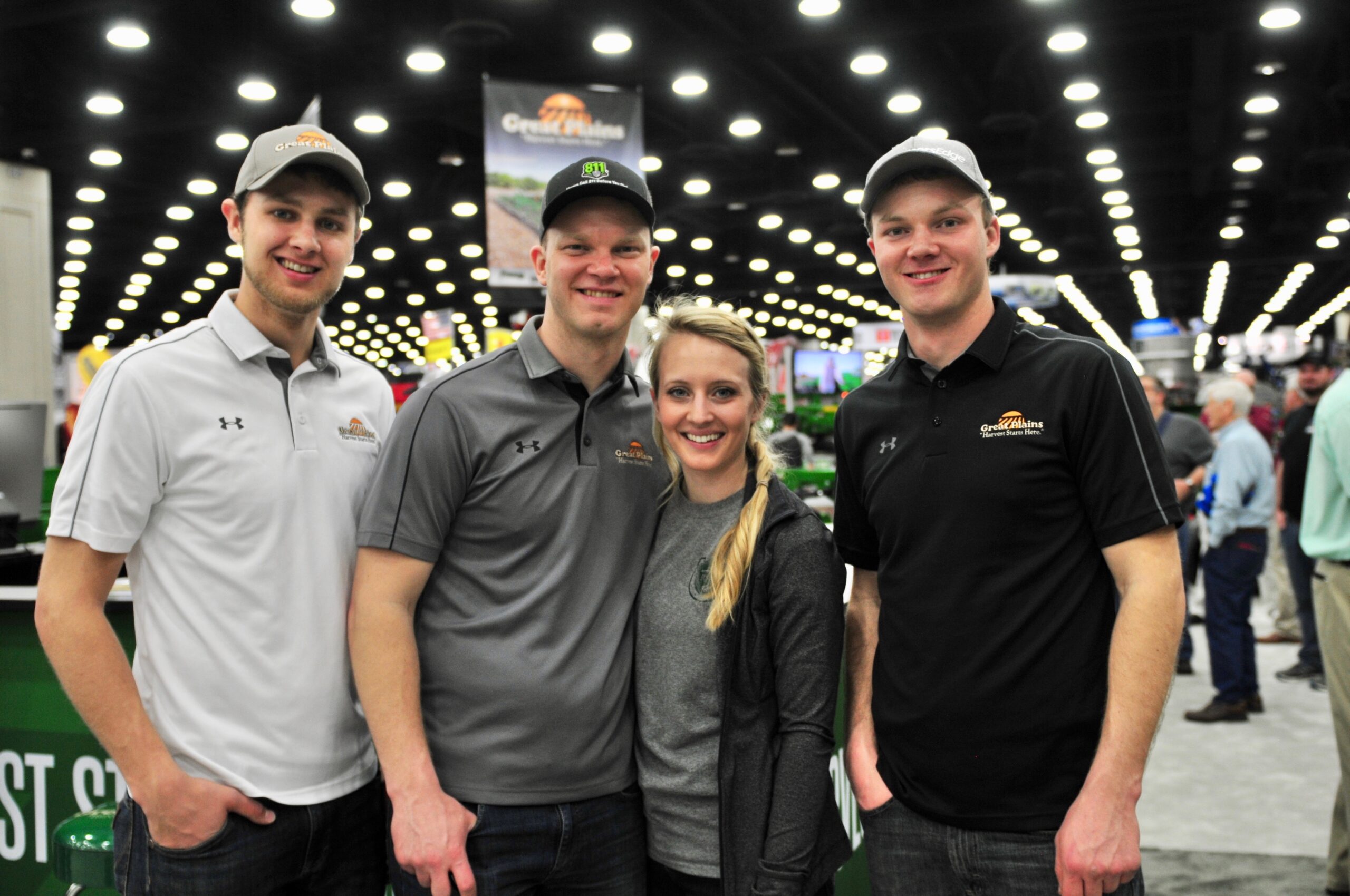 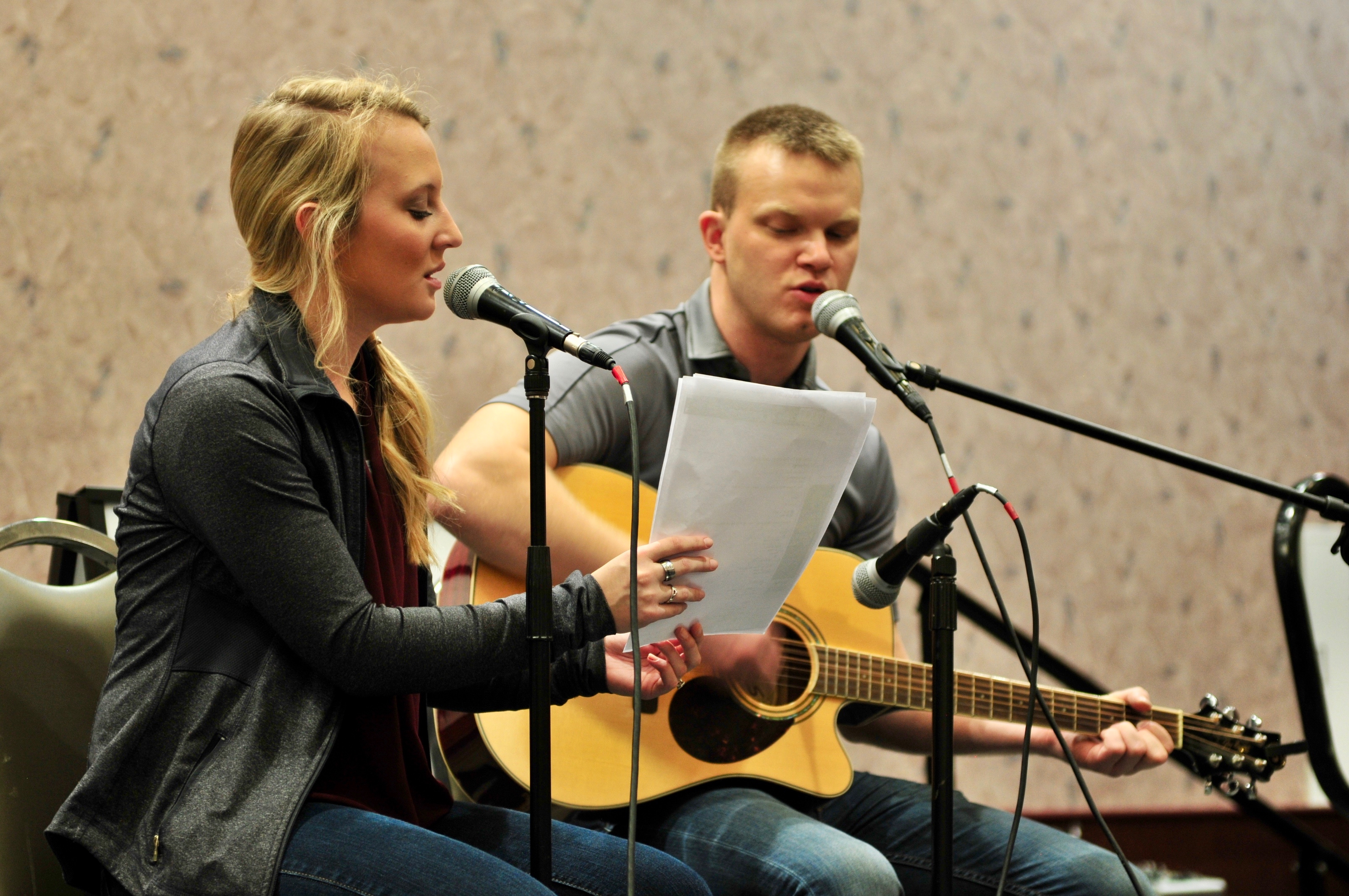 The Peterson Farm Bros, famous for viral parodies of popular songs altered with farm lyrics, were guests of Great Plains Manufacturing at the National Farm Machinery Show in Louisville, Kentucky.  The show took place February 13 to February 17, 2018 at the Kentucky Exposition Center.  On Thursday morning Greg Peterson, and his fiancee Brooke Ann, performed worship songs and gave testimony in support of the Fellowship of Christian Farmers, International, in a 400 seat room.  FCFI maintains an exhibit at the show, presenting the Gospel of Jesus Christ via the Wordless Walking Stick. 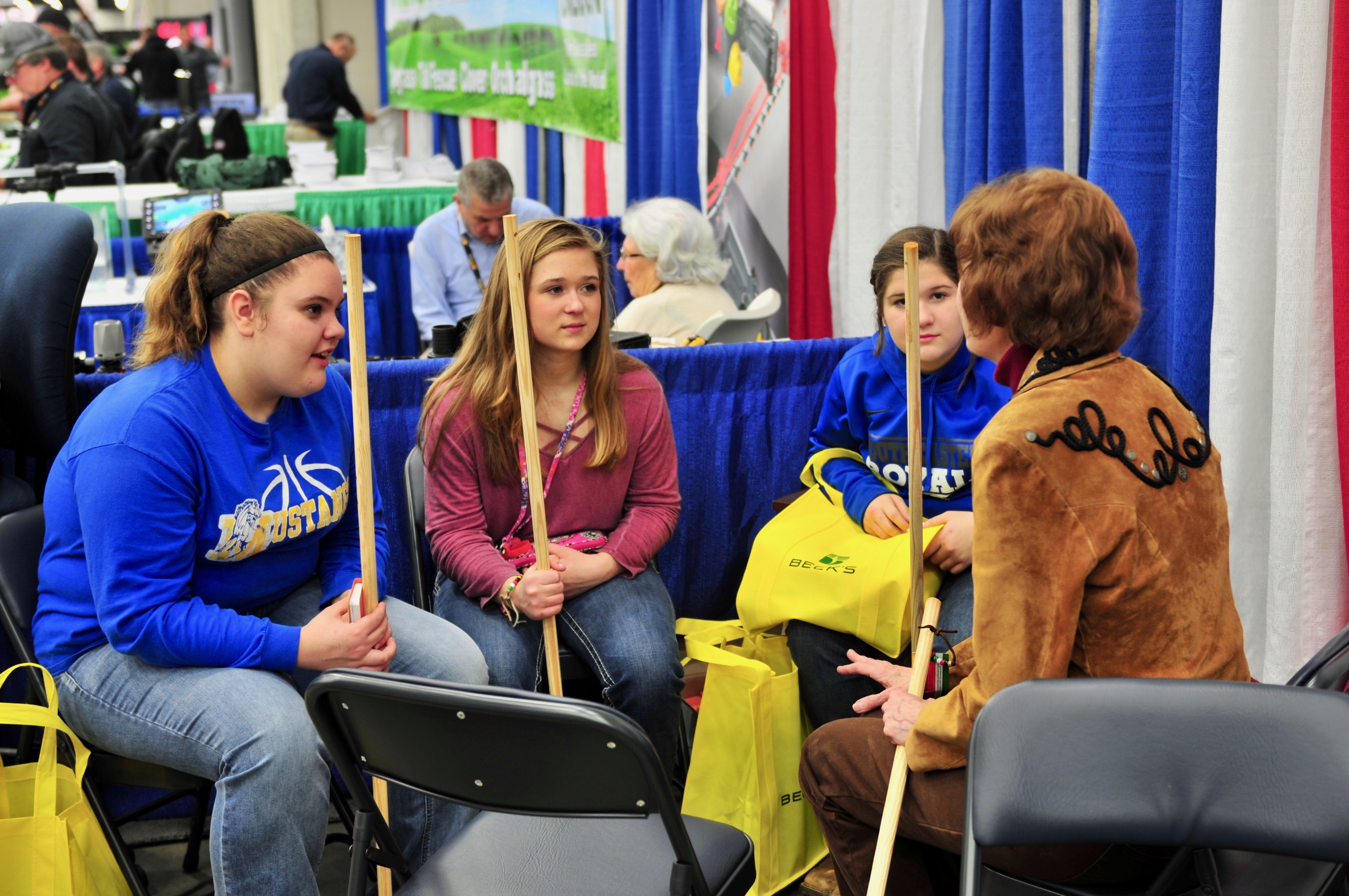 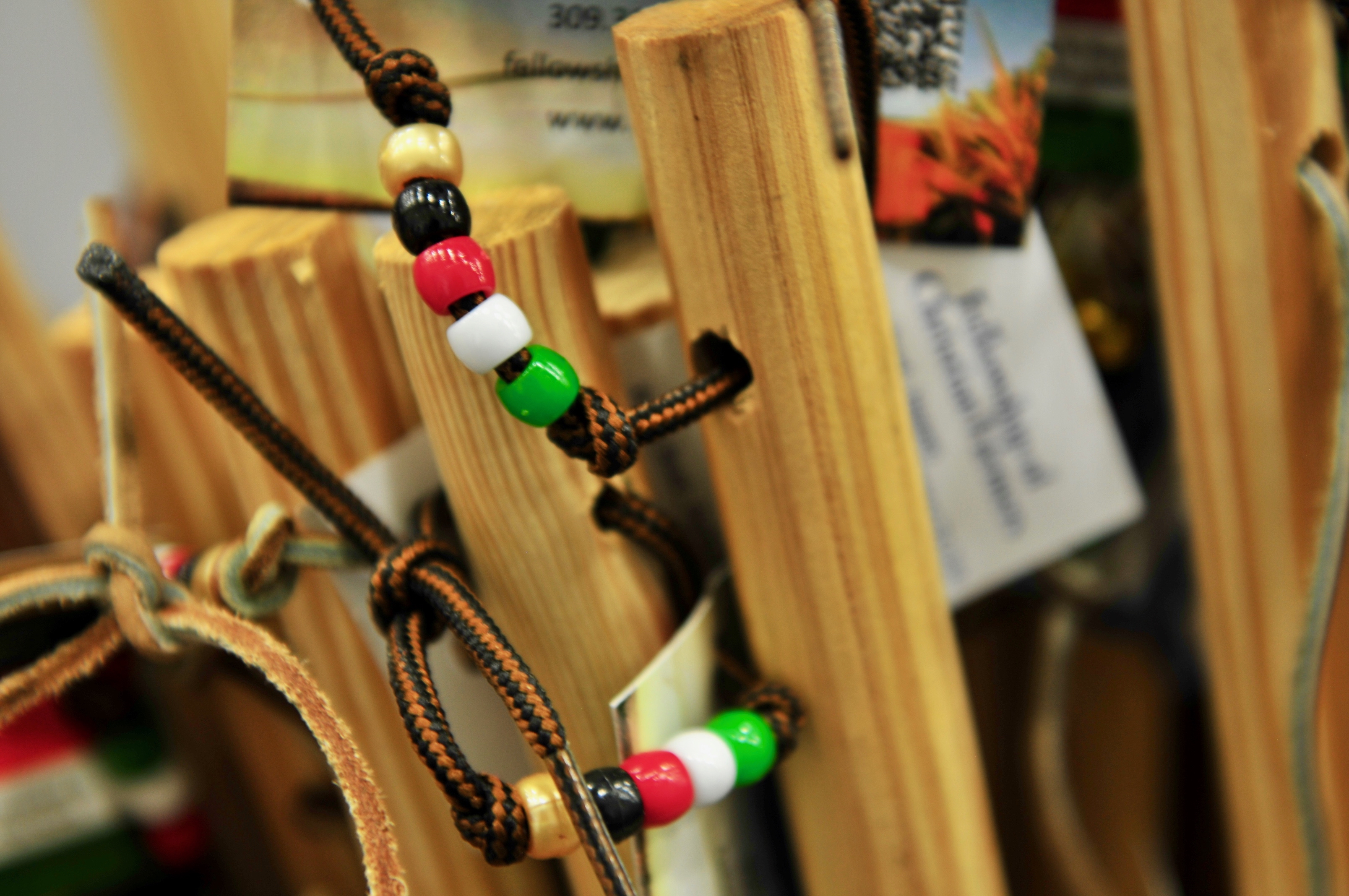 Back at the FCFI exhibit, volunteers were presenting the Gospel to farm show attendees using the Wordless Walking Stick.  4000 sticks were brought to the show, with the few left over to be used at the Western Farm Show in Kansas City later this week. 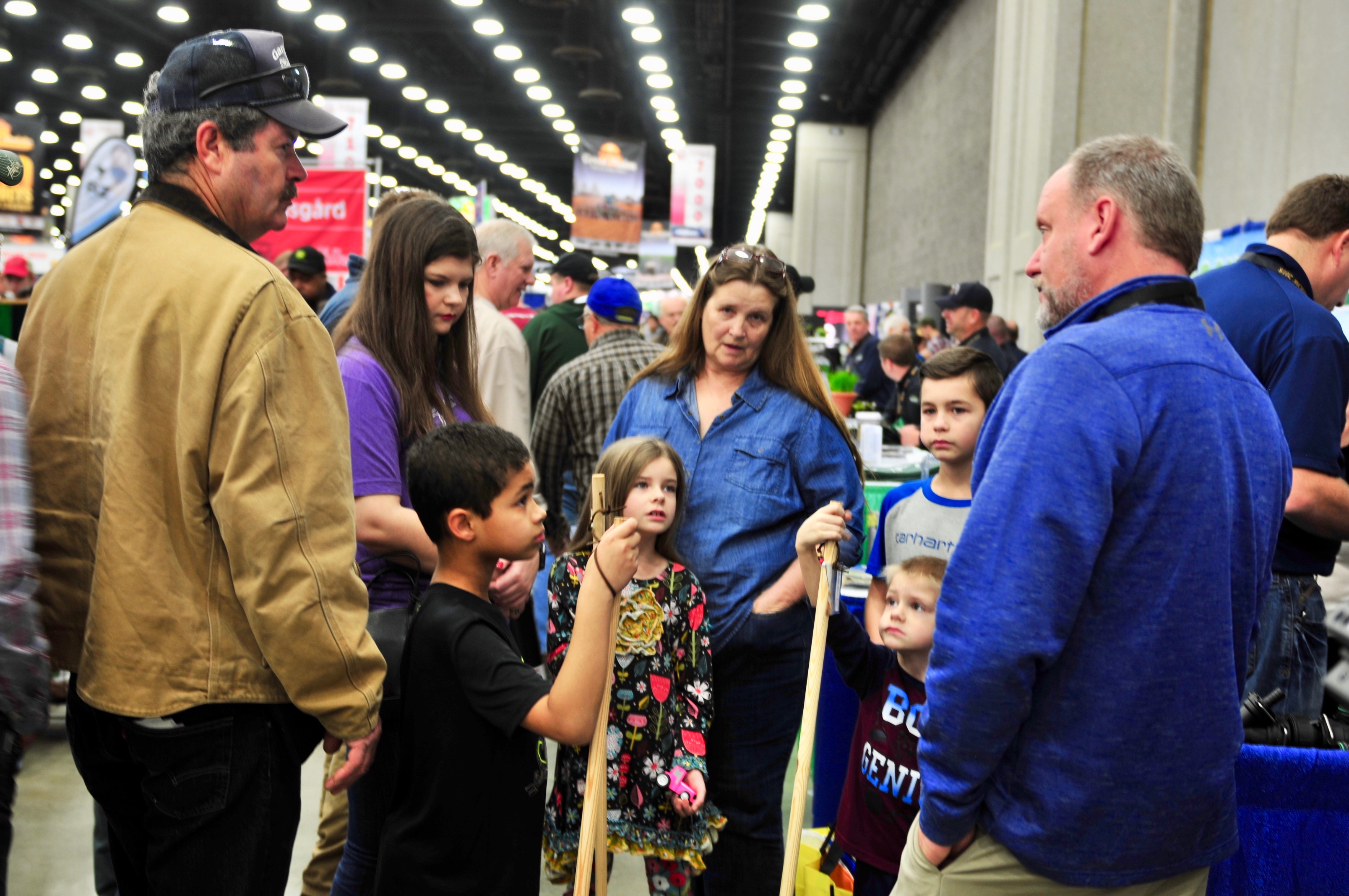 Mike Weaver sharing the Gospel with a young family. Kids love the sticks!

Thousands attended the show, keeping our FCFI volunteers busy.  And partnering with the Peterson Farm Bros added to the excitement at the show.  The Peterson Farm Bros, and Greg’s fiancee Brooke Ann, were sponsored by Great Plains Manufacturing, and signed posters and sold T-shirts from the Great Plains exhibit later Thursday morning.  The service reached over 10,000 people on Facebook Live. 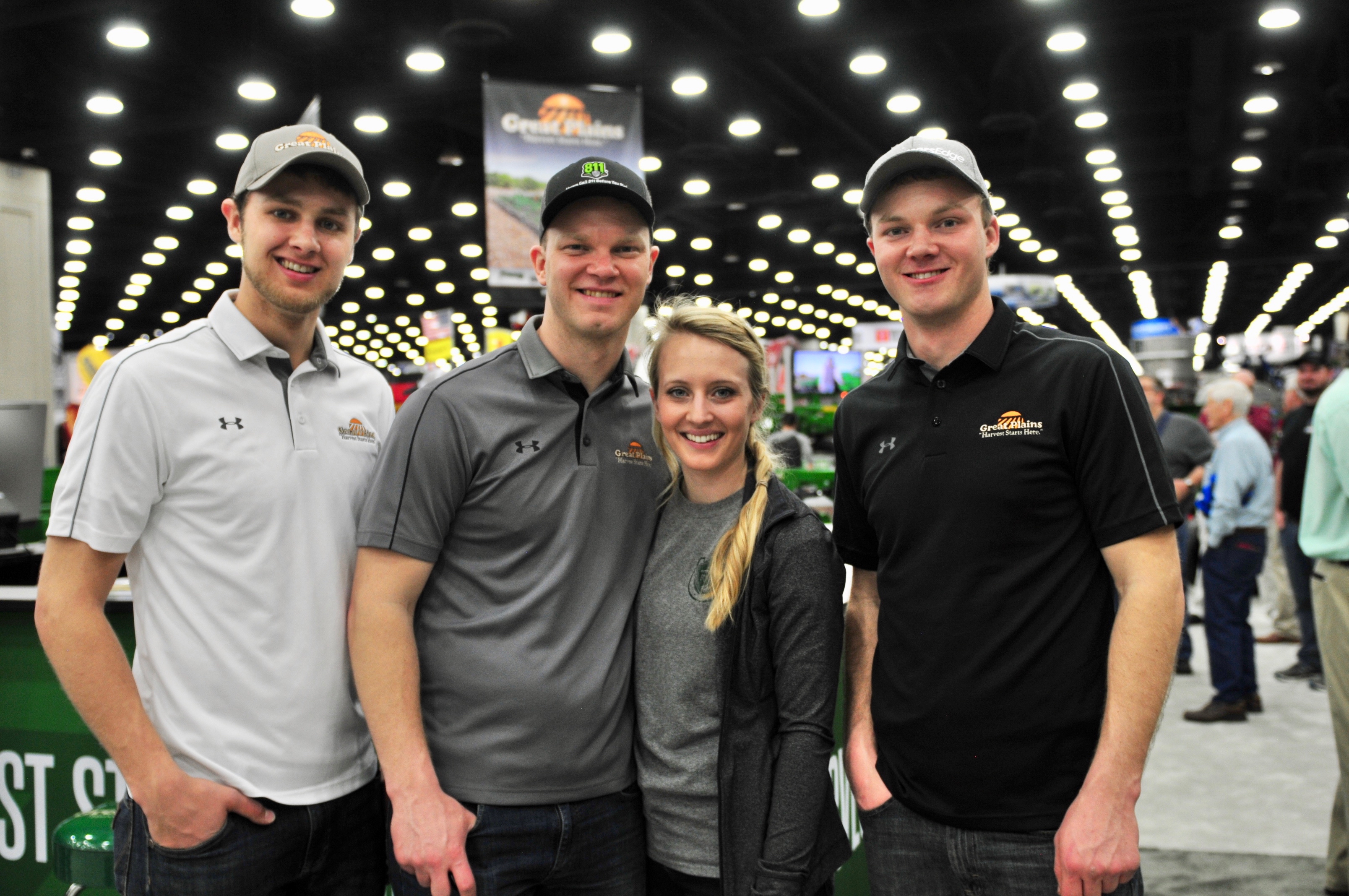