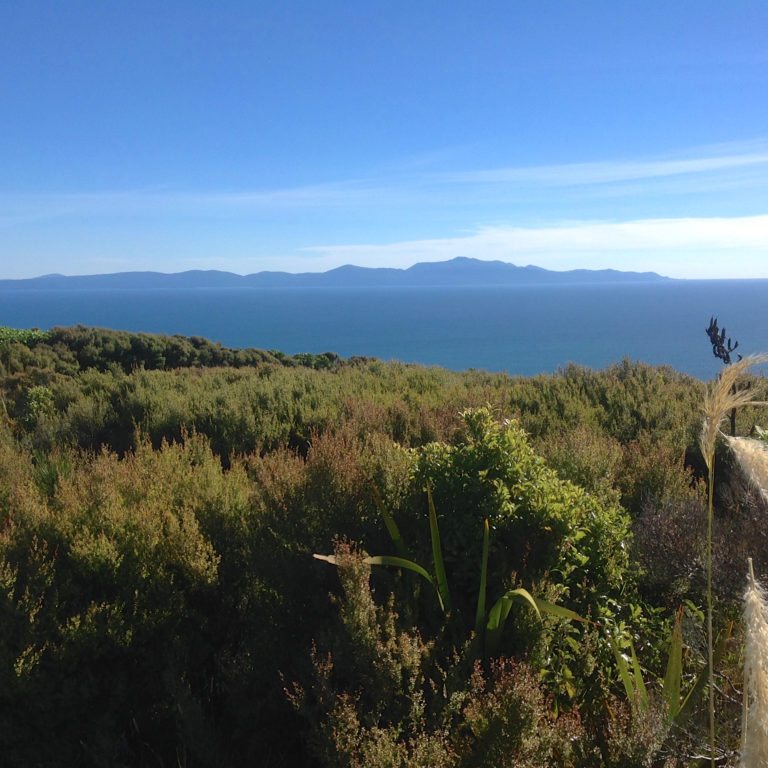 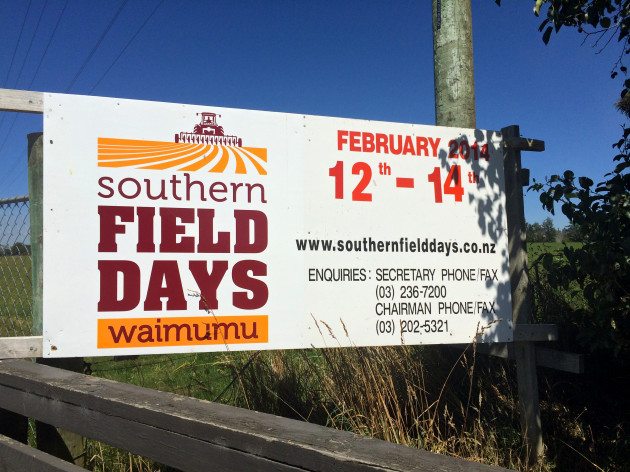 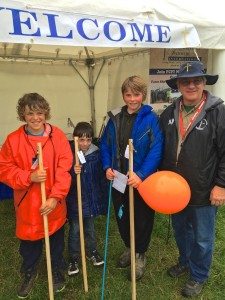 Wordless Walking Sticks were popular items at the Southern Field Days. Three boys are shown with FCFI Executive Director, Dennis Schlagel, after hearing the gospel presentation. 350 wordless puzzles and 400 silicone bracelets were used to share the gospel with some of the over 38,500 people who attended the three day show. 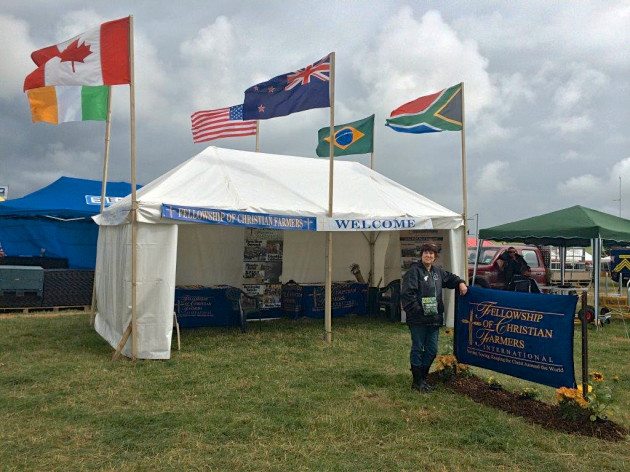 The Southern Field Days expanded by 120 exhibitors thanks to the construction of a 50m x 100m Event Center. Marques (tents) were being shipped from the North Island to accommodate the growth. The 3m x 6m marque resulted from a cancellation on Saturday before the show opened. 50mm x 50mm New Zealand Pine poles 4.8 meters long

were used to fly flags from six countries. Janet Schlagel, Bloomington, Illinois, is shown by the FCFI property sign the day before the show opened. Praise the Lord for providing a framed marque that enabled a professional, agribusiness exhibit. 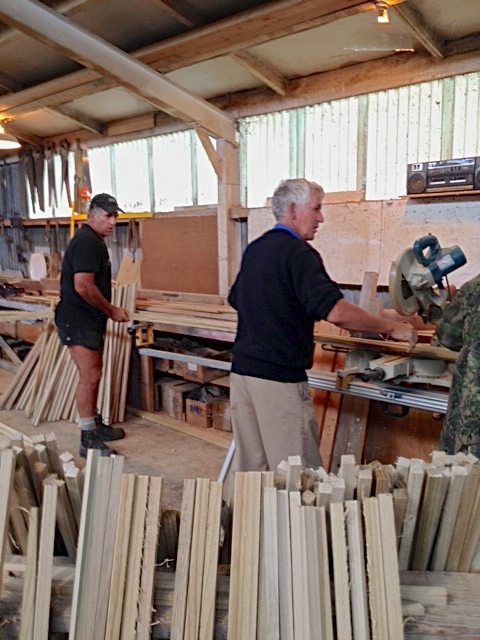 Mike Whale, left, guides the lengths of wood being cut to the correct size by Alan Taylor, using a radial arm saw in preparation for use as wordless walking sticks at the Southern Field Days. Six meter 2×2’s were first split length wise on a table saw and then split again to get the desired 1″ x 1″ x 1m walking stick. Mike Whjale and Alan Taylor are both team members of the Lower Mataura Valley Ministers Group that invited FCFI to come to Southland. Over 400 walking sticks were sanded and rawhide bracelets attached for the Southern Field Days. 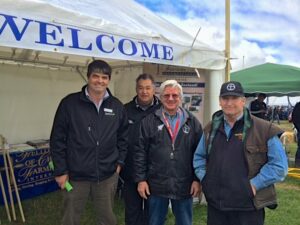 Shown, left to right, are Richard Kyte, Dairy NZ; Tau Ben-Una; Presbyterian Pastor; Dennis Schlagel, FCFI Executive Director; John Ranstead, Presbyterian Family Worker. Each man has been involved in the prayer, planning, and execution of the plan to be part of the Southern Field Days exhibit. 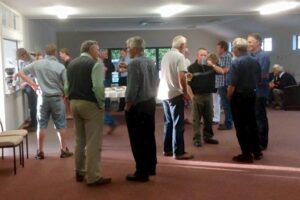 The Mataura Christian Church hosted a worship service and supper for all farmers who attended the Southern Field Days. Farm families drove over an hour away to attend the first FCFI NZ meeting. Cultivation of new friendship is a precious commodity in agriculture today. Pray that many such meetings can begin to happen all over New Zealand in the coming years.