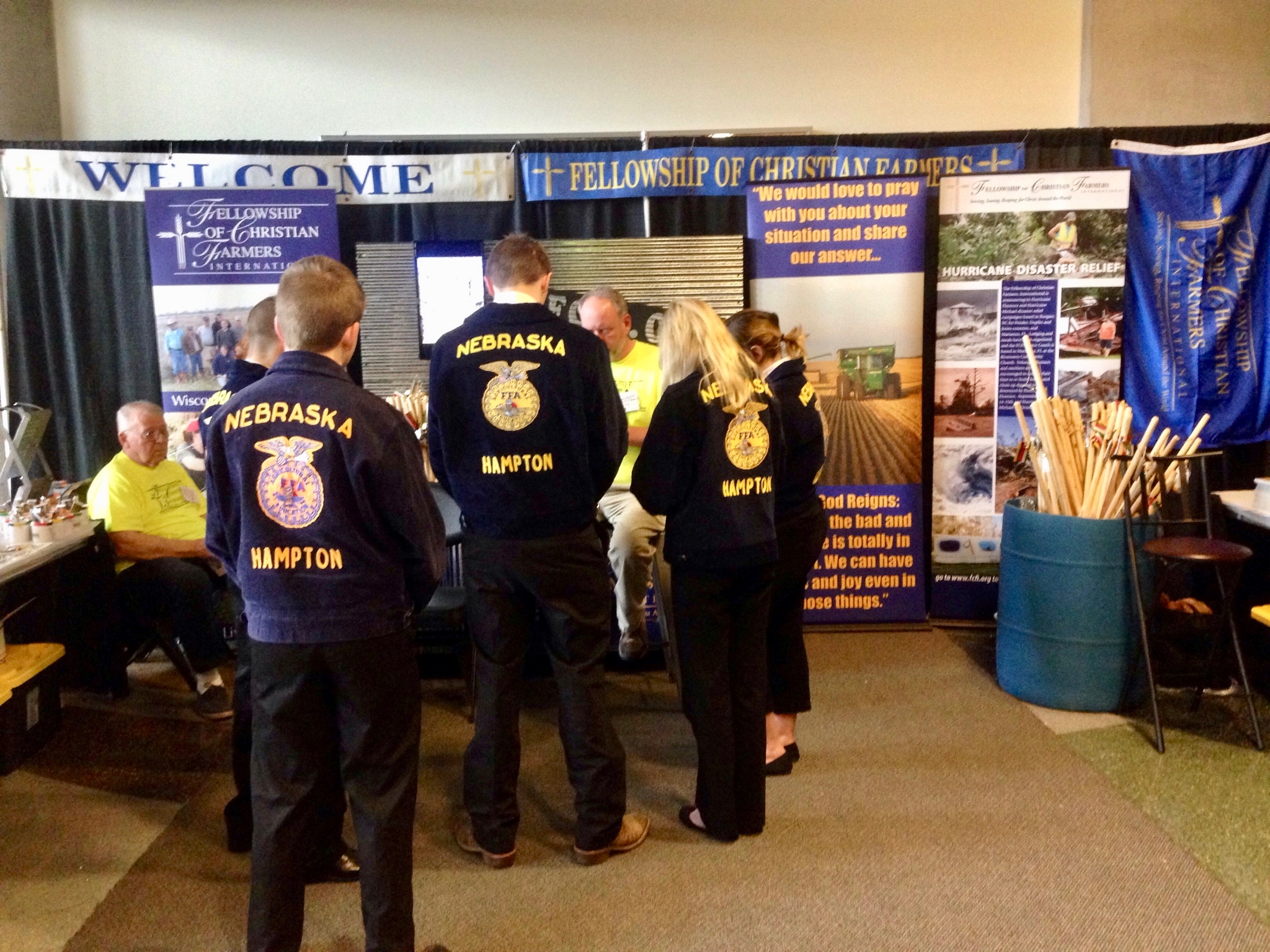 Report from FCFI Area Leader Jeff Goss:
“Today was a great day at the Nebraska FFA Convention. Since we were kind of at the end of the line of the vendors, we weren’t overwhelmed with kids, but it was a nice, peaceful flow of kids coming to our booth all day to hear the Gospel. 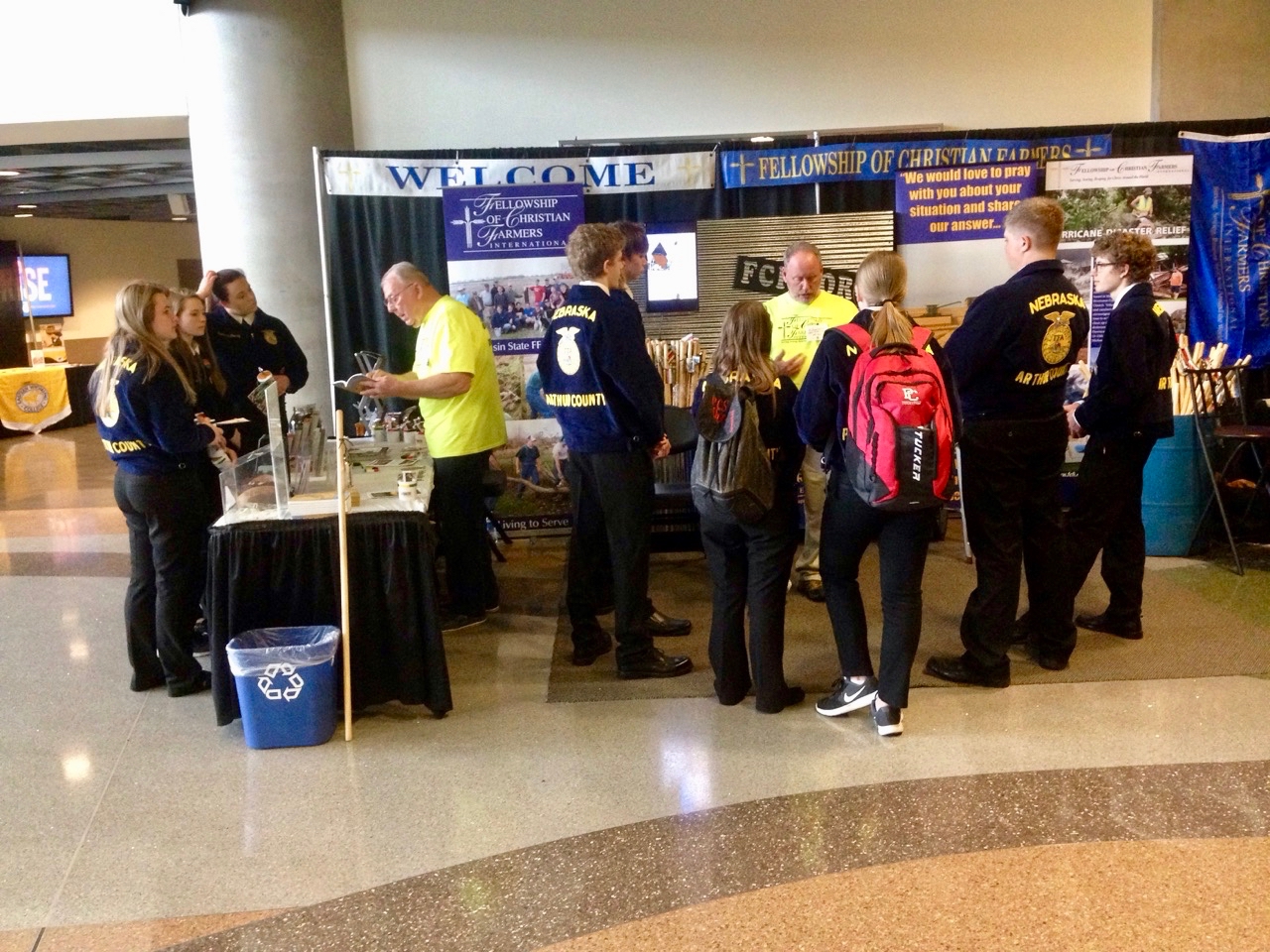 We were also able to spend more time than usual talking with each group, getting more in depth with them on how to live the Christian life. By the end of the day, there were literally hundreds of kids that had prayed to receive Jesus. 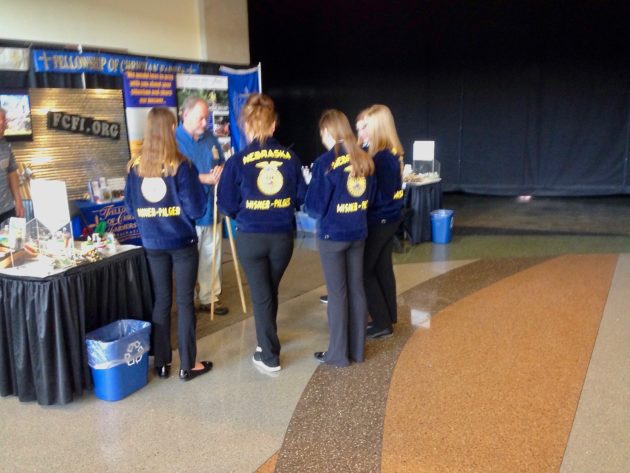 The Nebraska FFA kids were challenged to participate in disaster relief from the local flooding in Nebraska, as well as starting used shoe campaigns to help fund our disaster relief. 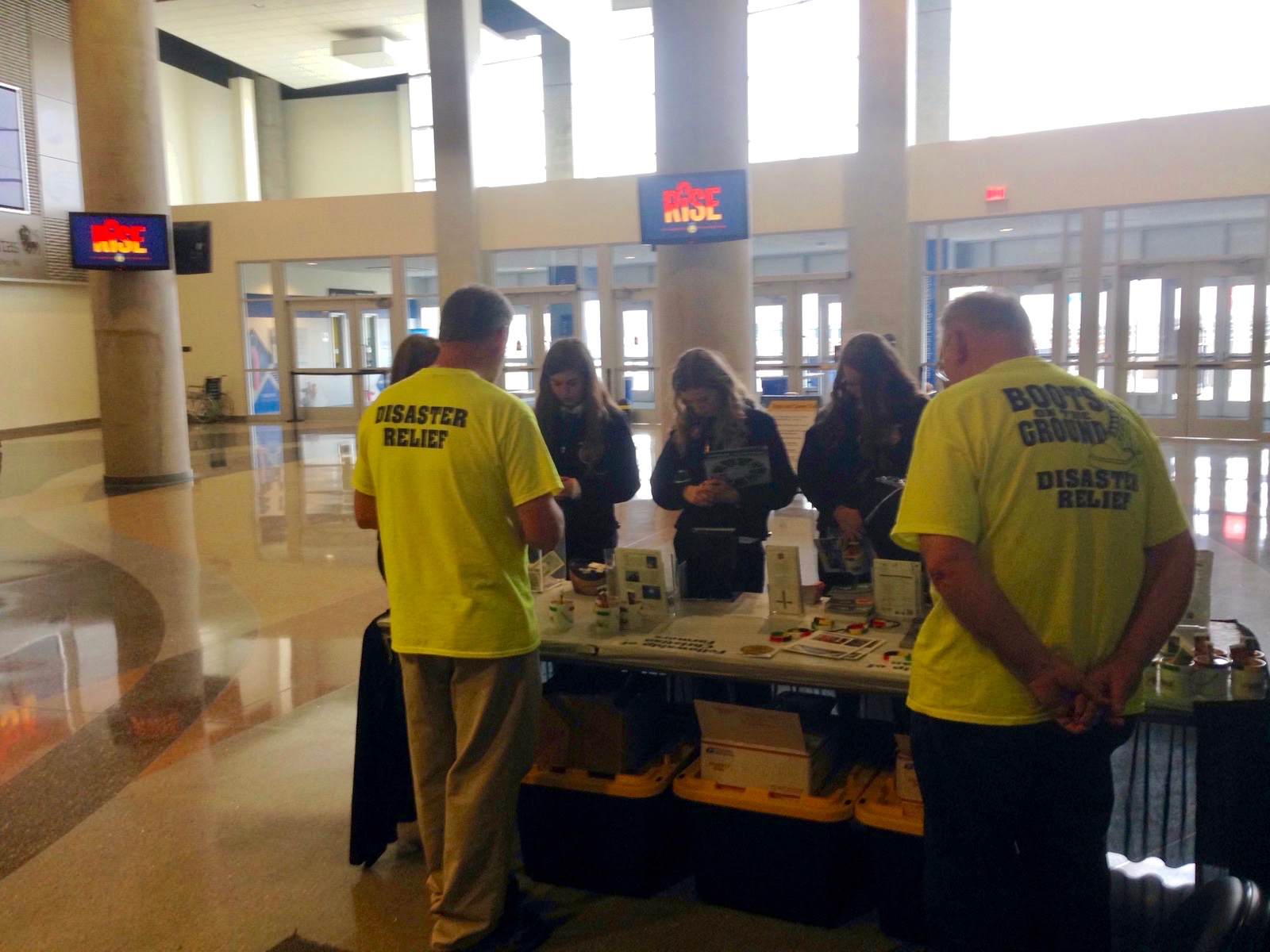 We gave out three big boxes of New Testaments.  It just seemed like a great spiritual revival was happening among the young Nebraska FFA kids, as many prayed to receive Christ.”