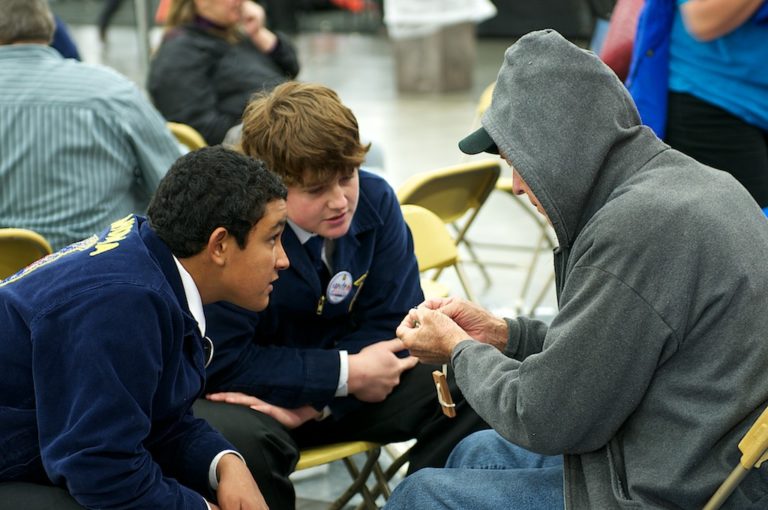 The Fellowship of Christian Farmers was there with their familiar blue and gold setup, inviting the young FFA members in for a short gospel presentation using the wordless walking stick beads. 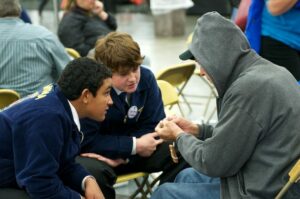 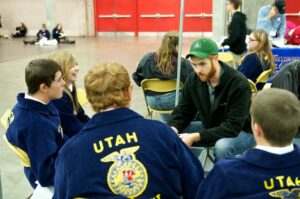 A local farmer, from Louisville, Kentucky, presents the gospel message to FFA members from Utah at the National FFA Convention. He is a farmer who also works as an ag lender at a financial institution. He also is taking classes at the Southern Baptist Theological Seminary in Louisville. Southern University also is home to the Billy Graham School for Missions and Evangelism. Tim Beougher, a western Kansas farm boy who can still recite the FFA Creed, is the Director of the Billy Graham school. Eight seminary students each day helped staff the FCFI exhibit at the FFA Career Show. It was a tremendous joy to have Southern Seminary students join FCFI in Louisville. 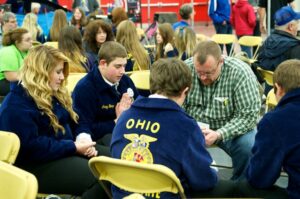 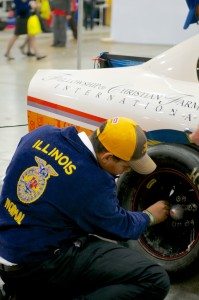 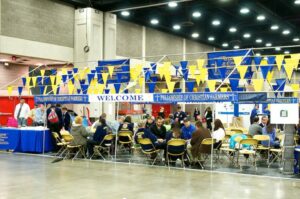 View of FCFI exhibit at FFA Convention in Louisville. 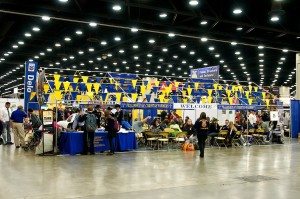 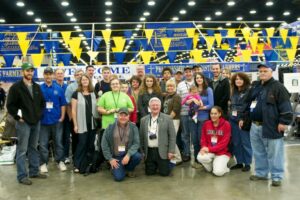