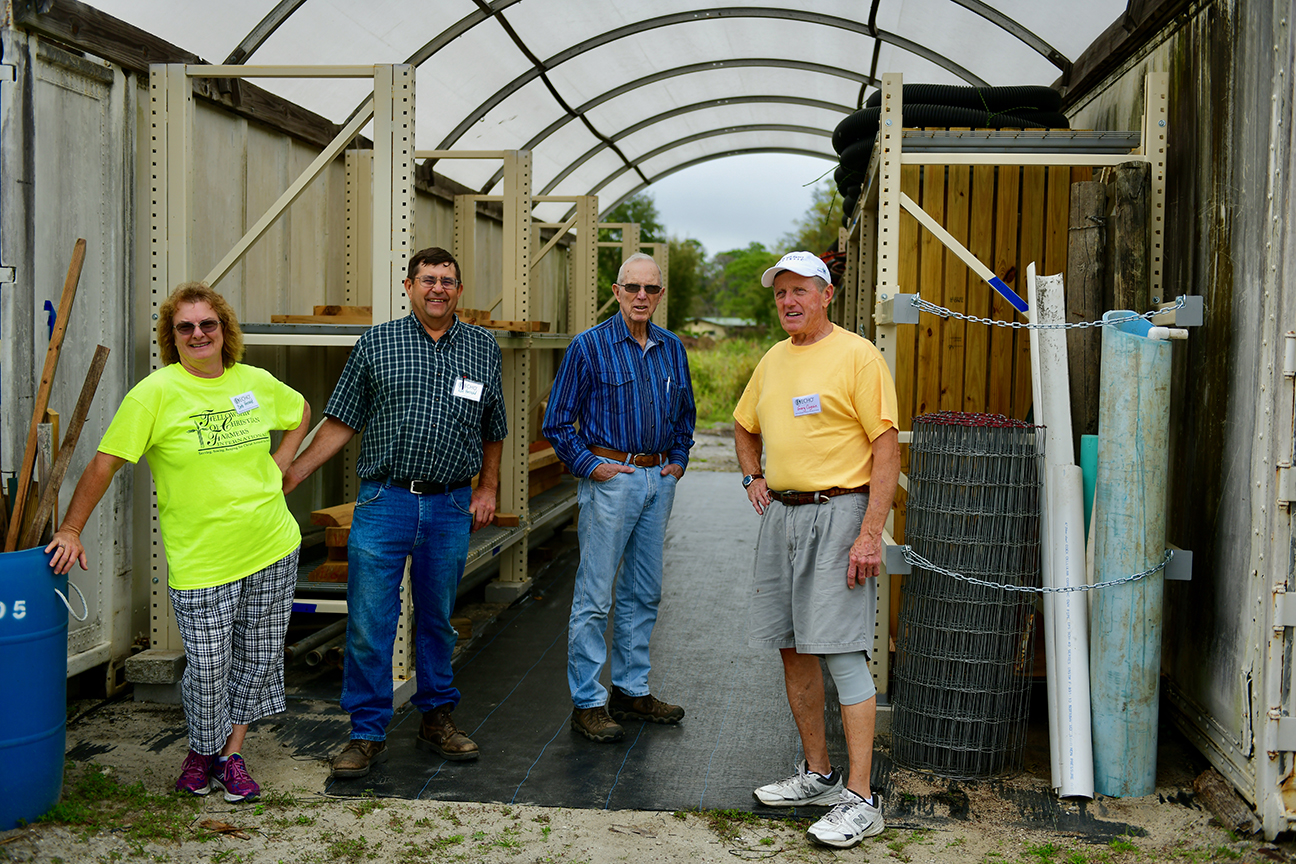 If you live in the Midwest, what could be better than taking a week off of the cold, winter weather and head down to Southern Florida?  That’s just what I did.  I am Jerry Druhan, Media Director for the Fellowship of Christian Farmers.  Dennis Schlagel, Executive Director of FCFI always wants good photos of our trips, whether farm shows, disaster relief, or mission trips.  FCFI regularly visits the ECHO Global Farm in North Fort Meyers, Florida, a farm research facility whose goal is to end world hunger, teaching people how to farm with minimal equipment and technology and faith in the Lord Our God. 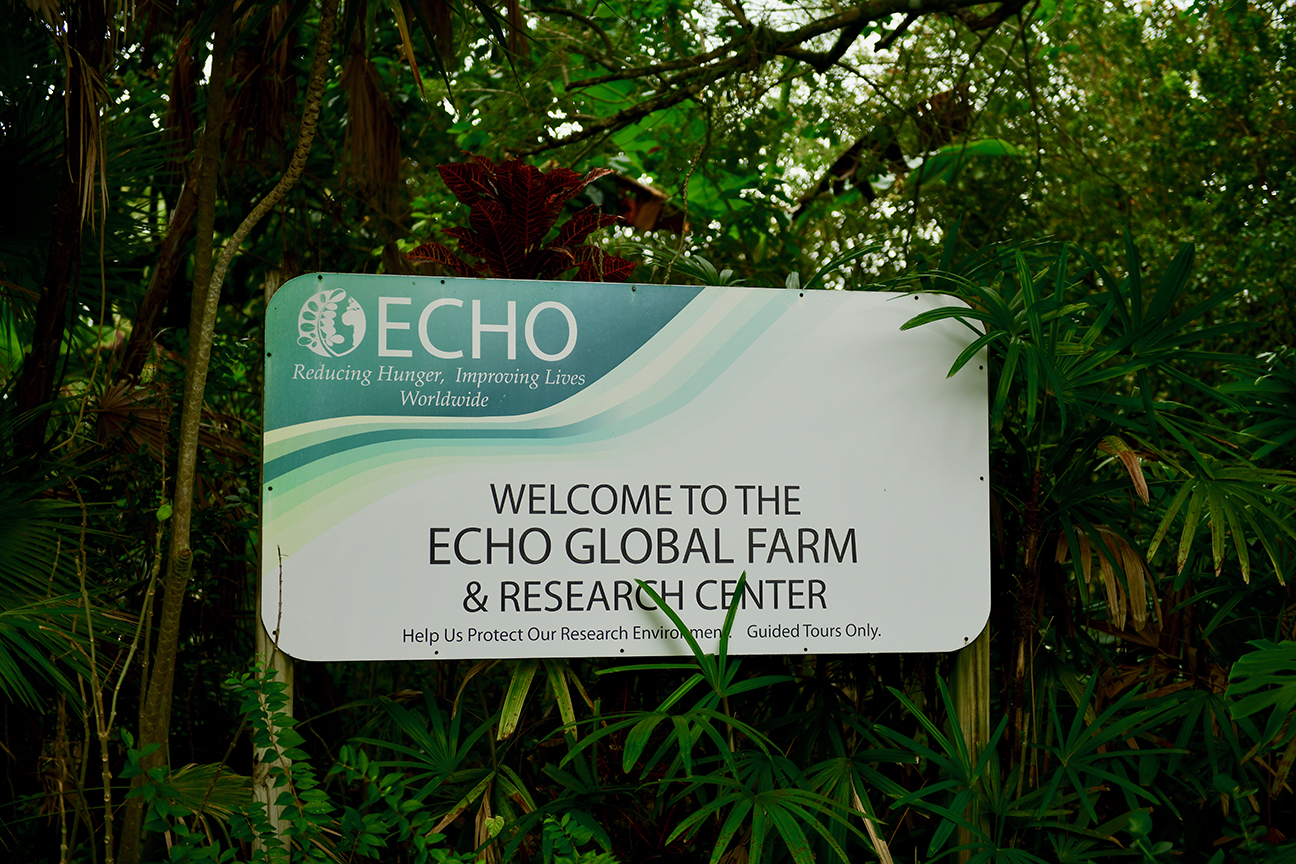 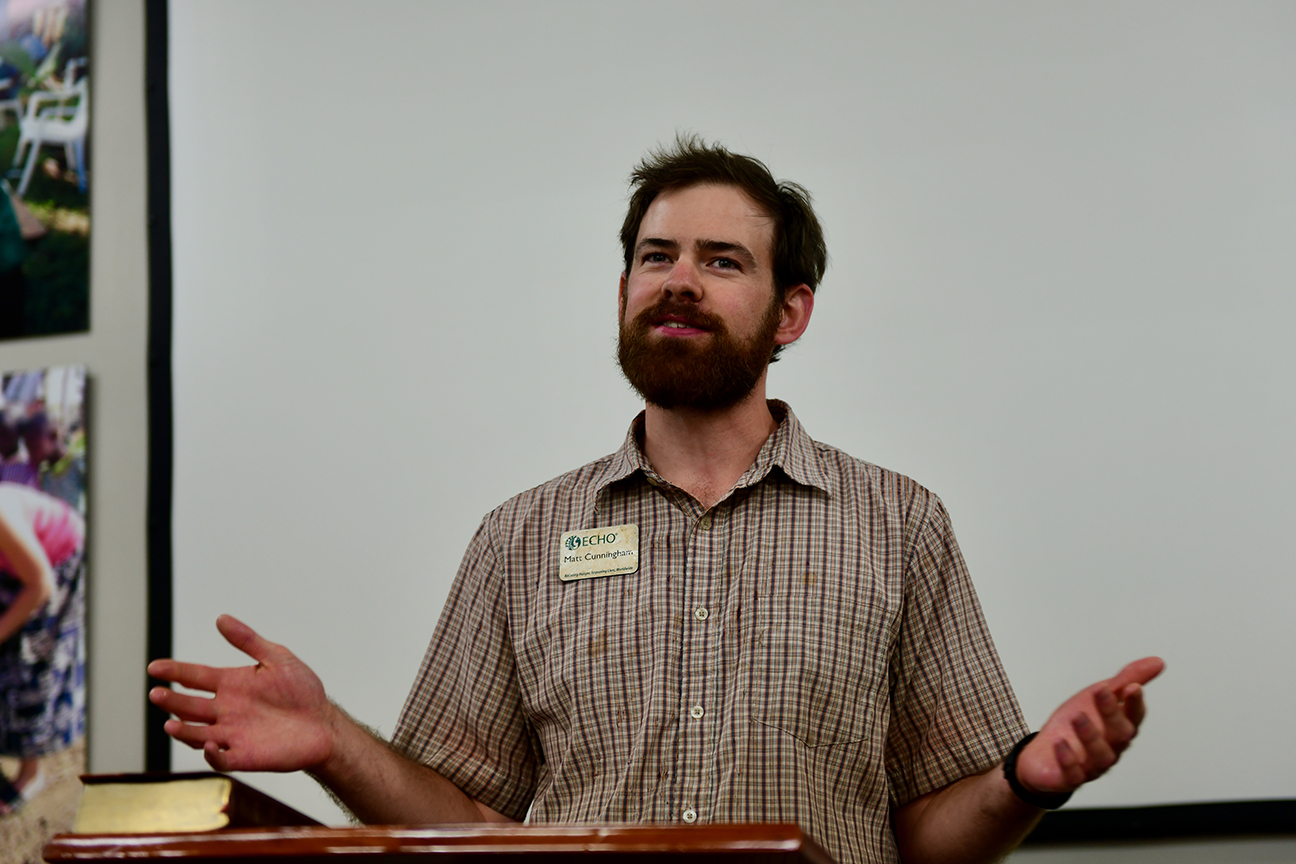 Matt Cunningham opened devotions.  God is given the Glory every Monday morning.  This is a great way to start the week. 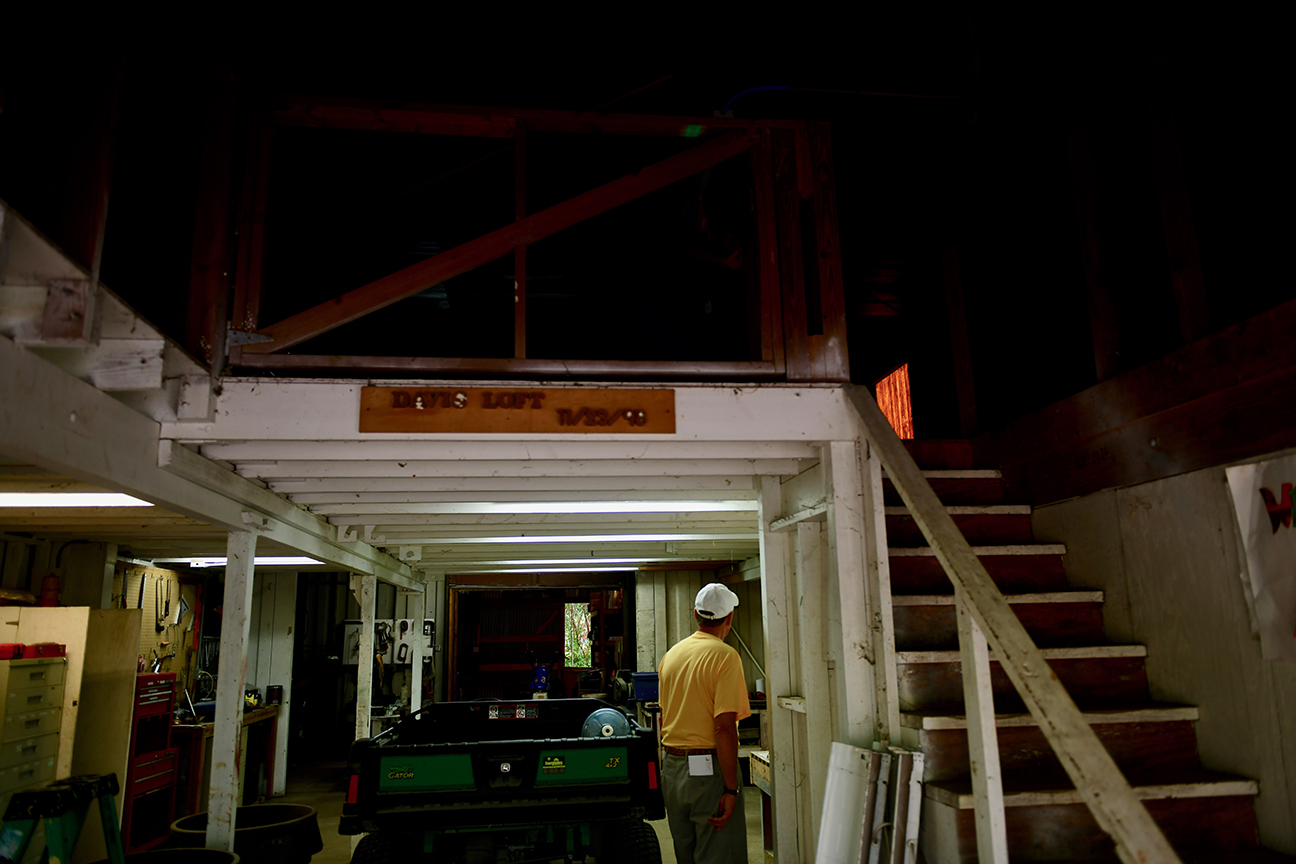 Looking up to the loft area that will be torn down by our work team
This year’s mission trip to ECHO was to remove an entire loft storage area in a metal building.  The floor was 5/8 inch plywood, framed with 2×8 joists, 4×4 posts, and a stairway.  All had to come down, nails and screws removed, and stored for reuse. 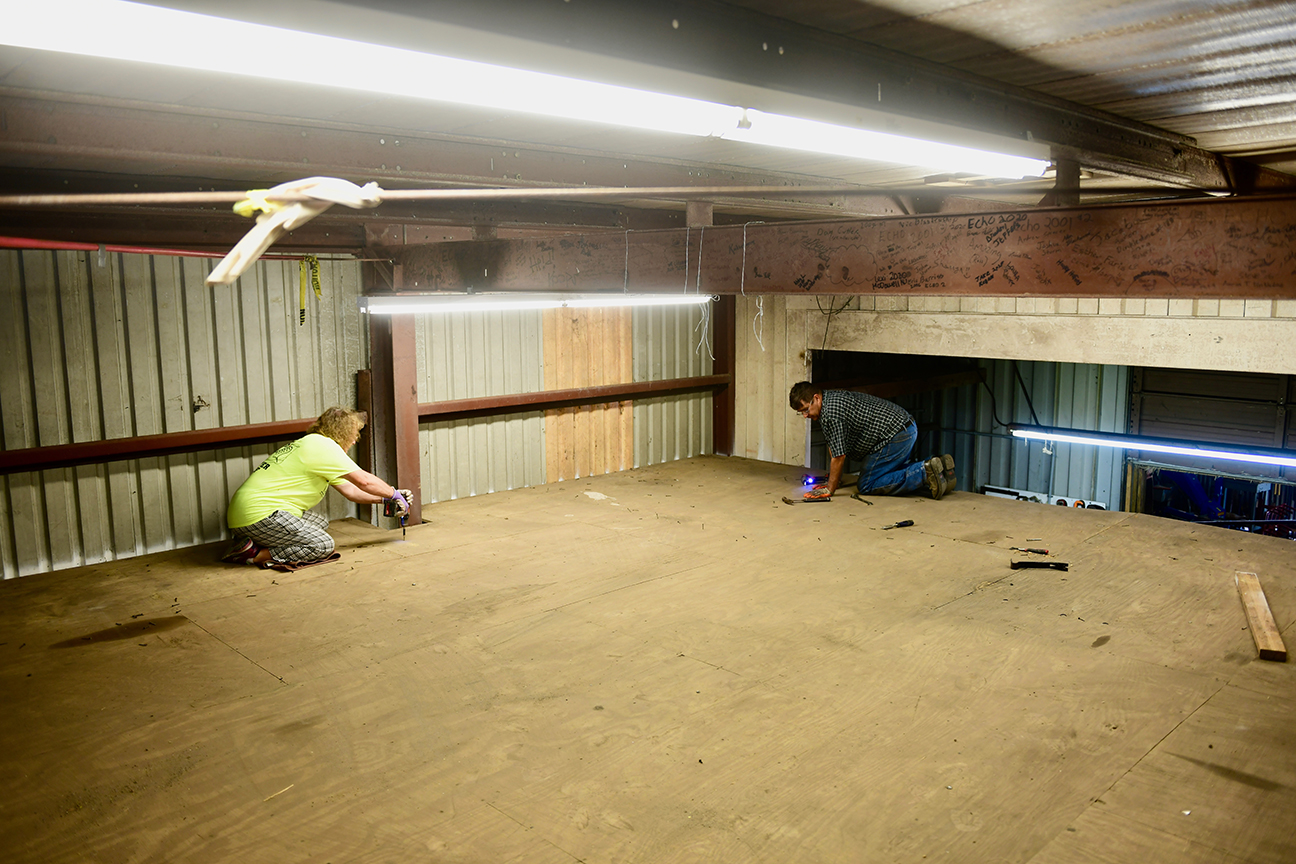 Deb and Ron Herrold use cordless drills to remove the many screws holding down the plywood floor
The job requires a lot of muscle, using power tools, hammers, pry bars, and other assorted claws, to remove nails and screws.  My job was mainly to document the activity, but I did help out removing screws from the floor, and removing floor panels.  It was over 80 degrees all 4 days of the job, with day 5 (tour day) in the low 60s. 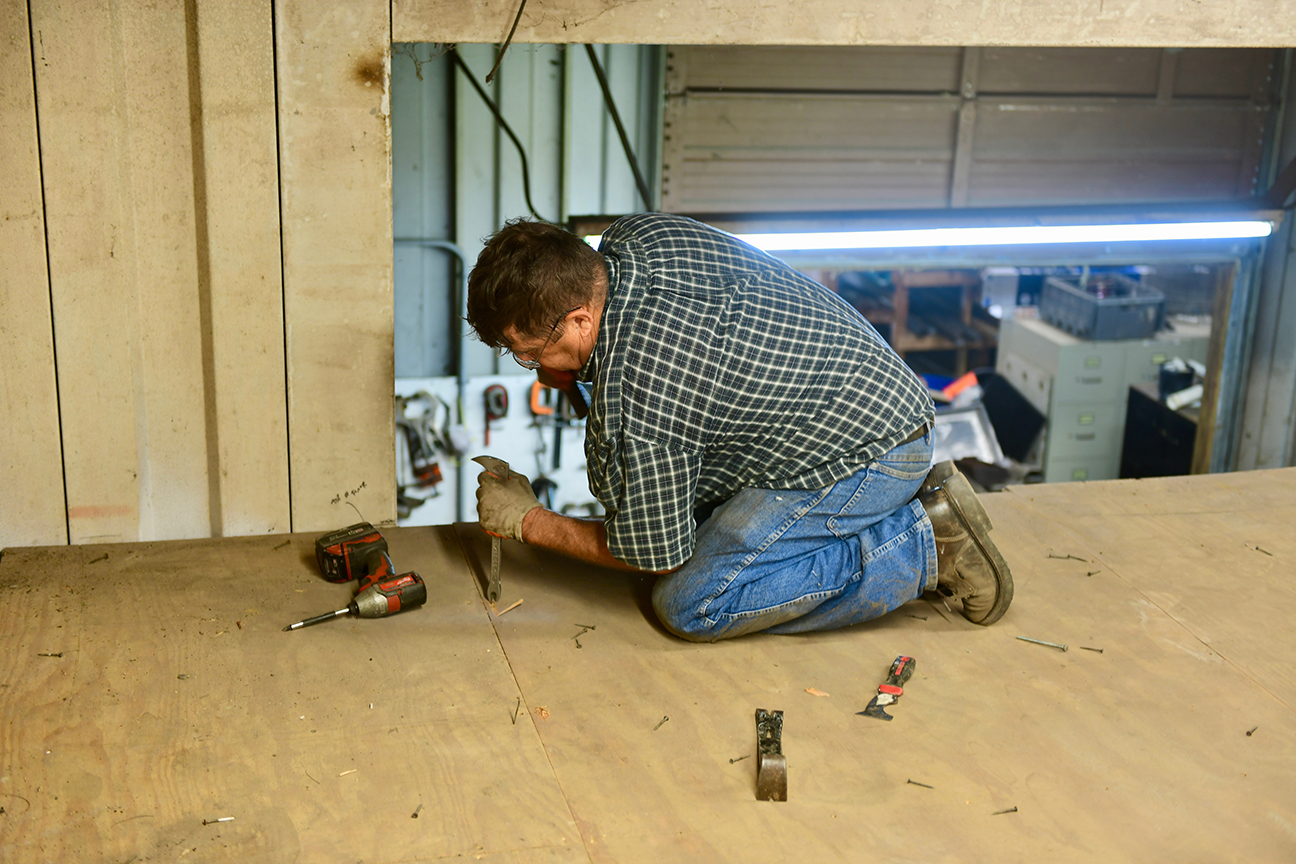 Stubborn nails and screws:  Ron Herrold digging out a nail 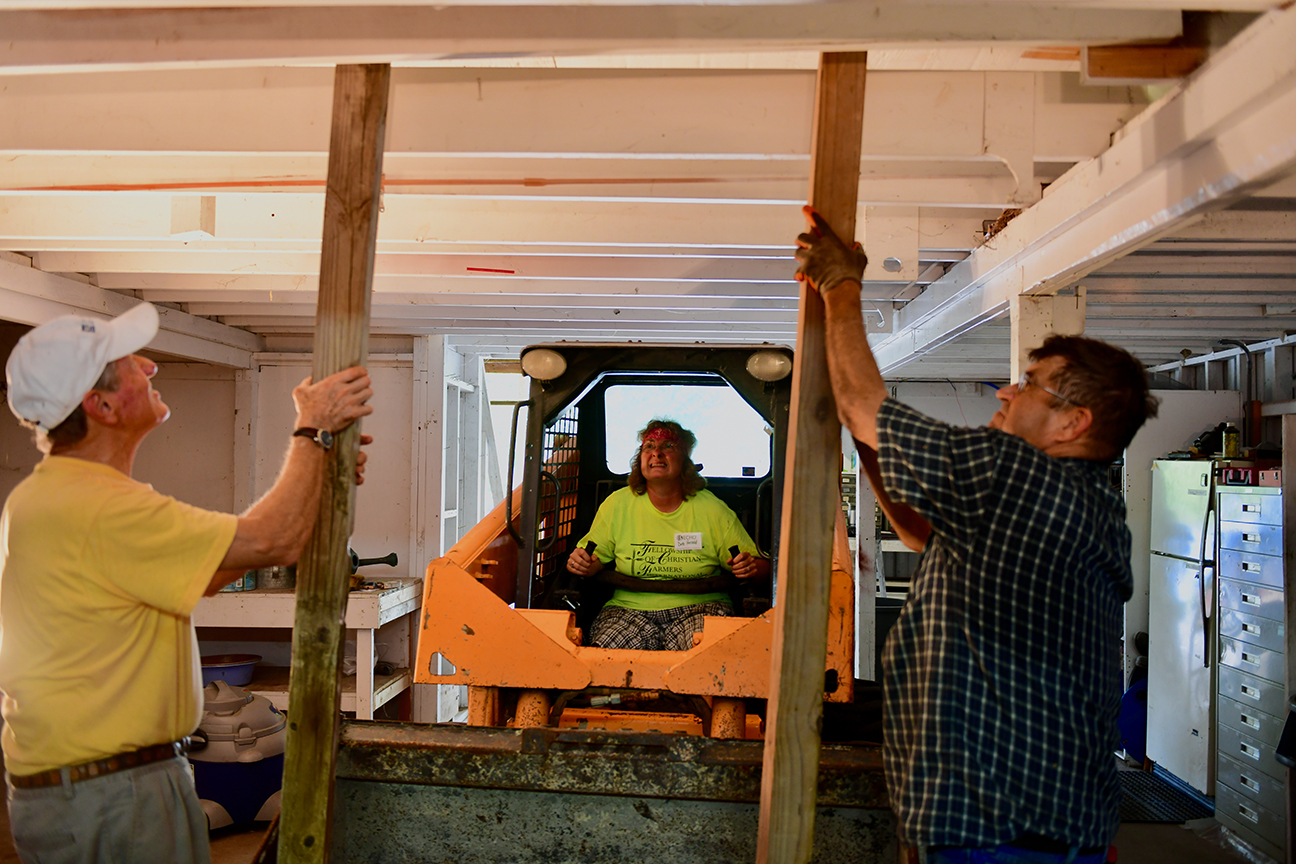 Deb operates the skid loader while Ron and Gary hold a makeshift wood framed “tool” which is pushed up by the skidloader bucket to pop loose the floor panels.  Nothing came out easy, as it was hard to find all the screws and nails. 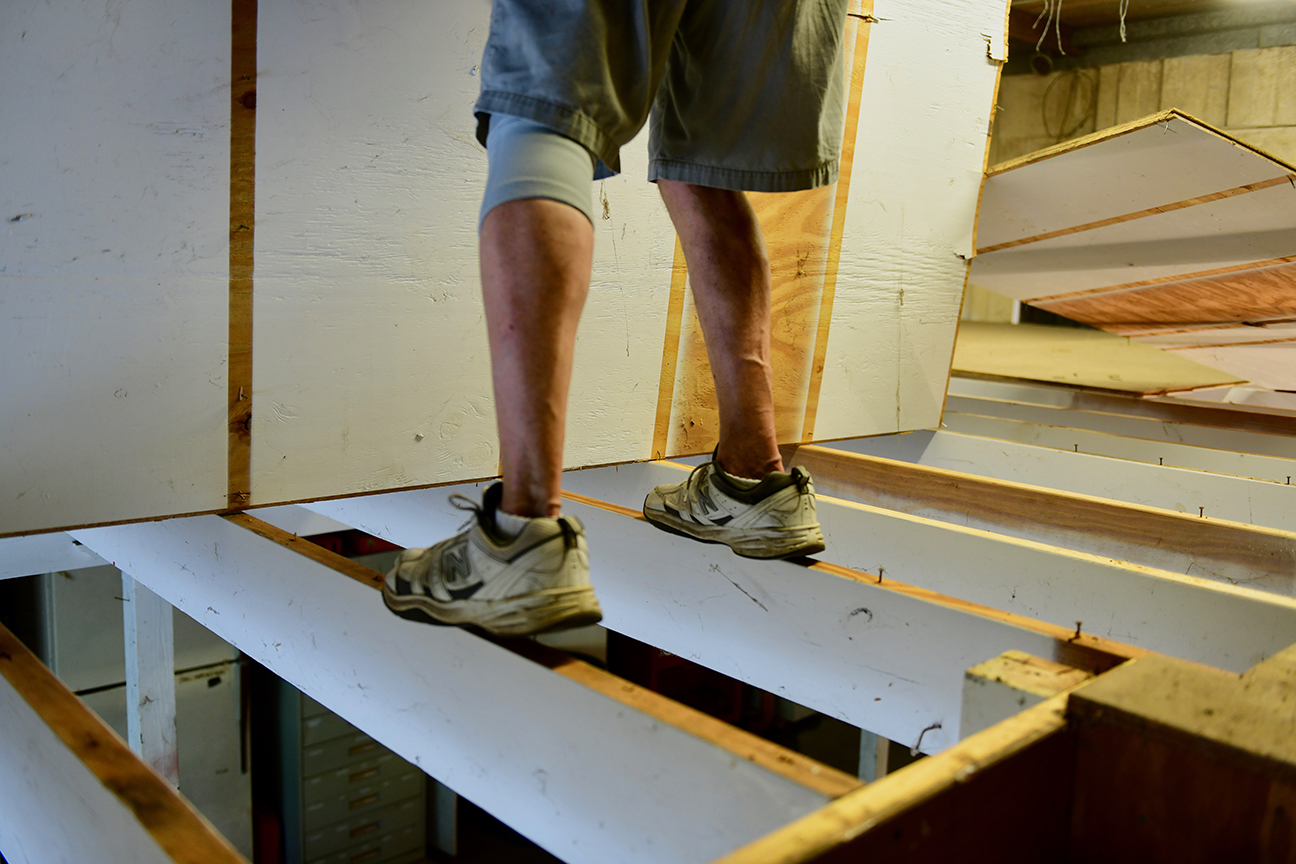 One by one, the floor panels come out 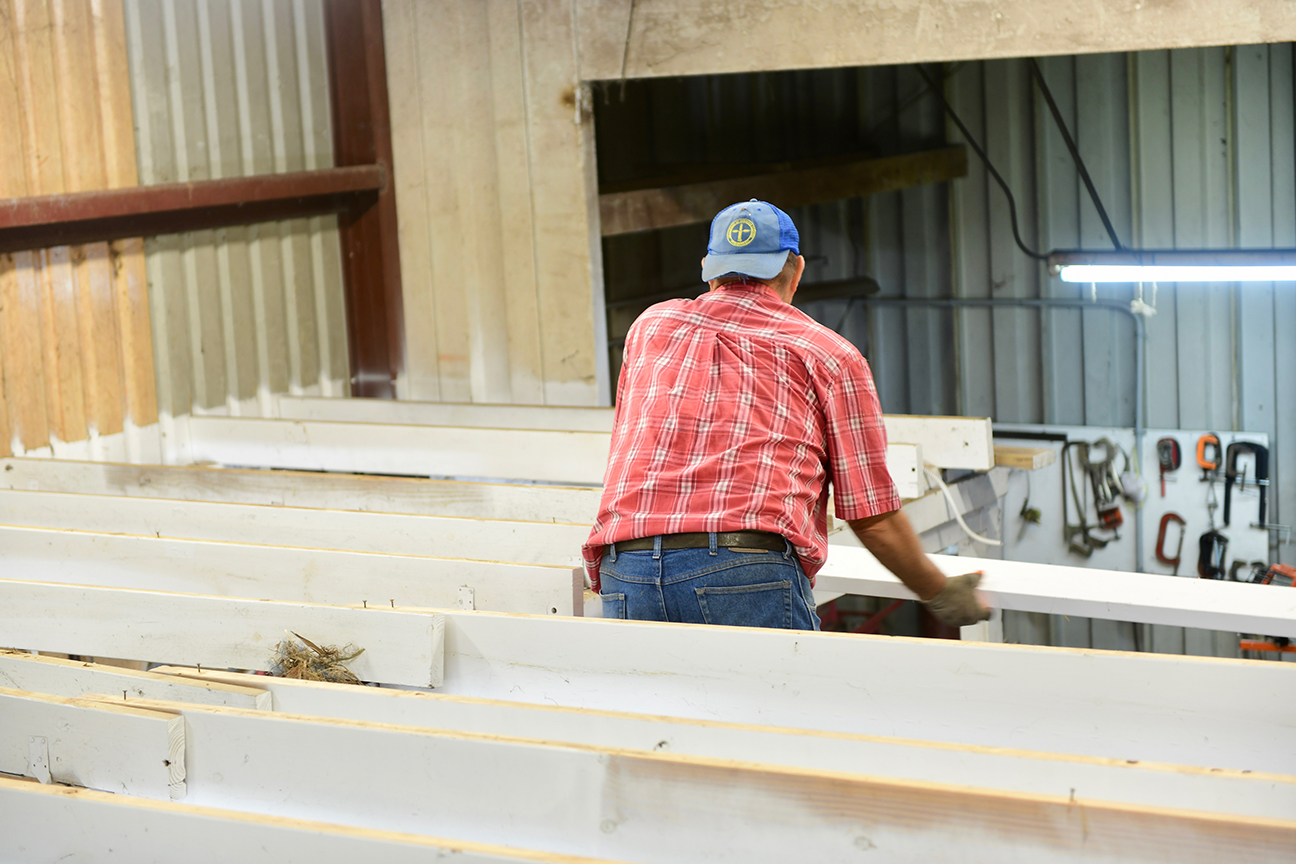 With all the floor panels down, it’s time to remove the joists 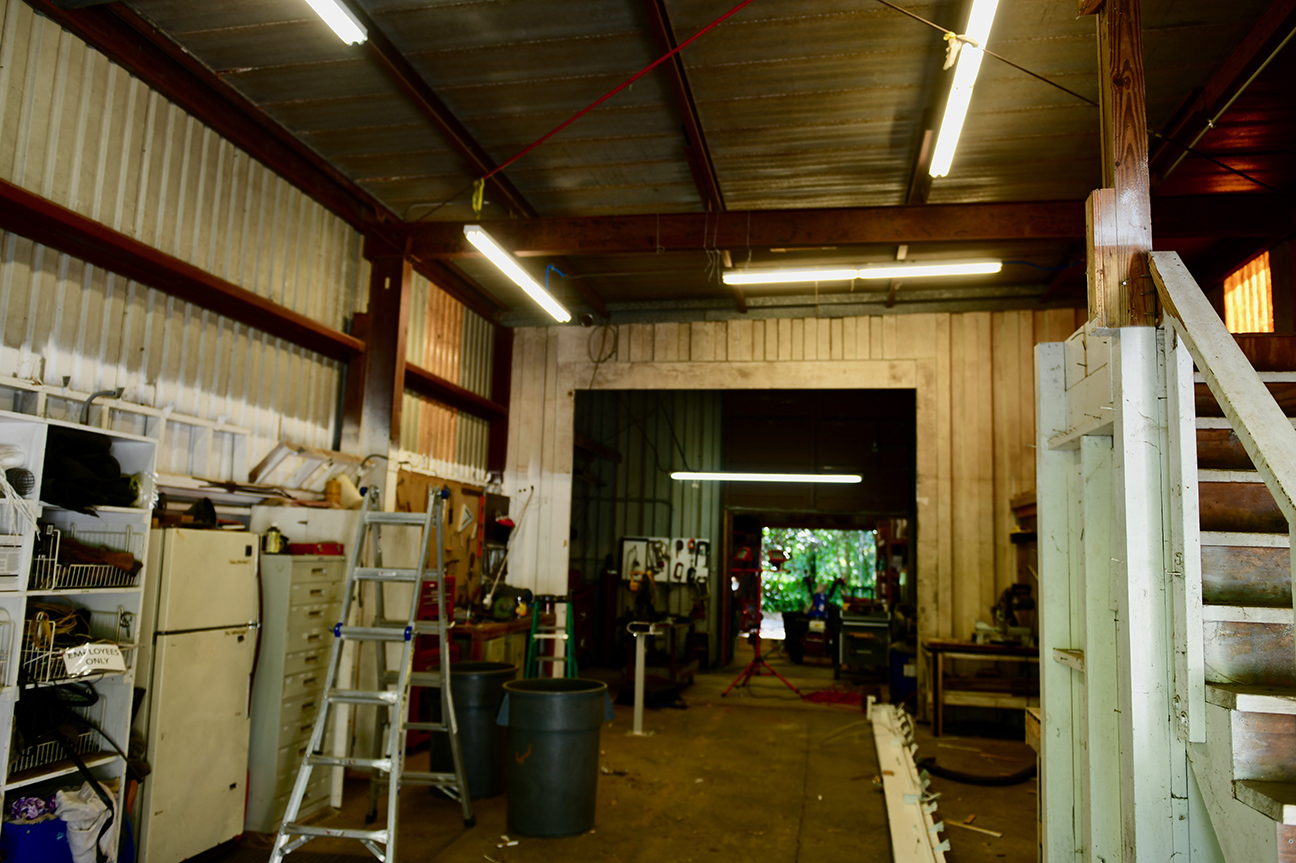 I left the worksite for a few minutes to photograph some of the grounds around the farm, only to return to find all the joists removed.  What remains now is just the stairway and some side supports. 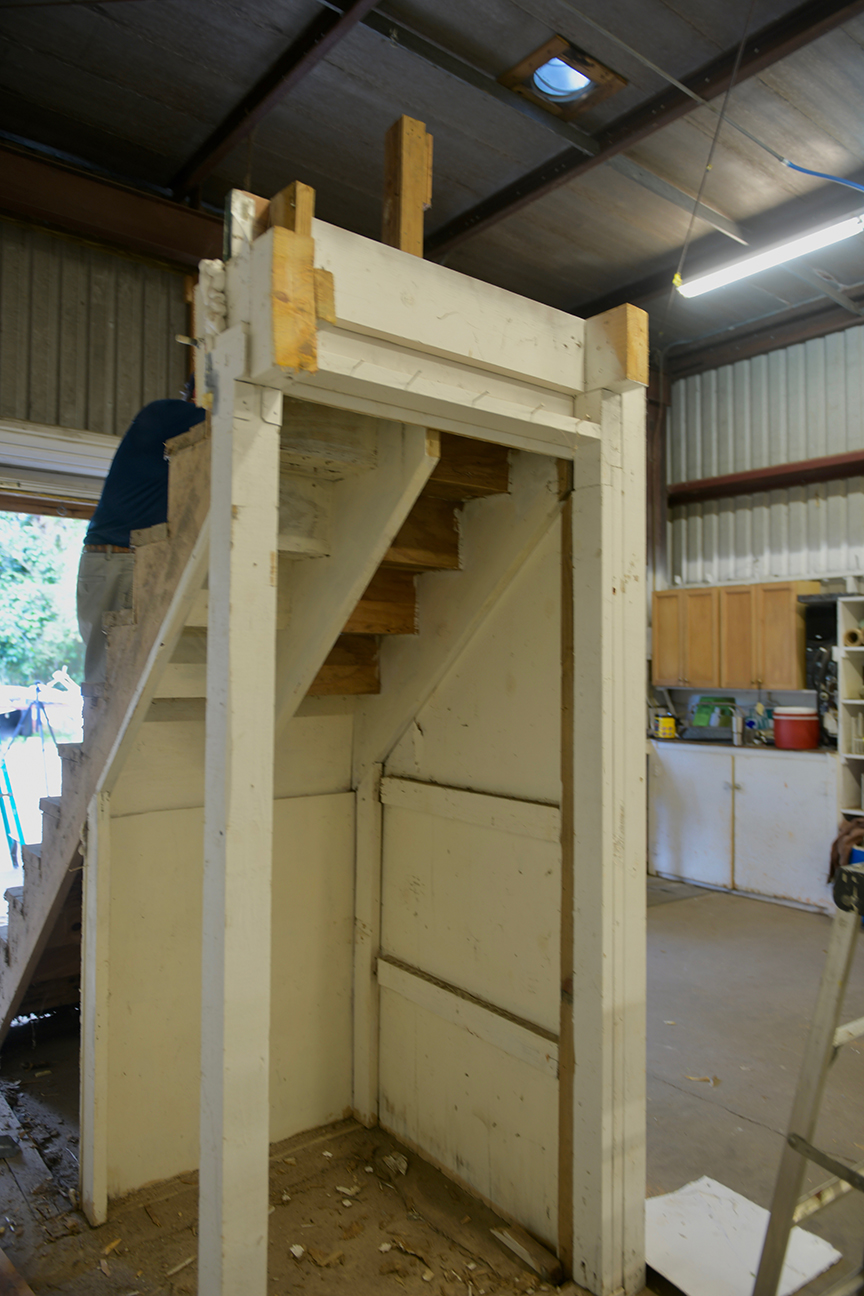 The stairway to nowhere 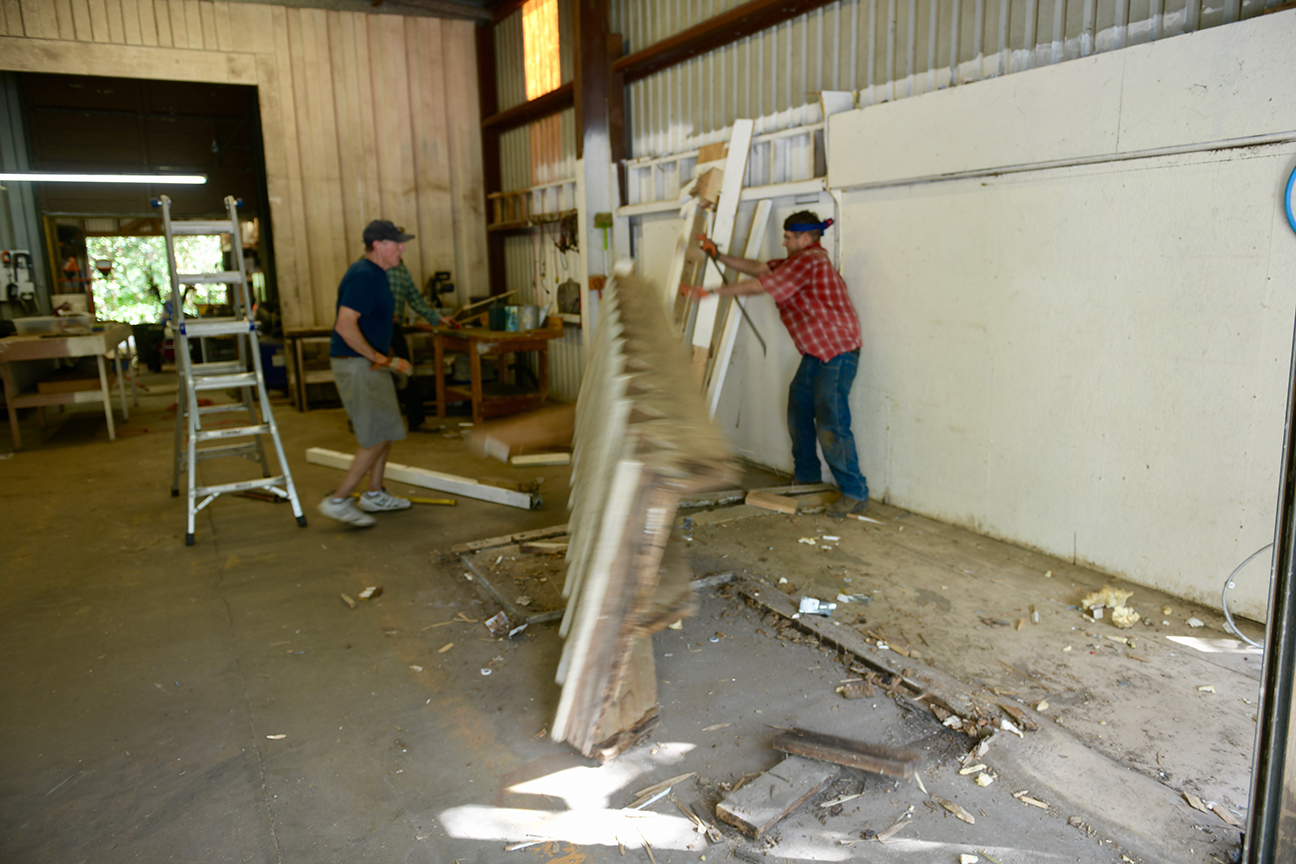 The stairs came down with a crash 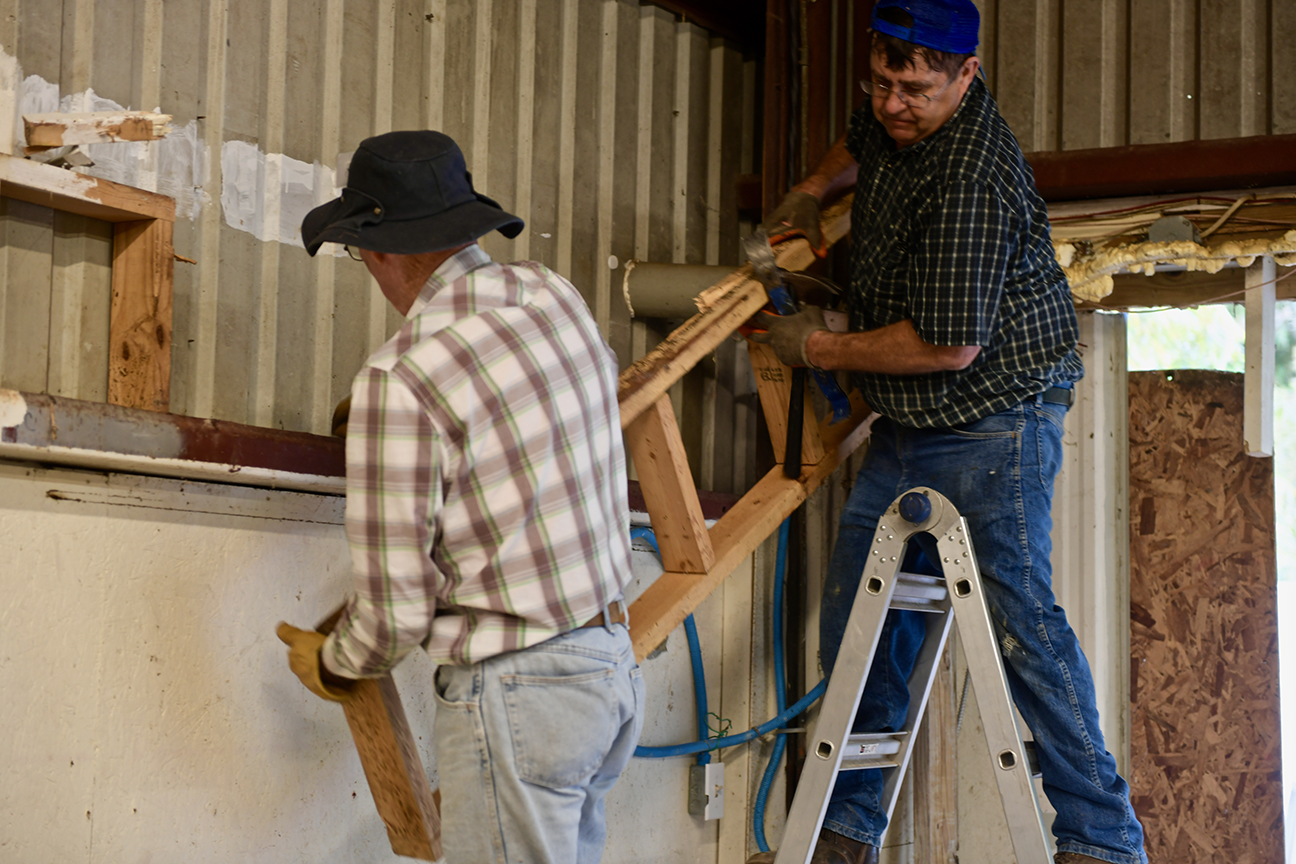 Dave and Ron removing some of the final framing pieces 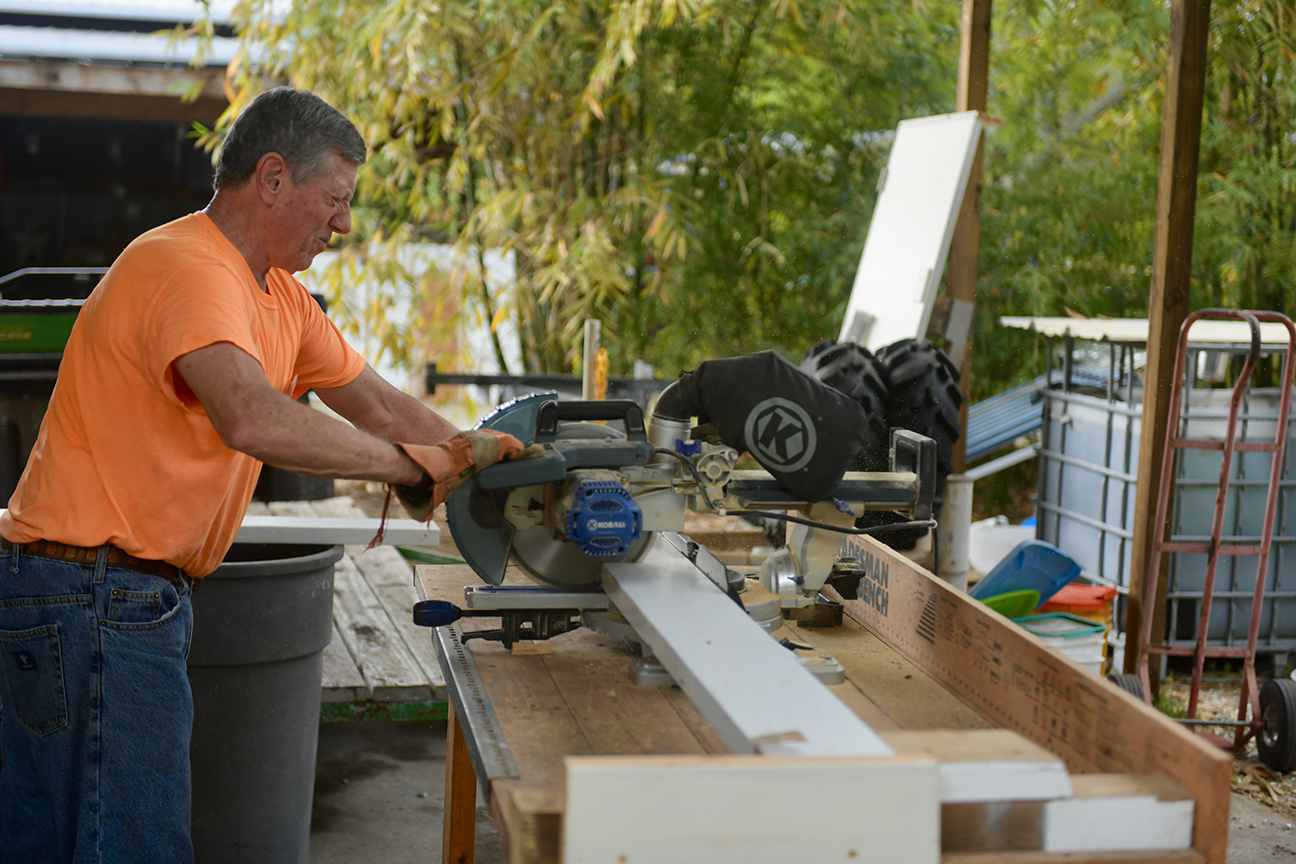 Gary preps boards for new shelving units
After the joists were removed, the boards were prepped by removing all nails and screws and stacking them under an extension of the building.  But they didn’t stay there long, as they were repurposed as part of the new shelving units.  We didn’t have enough of the metal framing for the shelving units, but we cut enough boards to drop in when they arrived. 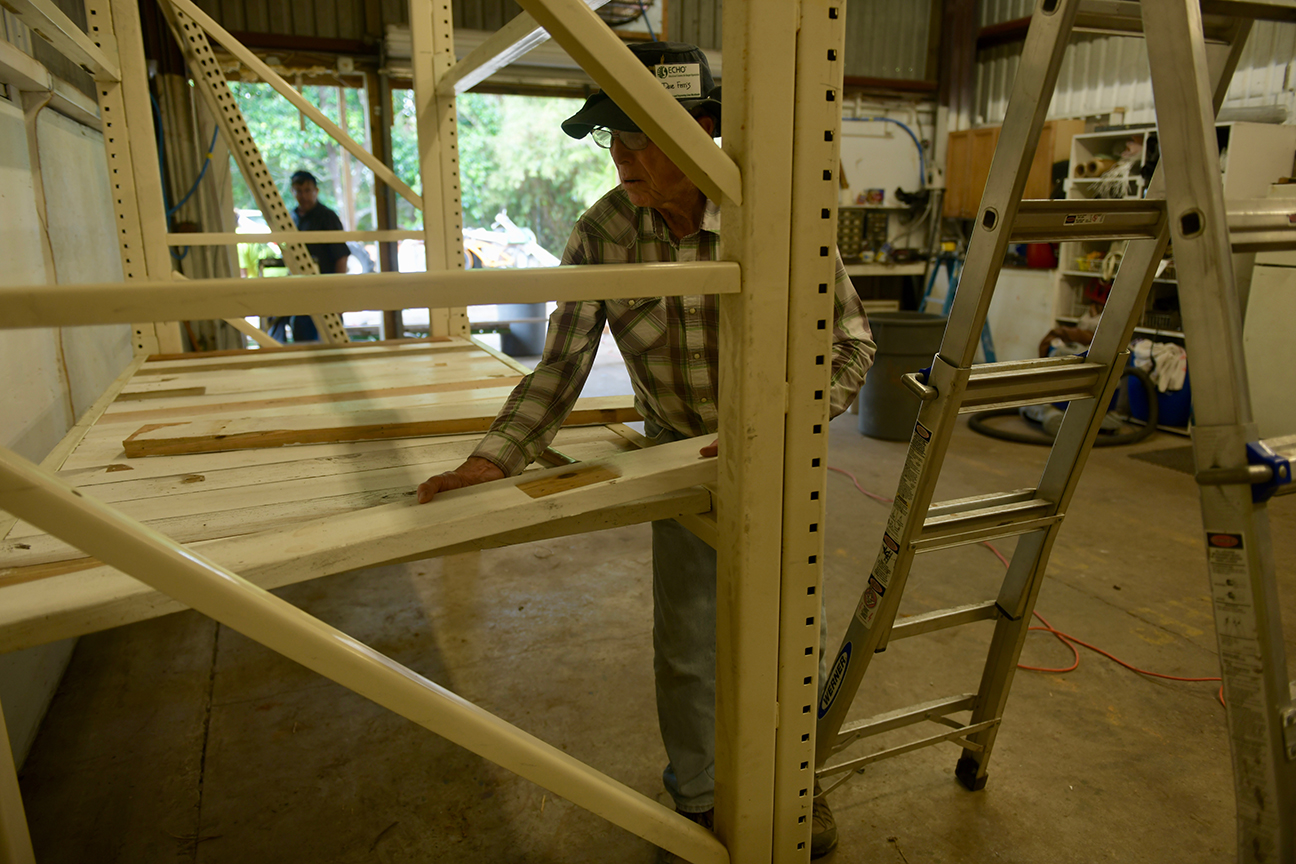 Dave putting the repurposed boards in place
The last task was to replace the entry door that was removed.  The new door would be a few feet to the right of where the door was removed.  The entire door needed to be replaced due to rotting of the door frame. 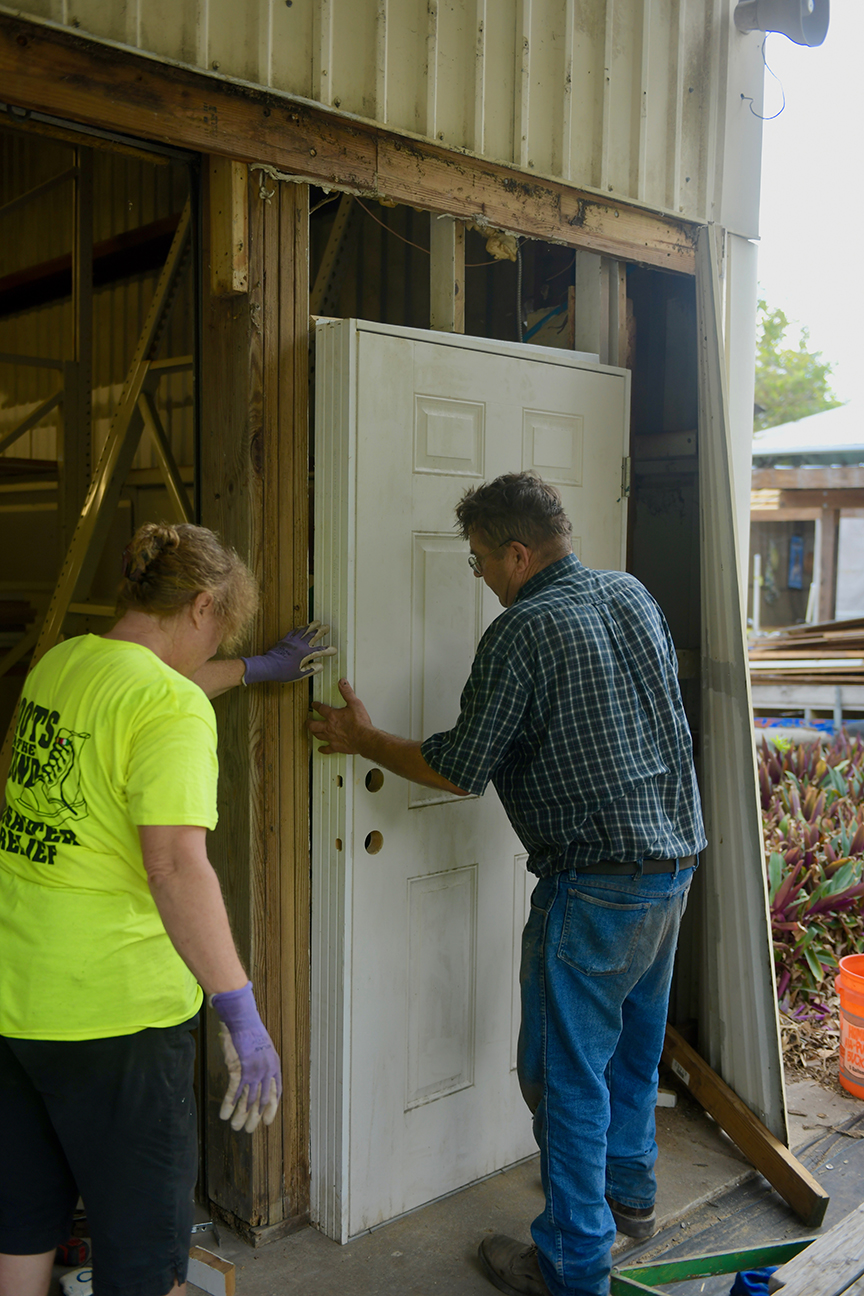 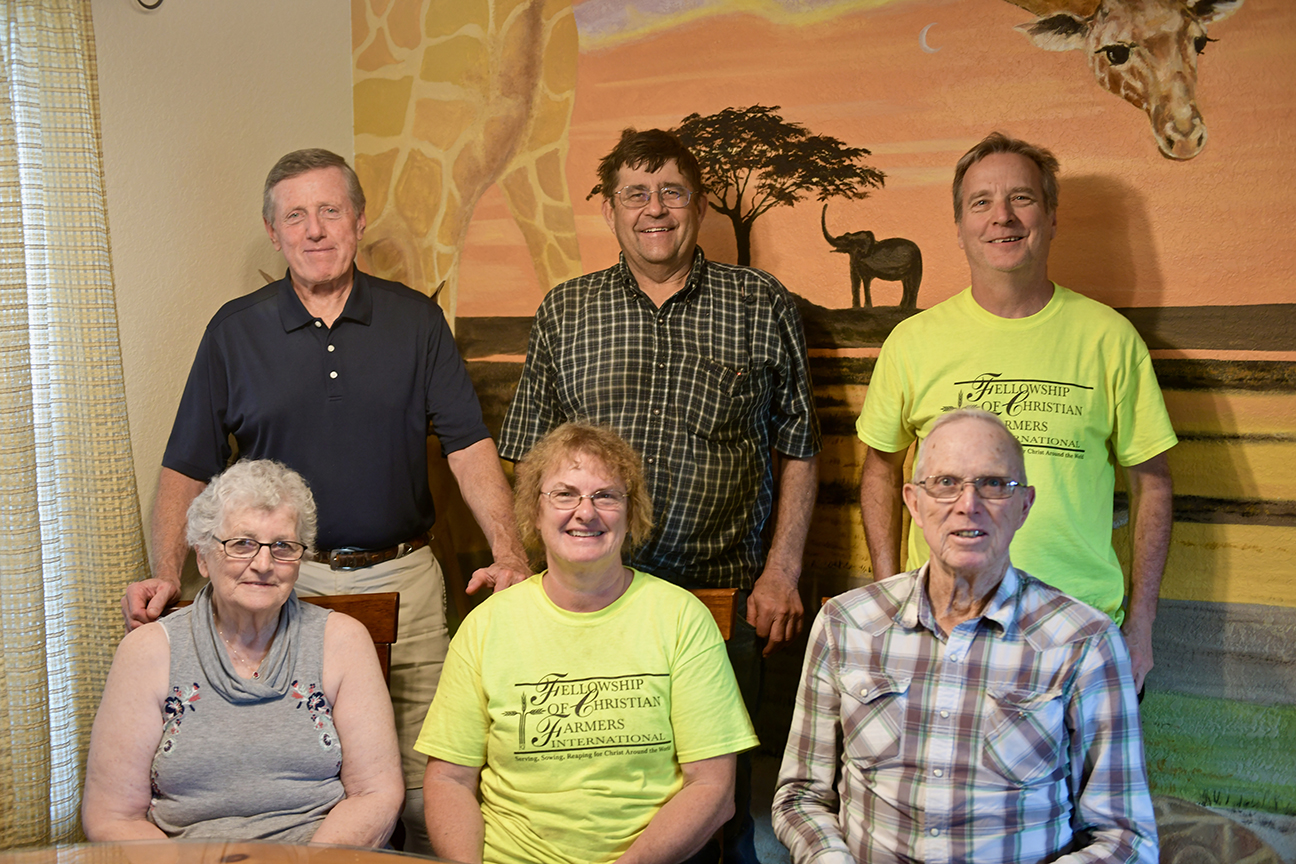 The crew taking a lunch break.  Seated:  Diana Buell, Deb Herrold, Dave Ferris.  Standing:  Gary Cagwin, Ron Herrold, Jerry Druhan
A big thank you to Diana Buell for fixing meals for us at ECHO!  On one of our lunch breaks, Jhon, head of maintenance joined us and told us about hurricane preparedness.  It was a massive undertaking to prepare for a hurricane on the ECHO Global Farm.  They must barricade hundreds of windows, stock up on fuel, both gasoline and deisel, and hope and pray for the best, while expecting the worst.  Since Jhon has been in Florida, he has endured 5 hurricanes, and has never evacuated.  With all the prep work, followed by massive evacuation traffic jams, it just made more sense to hunker down and ride it out. 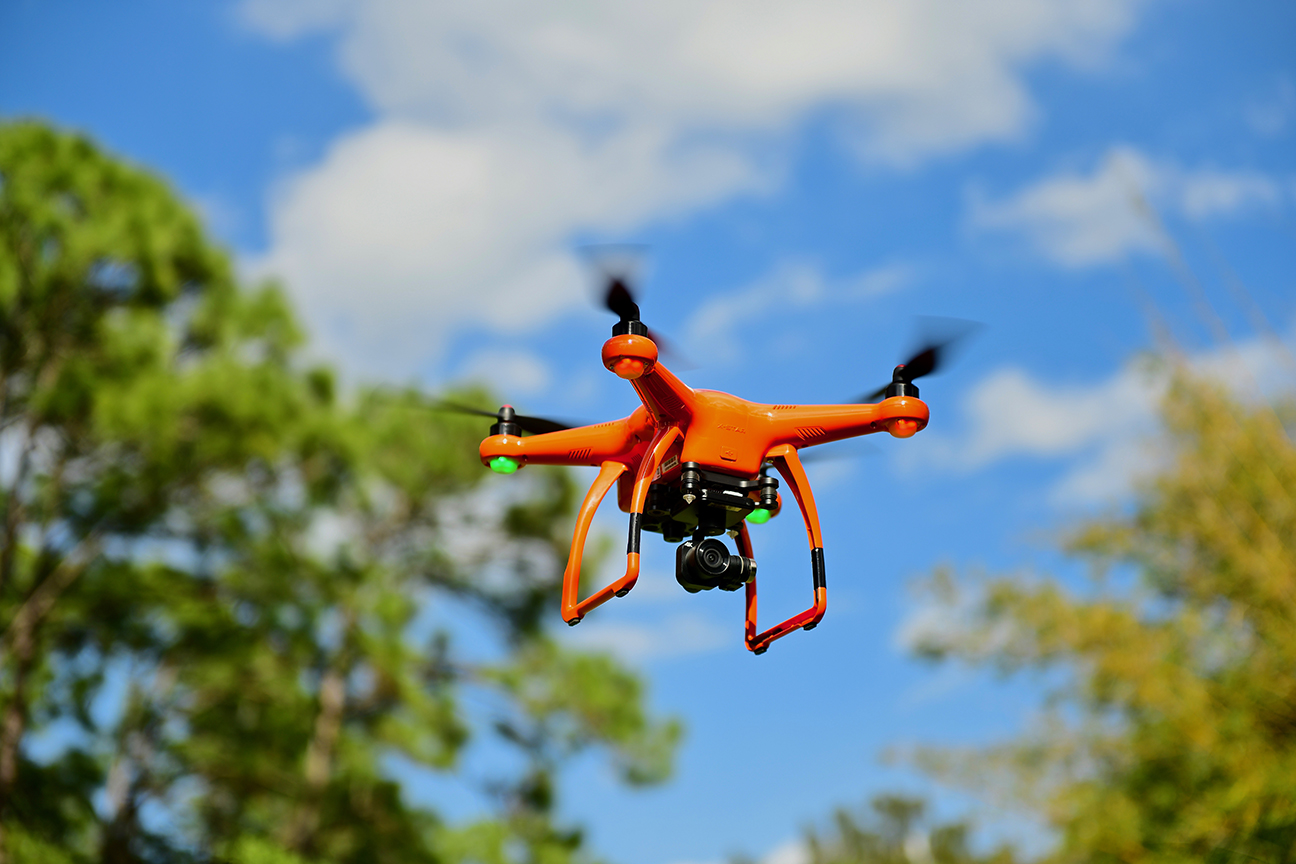 What would a trip to Florida be without drone footage? 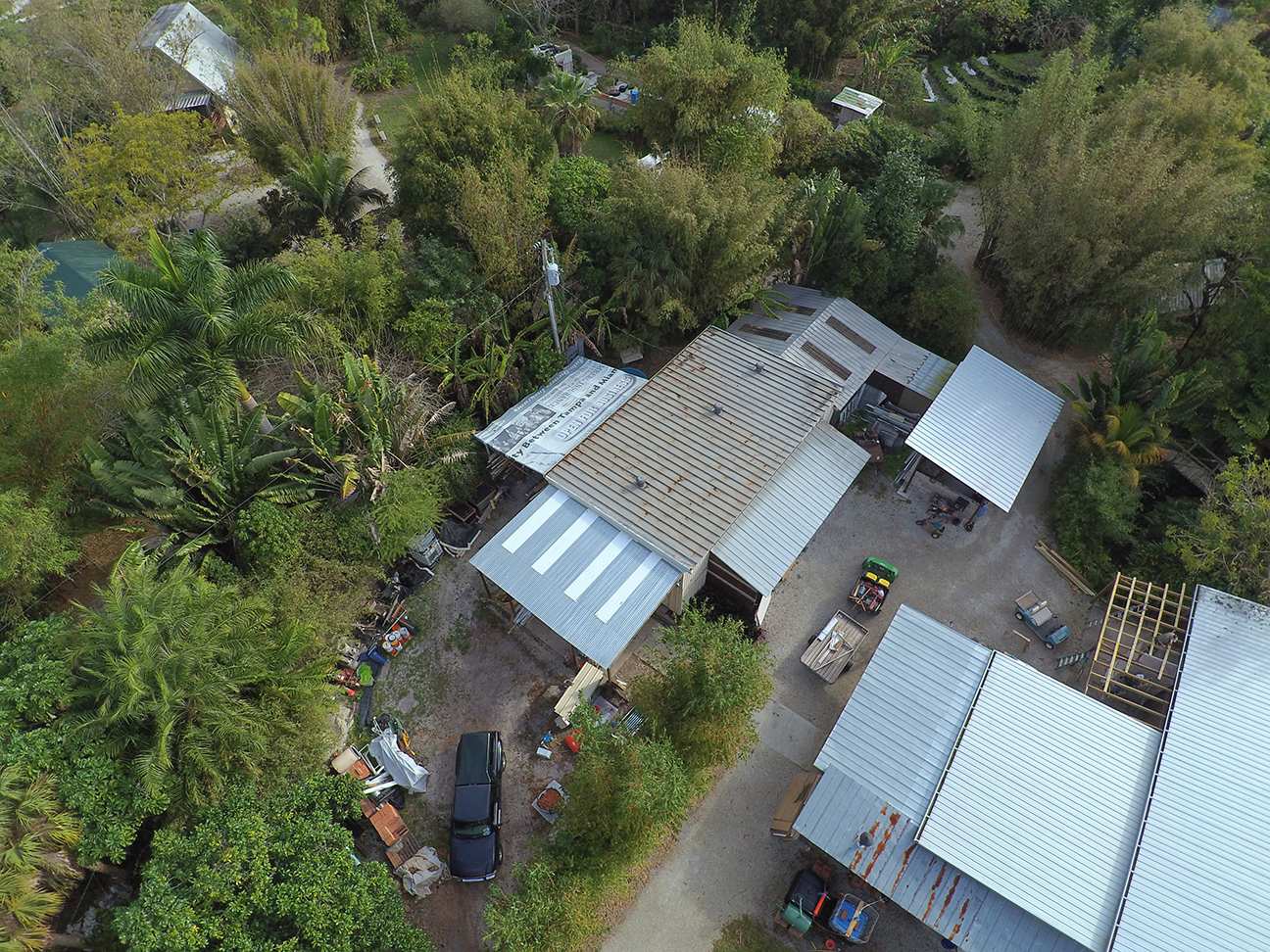 Arial view of the building worksite 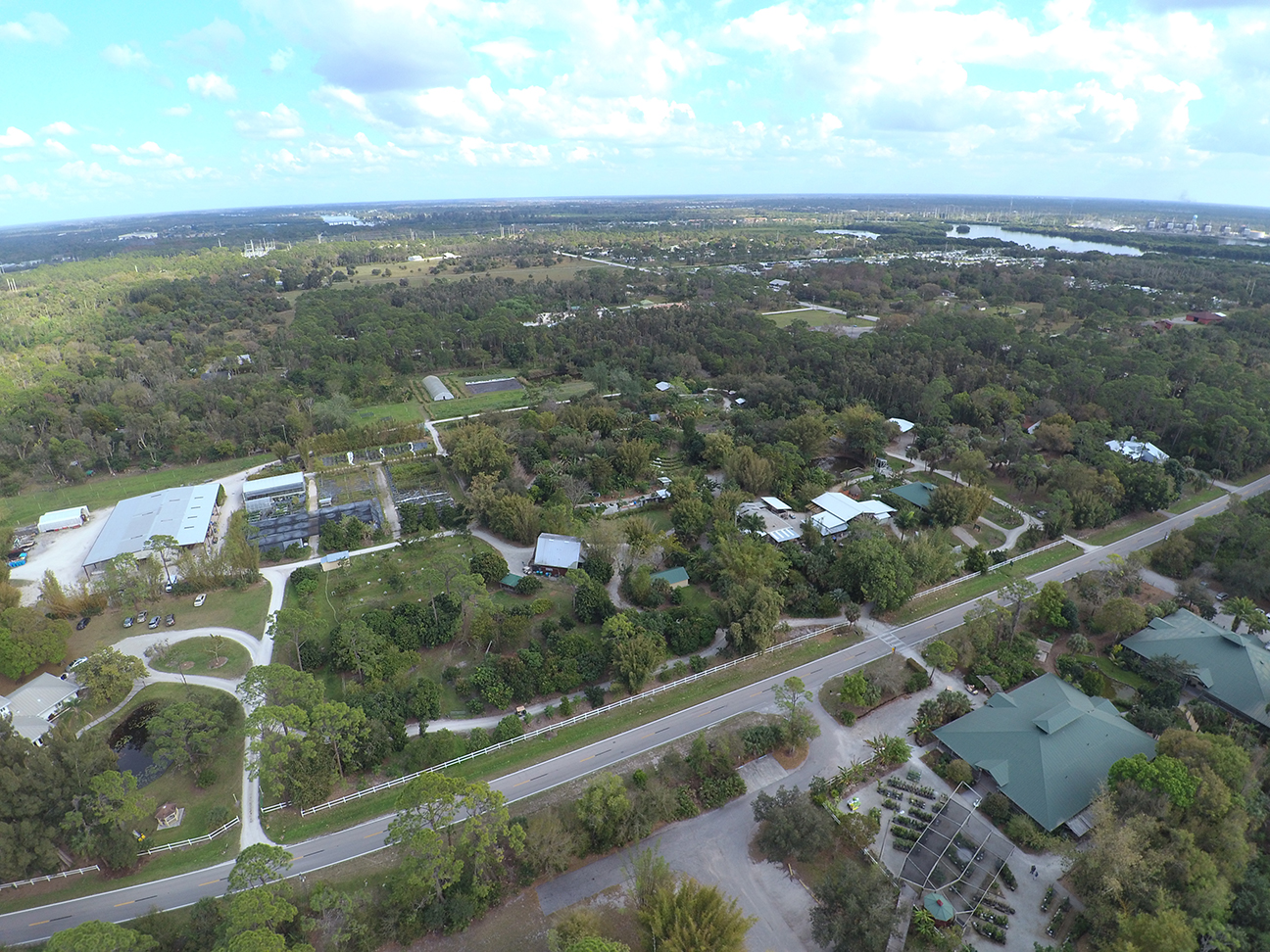 So if you are tired of the snow and cold, and would like to help a worthwhile, Christian-based organization with meaningful and fulfilling work,  and bonus, warm February weather in the 80s, ECHO Global Farms is the place for you.  Strong and handy workers needed!  Contact Ron Herrold at 219-916-3994 for information on future trips to ECHO Global Farms.