29th Annual FCFI Conference Recap and Videos, coming soon! Click the YouTube icon at the footer at the bottom of any page. Videos will be added as they are completed. 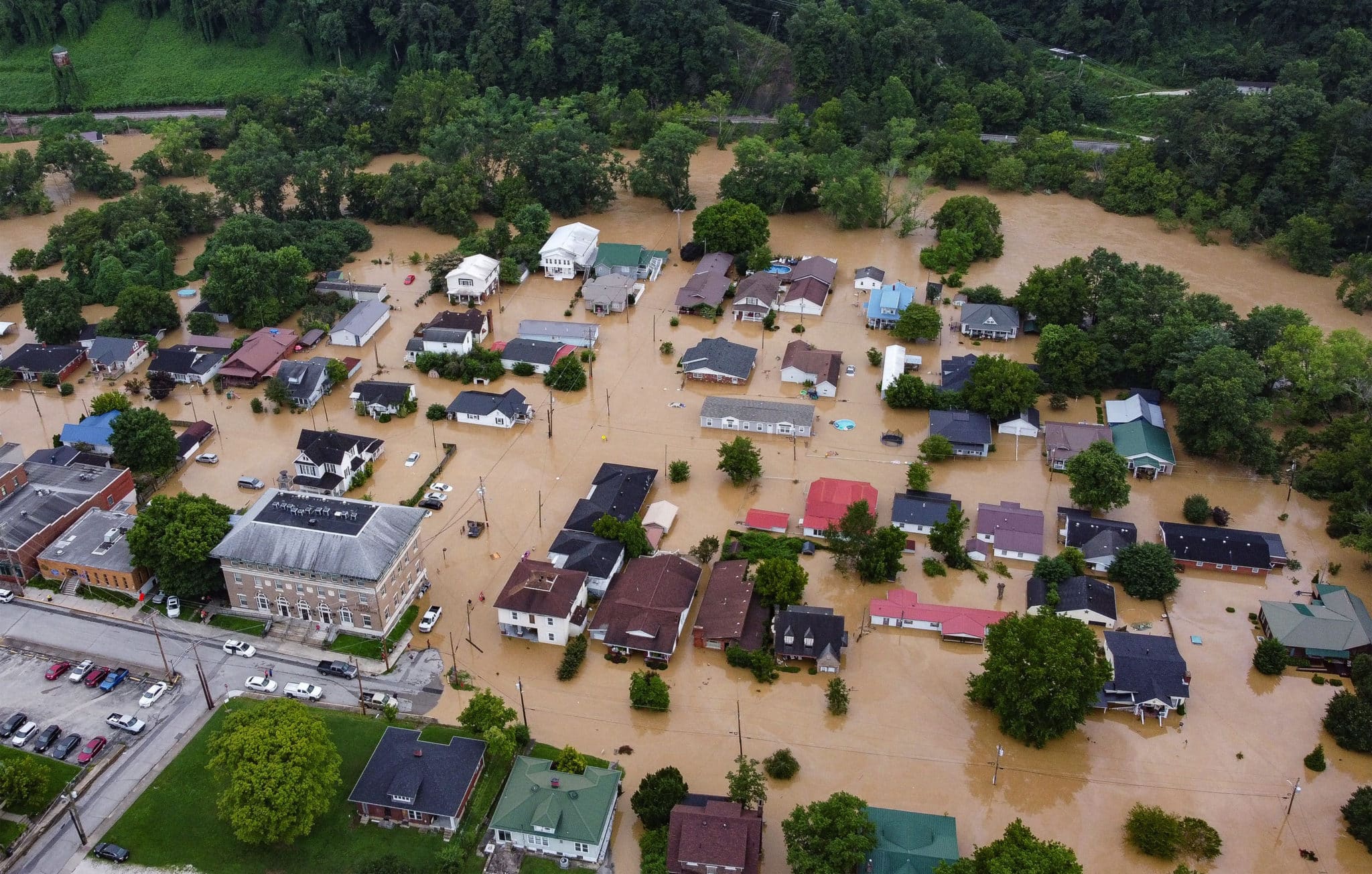 Here are some aspects of this latest flood disaster that stunned even our team of meteorologists and journalists.”

“One Kentucky town witnessed record flooding from this deluge in records dating to at least the Roaring Twenties.

The North Fork Kentucky River at Whitesburg, Kentucky, not only topped its all-time record from January 1957, but crushed it by over 6 feet Thursday.

This was about 11 feet above flood stage, and about 9 feet above the level at which homes along the river begin to flood in this town in Letcher County near the border with southwestern Virginia.

The river rose about 18 feet in 10 hours from midnight through 10 a.m.

Normally, the river is only 1 to 2 feet deep, illustrating the danger of flash flooding on smaller rivers, creeks and streams.

Then, late Thursday night, the North Fork Kentucky River at Jackson topped its previous record that had stood since Feb. 1939, almost 14.5 feet above flood stage. Earlier in the week, the river gauge was reporting a level of only around 2 feet.”

In Jackson, Kentucky, 4.11 inches of rain fell Wednesday. That’s almost an average August’s (4.26 inches) worth of rain in this eastern Kentucky town about 70 miles southeast of Lexington.

Donating at fcfi.org is a great way to participate in disaster relief.  Area Leader Mike Weaver is already on the ground with a small crew doing clean up work.  We are looking for chain saw operators, heavy equipment operators, and clean up crews that don’t mind getting dirty.