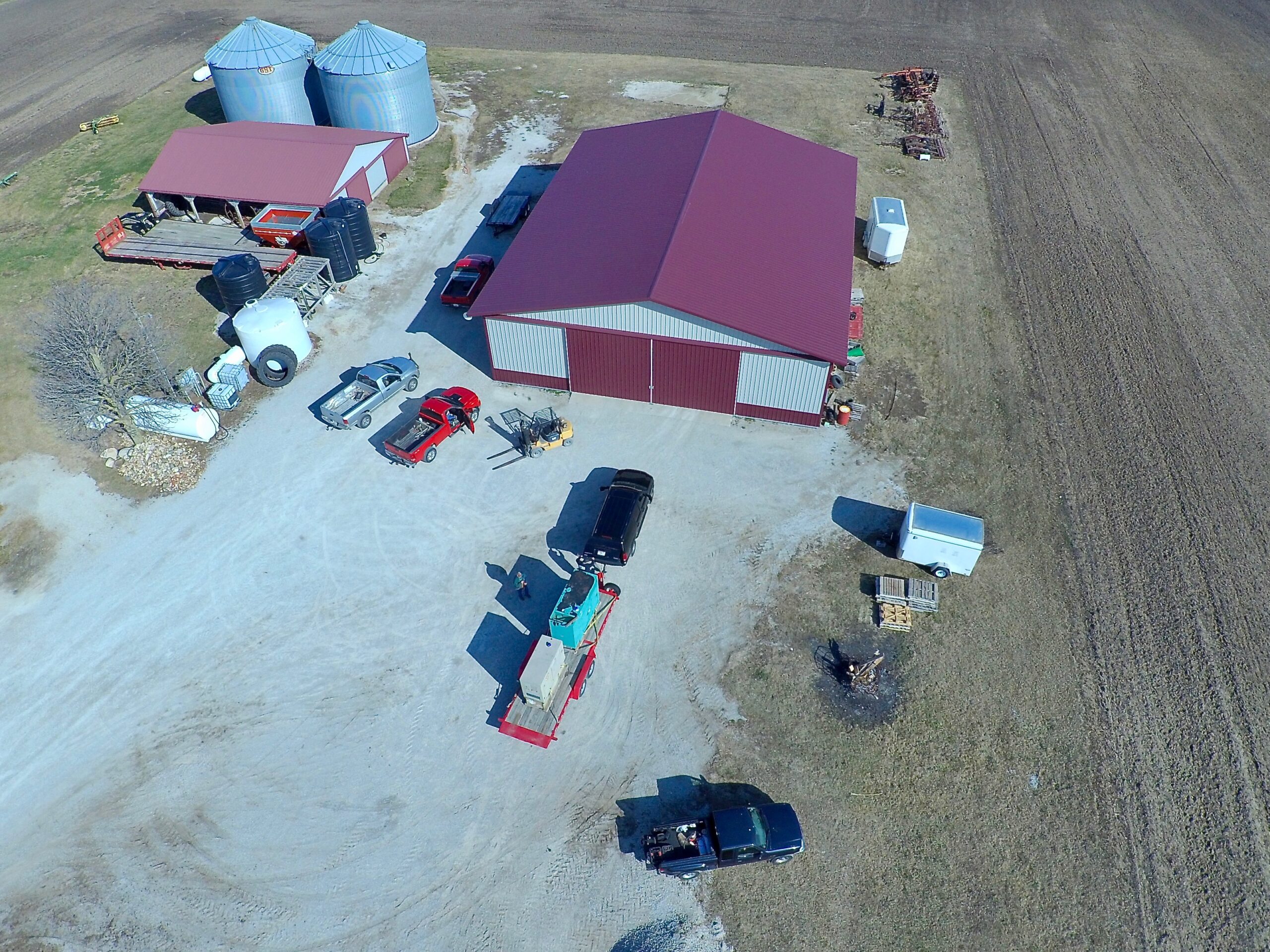 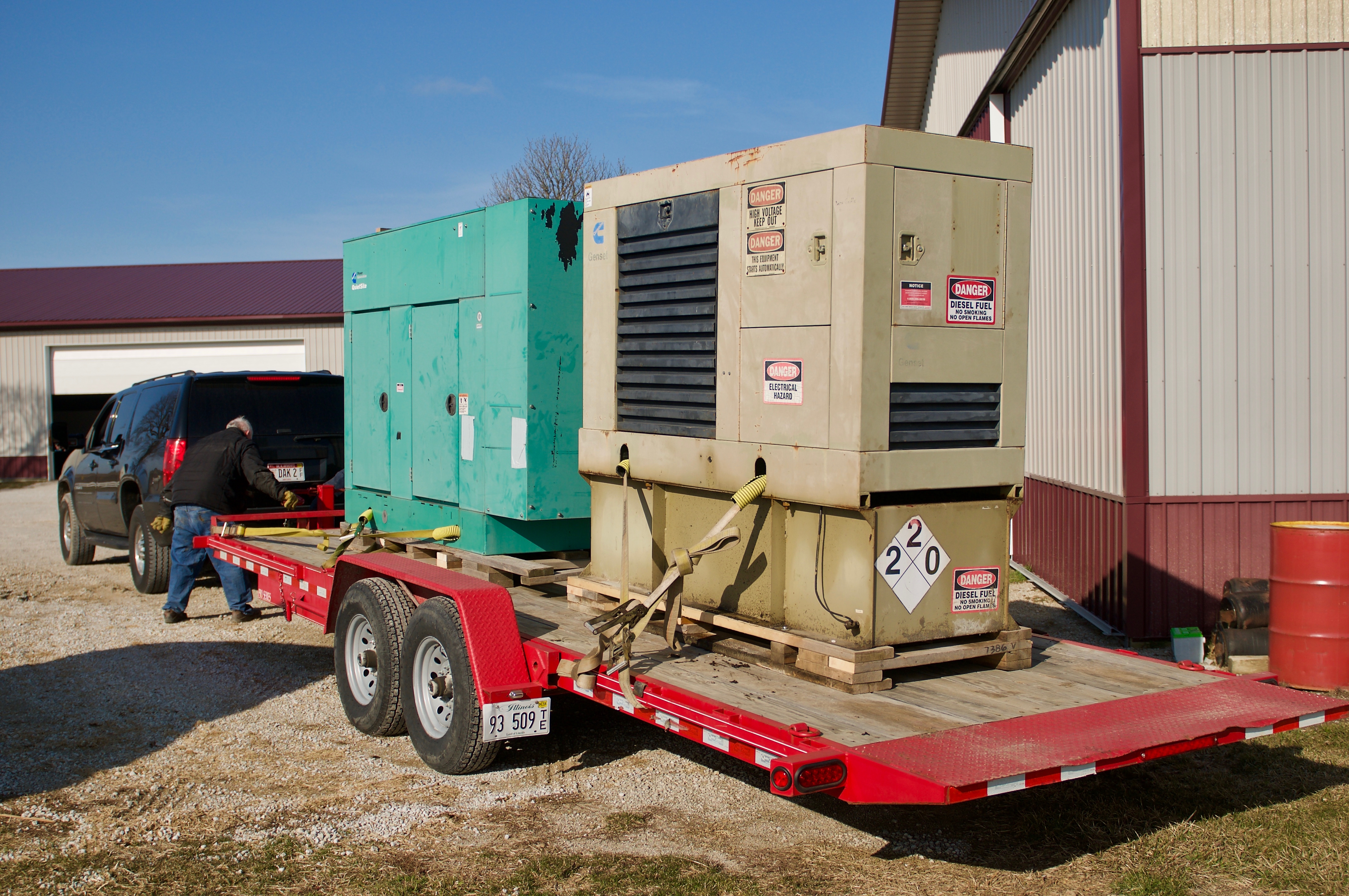 Two generators prepped and ready for transport to Miami, then on to Puerto Rico

Six months after Hurricane Maria devastated Puerto Rico, 93,000 are still without power and water. Although that is only 5% of the population, that doesn’t make it any easier for those 93,000. This has been one of the most expensive and logistically difficult hurricane recoveries to date. The terrain is very difficult to move equipment. The Army Corp of Engineers has been helping the local power authorities restore power, but, by law, they don’t have the authority to upgrade the power system. It would make sense to bury power cables underground, although that would take much longer to implement. Even the 95% that is restored endures some inconsistancies of electric service. So the Fellowship of Christian Farmers, International has again met a need to locate and deliver an additional two generators, paid for by Calvary Evangelistical Mission, to power their Christian radio broadcasts. 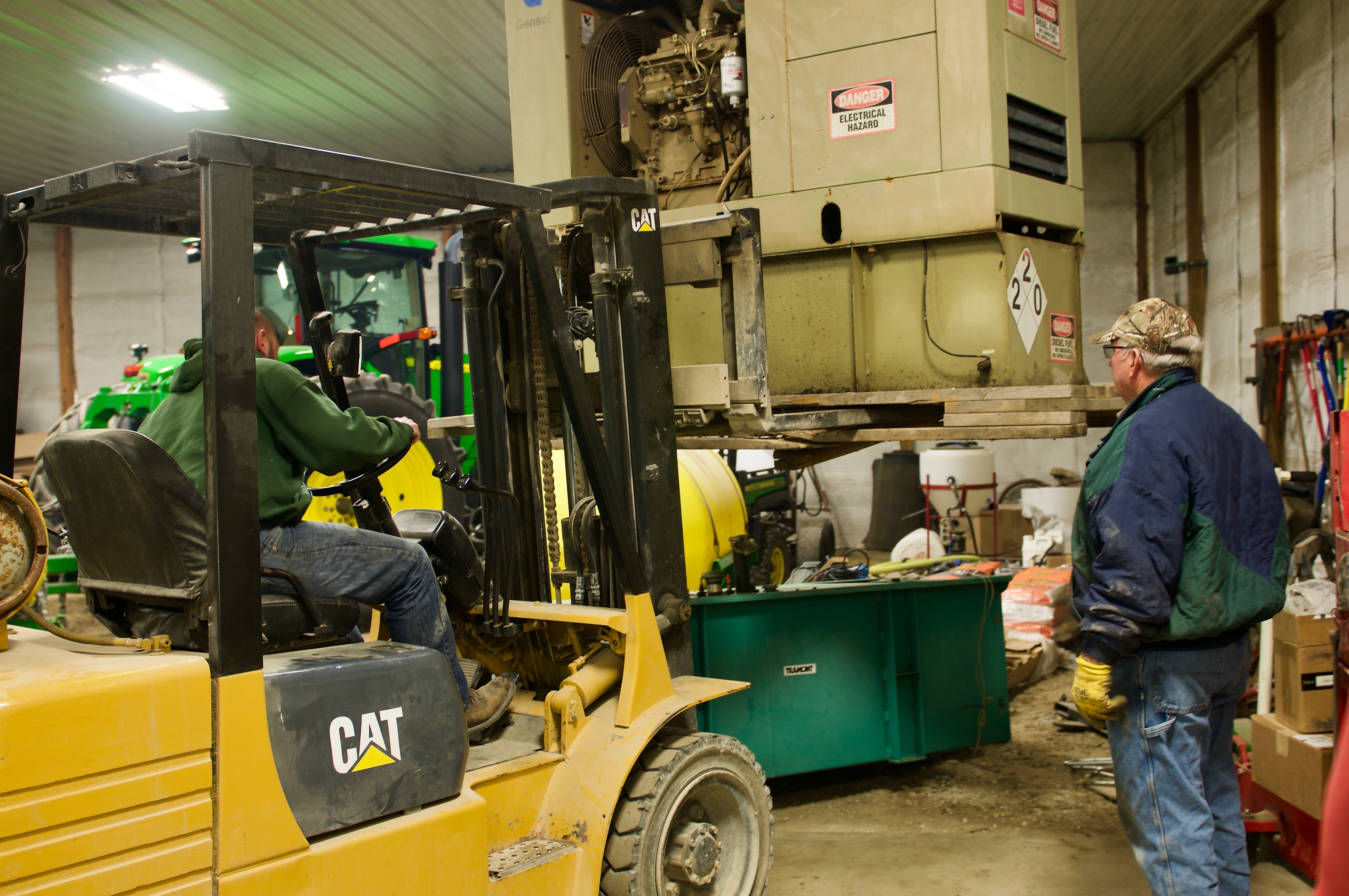 Local farmers and FCFI members Mark Freed, Dave Stutzman, and Dave Weber once again obtained two 50,000 watt generators locally.  Preparation for the trip down to Puerto Rico included removing the diesel fuel tank from the bottom of the larger generator, since they have a suitable tank already, and to make it more cost effective to ship. 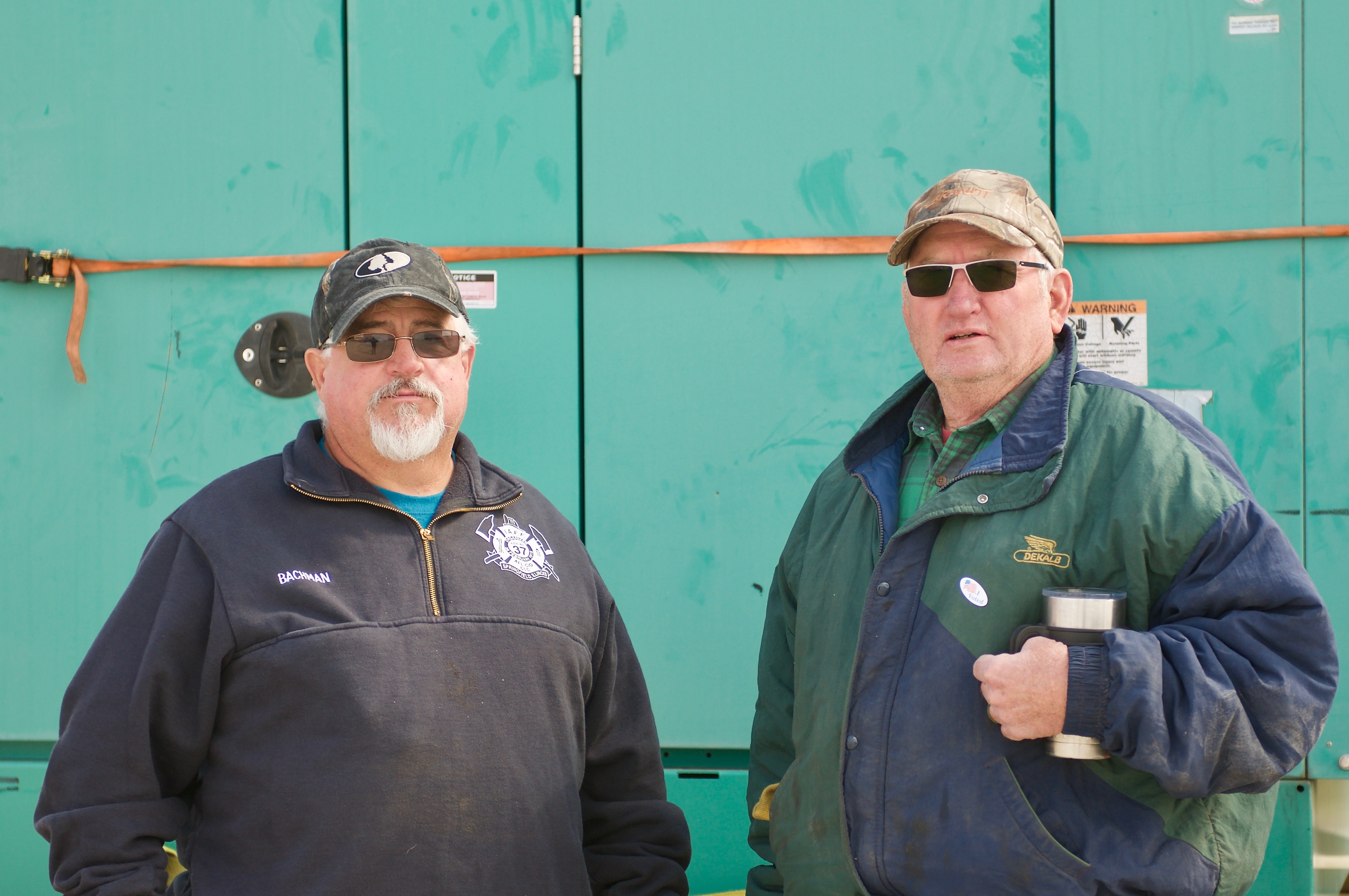 Left to right: Tracy Bachman and Dave Weber. Tracy will be driving the generators down to Miami.

The fuel from the smaller generator was drained into the larger tank, which was not making the trip. The pallets that supported the generators needed to be repaired and resized in order to reduce the generators’ footprints, lowering shipping cost. 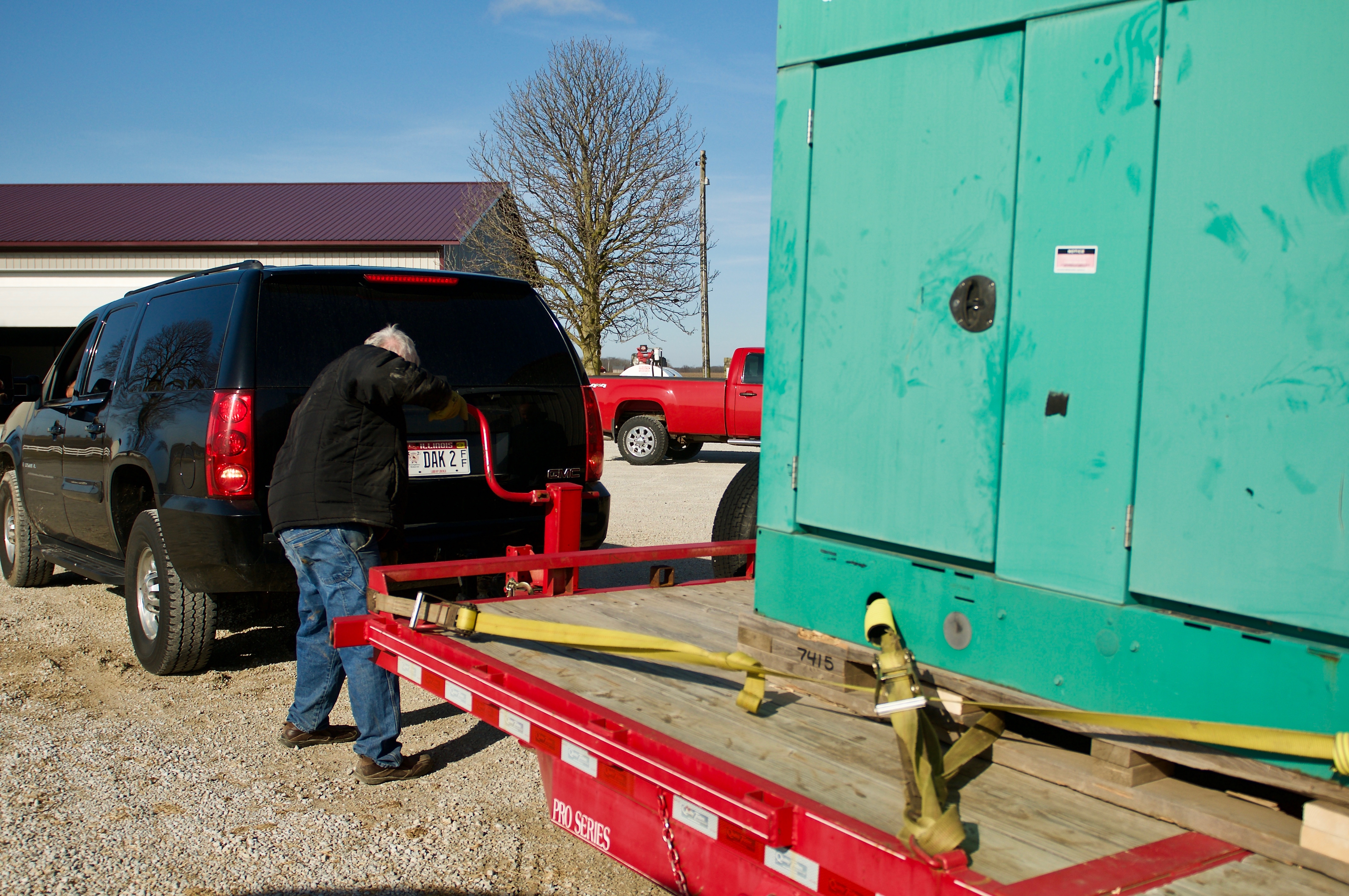 Thick, heavy ratchet straps secured the generators to a flat trailer.  The load was hauled by Tracy Bachman to Miami, Florida, loaded into a cargo container, and shipped to San Juan, Puerto Rico.

The generators will be used to power Christian radio broadcasts in the area. 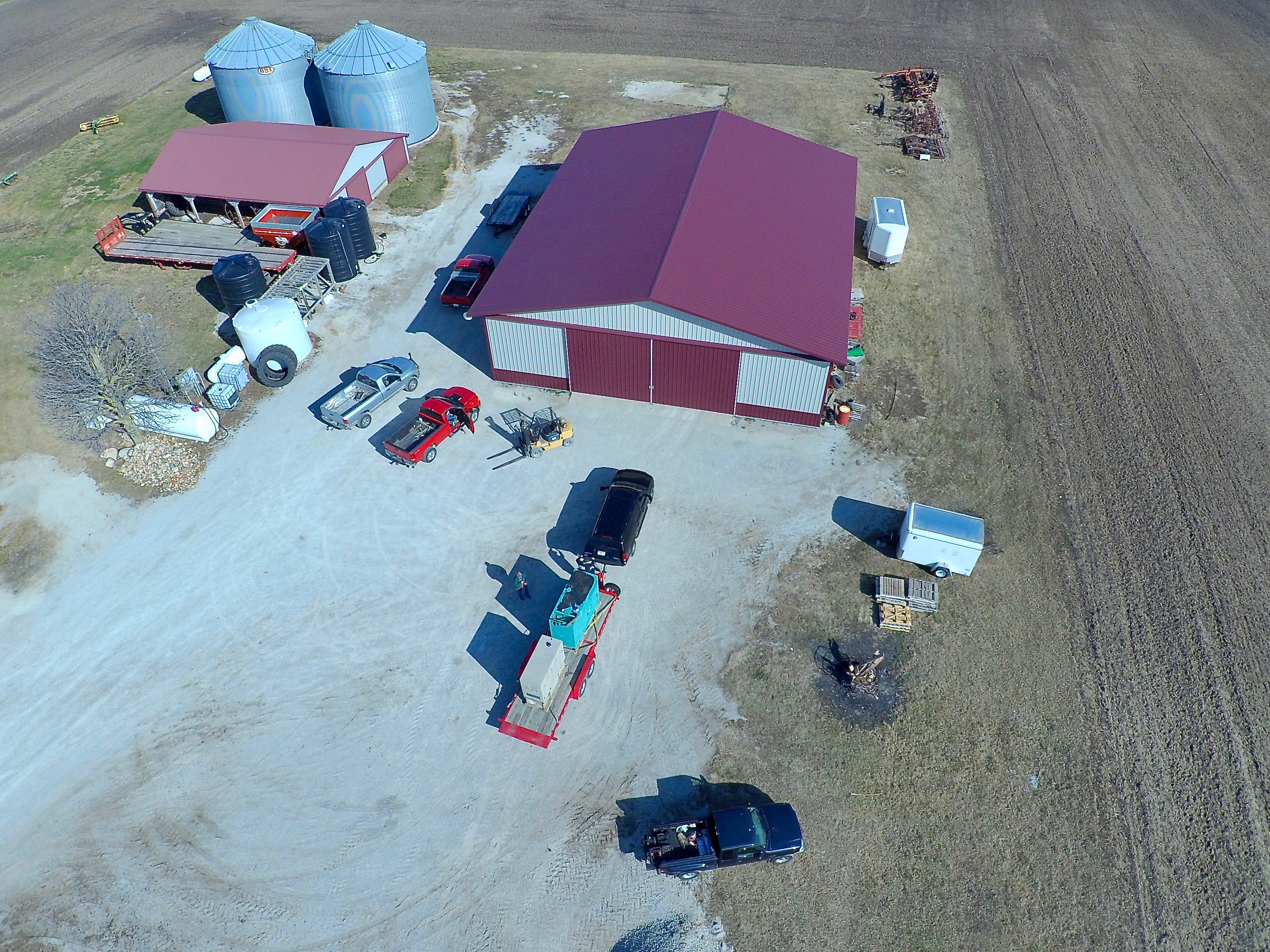 Arial view of generators ready to depart for Puerto Rico

You can view a short video of this project here –> Generators for Puerto Rico II
Please pray for the safe delivery of these generators to their final destinations in Puerto Rico, and that they may be used to broadcast the Word of God to Puerto Rican people. Thank you for your support.